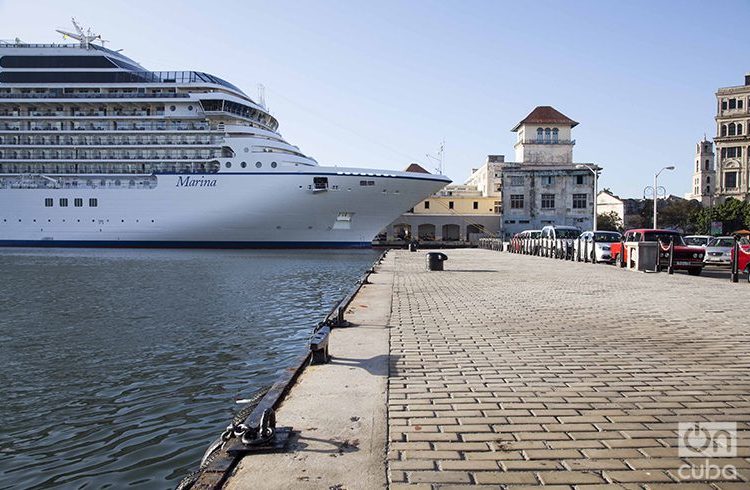 A total of 284,565 U.S. citizens traveled to Cuba between January and May of this year, practically equaling the number of visitors from that country who arrived to the island in all of 2016.

Josefina Vidal, director for the United States of the Cuban Foreign Ministry, published the data on her Twitter account and added that the figure represents a 145 percent increase with respect to the same period last year, when 116,004 U.S. citizens visited the island.

The high-ranking official published this data on the same week in which it is expected that President Donald Trump will announce the result of the review his administration has made of the policy of normalization initiated by Obama and Raúl Castro in December 2014.

It is speculated that the measures Trump could announce include a toughening of the conditions in which his country’s citizens can travel to Cuba, and a ban on U.S. companies negotiating with entities linked the island’s Revolutionary Armed Forces.

Although there has been no official reaction from Havana regarding Trump’s possible announcement, set for this Friday in a rally in Miami, Cuban Foreign Ministry high-ranking officials for days have maintained an intense activity on Twitter.

Cuba’s diplomats have echoed on that media all the news related to the thawing between the two countries and Trump’s plans, with special emphasis on the reports arriving from the United States about political representatives, civil and business groups who are in favor of continuing the rapprochement initiated during the Barack Obama administration.

While U.S. citizens cannot visit Cuba as tourists, Obama relaxed the trips by approving 12 categories to which they could have recourse, among them those for religious, cultural, educational, humanitarian aid reasons or people-to-people contacts.

Direct commercial flights between Cuba and the United States, suspended for more than 50 years, were reestablished in August last year, and several cruise lines also obtained licenses to operate on the island, to which at present large U.S. ships arrive every week.

A poll carried out in March revealed that 86 percent of U.S. travelers believe their visits and businesses in Cuba benefit the local citizens. Those polled said their activities backed the development of the Cuban private sector and favored the exchange on diverse subjects between both peoples.

In late May a bill was presented in the Senate that would put an end to the restrictions imposed on U.S. citizens to travel to the island as tourists and would eliminate the obstacles in the bank transactions related to the trips. The bill has the support of a majority bipartisan coalition in the U.S. Senate.

At the same time, more than 40 U.S. travel companies and associations asked their country’s president to increase trips to Cuba instead of reversing them. The petition, signed by organizations like the American Society of Travel Agents and the United States Tour Operators Association, seeks to influence the revision of the policy toward the island ordered by Trump.

In relation to the results of the revision that should be announced this Friday, Secretary of State Rex Tillerson said this Tuesday in Washington that his country wants to continue as much as possible the policy of rapprochement, but also guarantee that U.S. companies don’t contribute “financial support” to the Cuban government and “incentivize” Havana to respect more human rights.

Ben Rhodes, advisor to ex-President Barack Obama, has said regarding this that given the complete lack of concern about human rights around the world, it would be a tragic irony if the Trump administration resorts to them to justify policies that harm the Cuban people and restrict the freedom of U.S. citizens to travel and do business wherever they want.