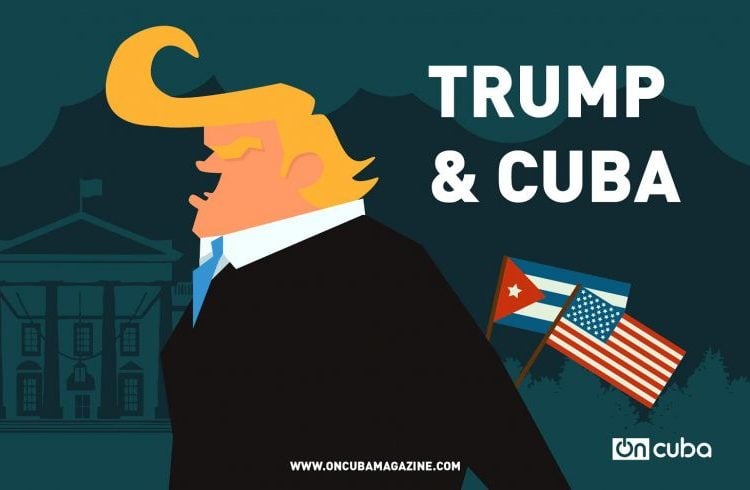 BY THE WHITE HOUSE

President Donald J. Trump is changing the policy of the United States toward Cuba to achieve four objectives:

Enhance compliance with United States law—in particular the provisions that govern the embargo of Cuba and the ban on tourism;

Hold the Cuban regime accountable for oppression and human rights abuses ignored under the Obama policy;

Further the national security and foreign policy interests of the United States and those of the Cuban people; and

Lay the groundwork for empowering the Cuban people to develop greater economic and political liberty.

The new policy channels economic activities away from the Cuban military monopoly, Grupo de Administración Empresarial (GAESA), including most travel-related transactions, while allowing American individuals and entities to develop economic ties to the private, small business sector in Cuba. The new policy makes clear that the primary obstacle to the Cuban people’s prosperity and economic freedom is the Cuban military’s practice of controlling virtually every profitable sector of the economy. President Trump’s policy changes will encourage American commerce with free Cuban businesses and pressure the Cuban government to allow the Cuban people to expand the private sector.

The policy enhances travel restrictions to better enforce the statutory ban on United States tourism to Cuba. Among other changes, travel for non-academic educational purposes will be limited to group travel. The self-directed, individual travel permitted by the Obama administration will be prohibited. Cuban-Americans will be able to continue to visit their family in Cuba and send them remittances.

The policy reaffirms the United States statutory embargo of Cuba and opposes calls in the United Nations and other international forums for its termination. The policy also mandates regular reporting on Cuba’s progress—if any—toward greater political and economic freedom.

The policy clarifies that any further improvements in the United States-Cuba relationship will depend entirely on the Cuban government’s willingness to improve the lives of the Cuban people, including through promoting the rule of law, respecting human rights, and taking concrete steps to foster political and economic freedoms.

Today at 12:30, President Donald Trump is expected to land in Miami, Florida. The hour of his speech, which will take place at the Manuel Artime Theater and where he will make public his new policy towards Cuba, has not been specified. According to CNN and Diario El Político, the changes includes new conditions for travel to Cuba and a ban on trade with Cuban companies owned by military and intelligence services.

“The policy of my Administration will be guided by the key interests of US national security and solidarity with the Cuban people,” says the draft of the five-point, eight-page presidential policy directive, accessed by the chain Television and newspaper.

However, since the date of these announcements was known and the sign of recoil weighing on them, there are multiple reactions in favor of continuing the rapprochement between the two countries, and the warnings of the negative effect of a return to the confrontation have not stopped.

OnCuba continues its special coverage of these events.

That is what Donald Trump says he intends to achieve in his new policy towards Cuba. The president tweeted as he headed for Miami:

Headed to Miami to announce new U.S. policy on Cuba. We are going to empower the Cuban people and hold the regime accountable!

The new policy, AP says, will burden the US government with the complicated task of monitoring Americans’ travel to Cuba to make sure there are no transactions with the armed forces conglomerate (GAESA) that runs much of the Cuban economy.

The announced presence of Donald Trump in Miami will cause traffic congestion in Downtown and around the airport, reports the Nuevo Herald.

The presidential plane will land at Miami International Airport (MIA) at 12:30 p.m. and its announcement will take place at the Manuel Artime Theater, located at 900 SW 1st. Street in Miami, during the afternoon.

The main arteries will be closed for the tour of the presidential caravan, at the beginning and end of the day, that is why it has been announced temporary closures of streets and car routes, El Nuevo Herald published.

It’s Trump’s first visit to Miami since he took office. The last one was last September, before the elections.

Senator Marco Rubio and Rep. Mario Diaz-Balart influenced the new policy toward Cuba. They met with the President last May and advised him to impose his will on the recommendations presented by several deputy secretaries of cabinet agencies, who reviewed existing regulations on Cuba, El Nuevo Herald explains. The agreement was that Trump’s policy on Cuba would be drafted by the White House and the National Security Council, with the help from Rubio and Diaz-Balart, the paper added.

Picture of the night @MarioDB and I hammered out the new Cuba policy. Thankful for his leadership! #cubancoffee #BetterDealforCuba pic.twitter.com/ukpQJo2eev

“In the verge of Trump’s possible announcement of a reversal of some of Obama’s policy towards Cuba, I feel disappointed with many of the arguments presented in American mainstream media by those who oppose the anticipated Trump’s move. Most arguments presented are instrumental about how to harm or undermine the Cuban government without missing opportunities for American business or the new sectors of the Cuban economy. By playing this game, the anti-embargo position surrenders its main and most powerful argument: the immorality of a policy condemned as one of the worst violation of the human rights of the Cuban people and the American people together. This policy has never been about promoting human rights in Cuba or anyplace in the world. It has even prevented cooperation between Cuba and the United States to improve the right to health of many people in the world.

“Two of the most respected and honorable actions Obama made towards Cuba during its presidency were: First, He greeted Raul Castro at Nelson Mandela’s funeral with the dignity of a democratic superpower. He expressed his differences but didn’t restrain from recognizing Cuba’s legitimate place there because of its role in the struggle against apartheid. Second, Obama promoted cooperation with Cuba in the struggle against the Ebola pandemics in West Africa. It saved thousands of lives. It was really criminal to stop this cooperation just to appease and keep relations in good terms with the pro-embargo groups.

“Then they advocated as they advocated now an immoral policy that is not only counterproductive and irrational but also illegal from an international law point of view- according even to the judgement of the lawyers of the State Department in a memo written to Warren Christopher when the Helms-Burton law was approved. It is in line with the worst history of American intervention in Cuba’s internal affairs from the Platt Amendment. It is a stain in United States’ prestige and image all over the world.”

Changes in US policy “could negatively affect hotel brands competing directly with Trump’s commercial empire,” according to CNN.

The prohibition of business and transactions with Cuban companies linked to the island’s armed forces and intelligence services, which will boost the US president, would affect the hotel chain Starwood, merged in 2016 with Marriot, the largest chain in the world.

Starwood manages the hotel the Four Points by Sheraton in Havana, property of Gaviota, tourist arm of GAESA, the business conglomerate of the Cuban army. In addition, it plans to start operating the Hotel Inglaterra, also in the Cuban capital, as part of its Luxury Collection. 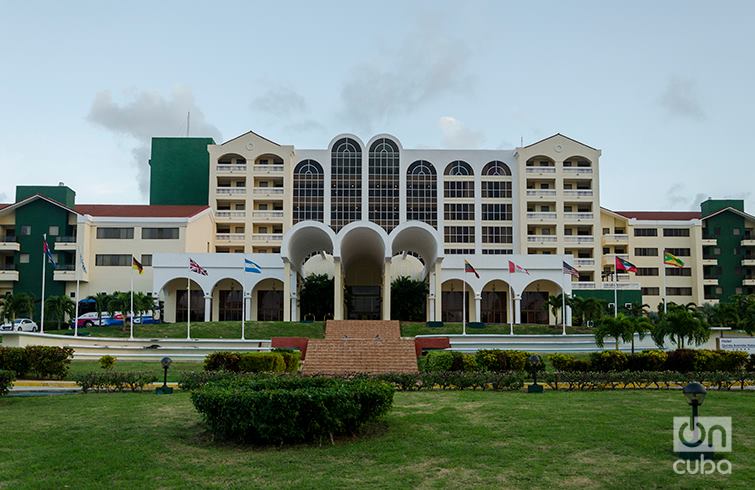 Arne Sorenson, President of Marriott, said Thursday that the Trump administration should “recognize and use travel as a strategic tool in its efforts to improve relations with Cuba, allowing us to be part of a promising future rather than return to the policies of the past “.

Trump told CNN in 2016 that he was interested in opening a hotel in Cuba “when we are allowed to do so.” But the President’s company promised they would not pursue any foreign offerings while he was in the White House, postponing their possible entry into the Cuban market.