The Cuban Minister of Tourism made the statements in a ceremony prior to the International Tourism Fair (FitCuba), which is being held from Tuesday to Saturday in Varadero. During the event, Cuba and Argentina signed a memorandum of collaboration for the development of the sector. 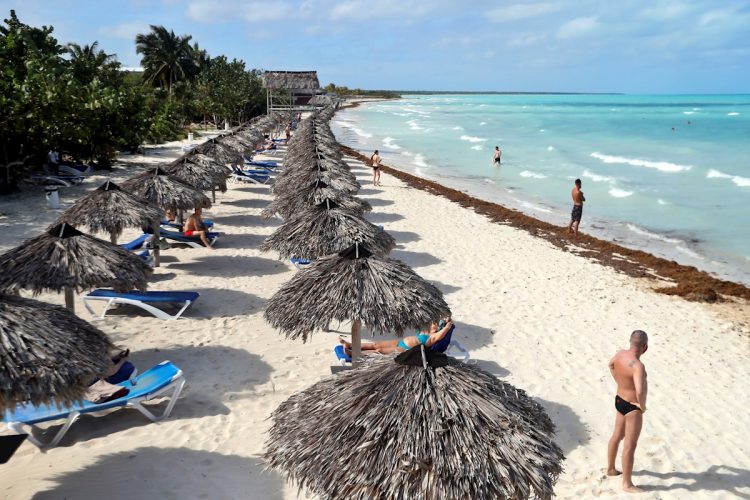 Cuba received more than 450,000 international tourists in the first four months of the year, according to Cuban Tourism Minister Juan Carlos García Granda, quoted by the Spanish agency EFE this Monday. The figure is almost seven times higher than the same period last year, when the country restricted the entry of travelers due to the coronavirus pandemic.

García Granda made these statements in a ceremony prior to the International Tourism Fair (FitCuba), which is being held from Tuesday to Saturday in Varadero.

According to the National Office of Statistics and Information (ONEI), tourists barely reached 64,712 between January and April 2021, a sharp drop compared to the 983,099 who had arrived during the same period in 2020.

“We will recover very soon,” said the minister, who was confident that the government’s forecasts of 2.5 million foreign tourists for the year as a whole will be met. “It is difficult, but we are optimistic,” he said, quoted by EFE.

According to official calculations, the Cuban economy would receive 1.159 billion dollars if it manages to reach that number of visitors. The state tourism sector expects to end this year with 84,906 hotel rooms, 5.7% more than the previous year, despite the pandemic.

García Grande indicated that “the U.S. blockade continues to be a burden for the sector,” but stressed that the Canadian market and some Europeans, including the British, “are recovering.”

The Russian market, he continued, will continue to have “the highest priority,” although at present the flow of travelers has been completely suspended by European sanctions on Moscow after the invasion of Ukraine.

Cuba, García Granda added, is working on new ways to connect both countries, since currently Russian airlines cannot cross European airspace. In the same way, he affirmed that several airlines are reactivating routes to Cuba after the stoppage forced by COVID-19.

In this search for travelers, García Granda and his counterpart from Argentina, Matías Lammens, signed a memorandum of collaboration for the development of tourism, according to the Agencia Cubana de Noticias (ACN) news agency. The memorandum takes advantage of the direct Buenos Aires-Havana flights that Aerolineas Argentinas has resumed since July.

The ONEI estimated at 573,944 international travelers who visited Cuba throughout last year, which represented a decrease of 60% compared to 2020.

The Caribbean country reopened its borders mid last November after the closure forced by the pandemic. This economic sphere represents the second largest item of the gross domestic product (GDP) and its second largest source of foreign currency.

Cuba is going through a serious economic crisis due to COVID-19, the tightening of U.S. economic sanctions and mistakes in national macroeconomic management.