Its attorneys argue that the exploitation concession of Havana Docks expired in 2004 and the cruise port is now Cuban property. 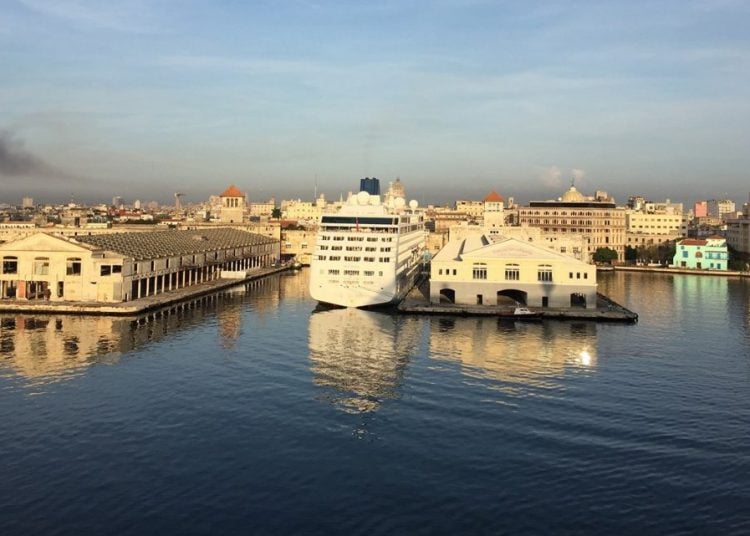 The Carnival shipping company has asked a judge in Miami to reject one of the two lawsuits that have been filed over the use of port facilities in Cuba for its cruise ships because it has no legal basis.

The request refers to the claim of the heirs of the Behn family, owners of Havana Docks, the current Sierra Maestra terminal in Havana, and argues that the open lawsuit under the umbrella of the Helms-Burton Act is unfounded for two reasons: the controversial law does not apply and the concession for the use of port facilities expired in 2004.

In the documentation accompanying the lawsuit, the heirs of Havana Docks maintain that from the moment Carnival started trips to Cuba in May 2016, it “intentionally carried out and promoted its commercial cruise business to Cuba, resorting to the use of the property in question to regularly board and disembark its passengers without the plaintiff’s permission.”

But this does not seem to be Carnival’s understanding, for whose attorneys the Helms-Burton Act is not applicable because it does not define as “trafficking” the use of ports “for legal trips to Cuba, allowed by the Department of the Treasury,” according to the Law 360 website.

The Helms-Burton Act seeks to punish foreign companies that have businesses in Cuba and use properties, or have interests in them, that were nationalized at the beginning of the 1960s. In its content, it defines this act as a case of “trafficking with intervened properties” which did not receive compensation.

In its argument, Carnival opens an interesting page in the case and it’s about the possession of the Havana port facilities in litigation as a “concession of the Cuban state” limited in time. Havana Docks began operating what is now also known as “the cruise port” in 1917 until it was nationalized on October 24, 1960.

The answer of the shipping company says that Havana Docks never had more than a provisional and ownership interest in the terminals until 2004, when the government again held the property.

“In other words, at the time the alleged trafficking was carried out in 2016, the property belonged to the Cuban government because the commercial concession had already expired. Therefore, even without the erroneous confiscation by the Cuban government, the property would no longer belong to the plaintiff at the time Carnival began using the facilities to travel legally to Cuba. “

In the lawsuit, the heirs of Havana Docks intend to be compensated, with a minimum of 9.2 million dollars, which is the value determined by the Federal Commission for the certification of claims. But actually they are aspiring for a judge to award them triple that amount as they affirm in the conclusions of the lawsuit.

This is not the only lawsuit against Carnival. The heirs of a family from Santiago de Cuba are also suing the shipping company for the use of some port facilities in the eastern Cuban city.

On the other hand, something happened that was expected. This case was initially assigned to Judge James L. King, who had intervened in the case of compensation for the downing of Brothers to the Rescue aircraft in 1996. Apparently, given his age, 91, he is the oldest judge in the United States, the lawsuit has been handed over to Judge Beth Bloom, 56, named by President Barack Obama in February 2014 as a federal judge in South Florida.