They consider the cultural exchange is a "guise" that benefits "artists that predominately support the Cuban regime." 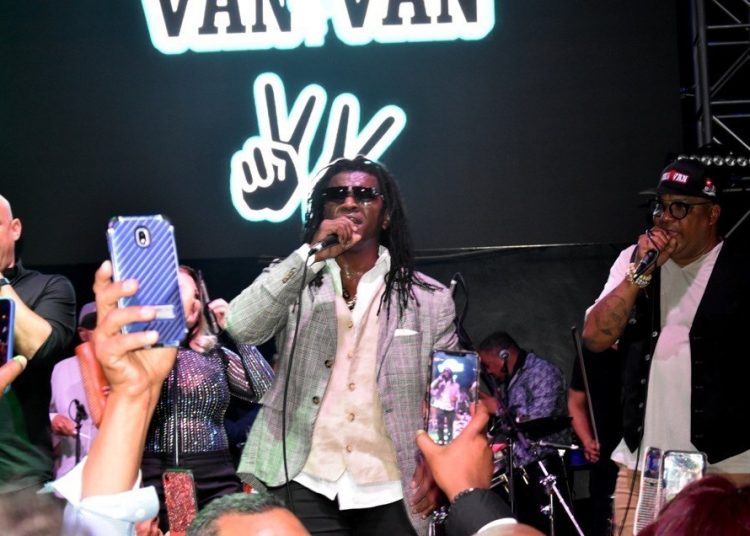 Los Van Van during their performance on May 30 in Miami. Photo: Lionel Watson / Facebook.

A resolution by the City of Miami is urging the United States Congress to enact legislation that would permit states and local governments to prohibit the contracting with performers and artists “who do business with or are funded by Cuba.”

The initiative, presented by Mayor Francis Suarez, affirms in its preliminary considerations that “notwithstanding the many changes in Cuba, the Cuban government has shown no improvement towards respecting basic human rights.”

And on the other hand, it argues that “under the guise of cultural exchange, Cuba permits artists that predominately support the Cuban regime and who ostensibly defend a regime that has for decades violated human rights and supported terrorists to engage in expressive activity.”

This “initiative” comes a few days after a concert given by the legendary orchestra Los Van Van in Estudio 60 in the city of Miami celebrating the group’s 50th anniversary. The show was sold out and the group, with Mayito Rivera and Pedrito Calvo as special guests, received a historic welcome. Among the hundreds of attendees, their songs, which are classics among Cubans, were not only applauded, chanted and danced along with, but dollar bills were also thrown on stage, in a very peculiar demonstration of support.

Los Van Van’s first concert in Miami took place in 1999 and was a turning point in the way that city’s Cuban community expressed themselves in front of the artists who came from the island. On that occasion, the displays of rejection were overshadowed by the public’s empathy and welcome.

A chronicle of the time in the Spanish daily El País reported: “Los Van Van have returned to Cuba safe and sound after revolutionizing Miami with a concert of very hot salsa, which ended with riots in the street provoked by violent anti-Castro exiles. The popular Cuban orchestra came home without a scratch, because the target of the stones and bottles thrown by the anti-Castro elements at the end of their performance was the audience and not the musicians.”

From that moment onwards, gradually, the city was increasingly willing to receive Cuban artists.

The concept of cultural exchange refers to a two-way phenomenon. It is not only Cuban artists living in Cuba who act or present their works in the United States, and therefore obtain some economic benefit, but also American artists or residents in the United States who appear more and more frequently on the island.

A documentary by Juan Carlos Travieso precisely deals with this topic, within a larger context of cultural relations between the two countries, which benefited greatly from the bilateral decision of Cuba and the United States to normalize their relations in December 2014.

These cultural exchanges began since the presidencies of Ford and Carter, and at the time of the relative thaw in relations between the two countries. In 1979 an unprecedented event took place: the Havana Jam, a concert in the Karl Marx Theater where Cuban and American musicians performed: Billy Joel, Stephen Stills, Rita Coolidge, Fania All Stars, along with Irakere and Aragón.

Those beginnings, however, were interrupted by the general deterioration of bilateral relations that occurred especially with the Reagan administration.

The Donald Trump administration’s sustained escalation of tensions towards Cuba is aimed at reversing the legacy of the Obama administration in terms of rapprochement with Cuba, and an initiative like this one by the city of Miami could be taken notice by many, although it is very difficult to predict if it will be able to achieve any legislative result in Washington.