The Republican politician praised Trump's most recent measures toward Cuba, but regretted that Cubans "face extreme hardships when applying for lawful U.S. entry." 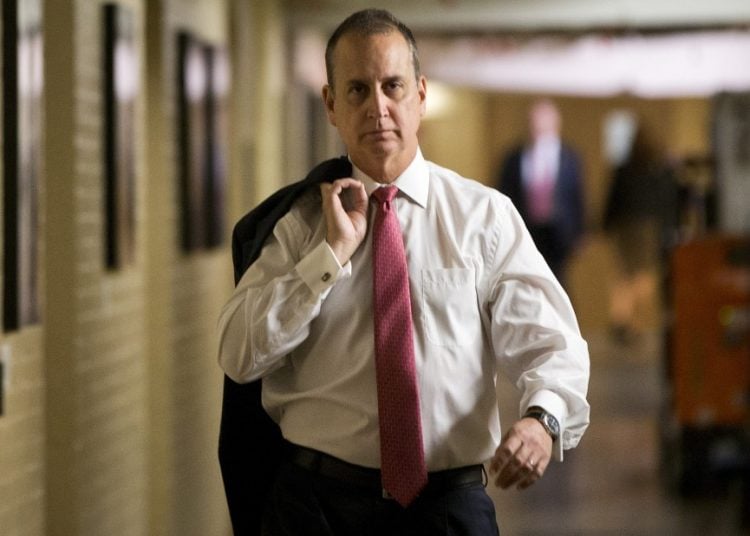 After more than a year of demands by the Cuban-American community, U.S. Congressman Mario Díaz-Balart requested in a letter to Secretary of State Mike Pompeo that the U.S. government “improve” the visa procedures and consular services in Cuba.

The Republican politician praised Trump’s most recent measures towards Cuba, but regretted that Cubans “are facing extreme hardships when applying for lawful U.S. entry,” following the “reduction” of diplomatic and consular personnel since 2017 due to allegations of a “sonic attack” against them.

Díaz-Balart gave in to the pressure of his constituents, who for months have demanded a response from their political representatives in Florida in the face of the paralyzation of the Cuban Family Reunification Parole Program (CFRP).

Recently, several Cubans living in the United States, distressed by family separation, launched a campaign on Twitter and other social media to get the attention of the country’s political decision-makers.

The main demand of Cubans is to find a U.S. embassy in another place to start to process cases that have been completely stopped since 2017, while other types of visas continue to be processed in third countries.

A few weeks ago they received a reply from the State Department, where the official Kimberly Breier asked for “patience” while the government sought a solution for the parole cases.

The campaign continued under the hashtags #ContinueCubanCFRP and #ReopenTheCubanParole, where most Cubans ask about the time it will take to reopen the cases and demand putting an end to the uncertainty.

In the letter, published on his website, the Republican legislator said that since the “health attacks occurred against U.S. personnel in Cuba…most of U.S. Havana-based consular services have ended.”

Díaz-Balart stressed that “the visa process for Cuban nationals, particularly pro-democracy and human rights activists,” is being detained, as well as those applying for a visa under the Cuban Family Reunification Parole Program (CFRP).

However, just a few months ago during the legislative elections in November, Cuban-American Senator Marco Rubio gave evasive answers to several of his constituents’ demands about the subject and no politician seemed to be clear on the matter.

We are inquiring for a legal emigration process protected by Law. We have met all the requirements and paid the fees. We deserve a real solution after waiting for more than two years. @marcorubio @SenRickScott #CFRP pic.twitter.com/uJzONJrkey

It is “nearly impossible for pro-democracy activists and those applying under the CFRP program to gain lawful U.S. entry,” Díaz-Balart told Pompeo.

He also described as “alarming” the granting of visas to “regime operatives,” such as those granted to the Los Van Van musical group as part of the cultural exchange with the United States.

“It is troubling when regime operatives and apologists seem to enter the U.S. with relative ease, while deserving Cubans face nearly insurmountable expense and travel requirements when applying for U.S. entry,” he said.

The letter was sent on the same day that the mayor of Miami, Francis Suarez, presented an initiative to the city to restrict cultural exchange and stop the granting of visas to “regime-related musicians.”

He also explained that Cubans who process their entries through CFRP have already paid fees and medical examinations, as well as scheduling appointments that were interrupted without prior notice.

“It appears inconsistent with our current strong U.S.-Cuba policy to grant the extraordinary privilege of U.S. entry to regime and pro-regime individuals who actively subvert U.S. interests, while hindering U.S. entry to deserving Cuban nationals,” said the congressman.

Diaz-Balart finalized the letter again showing his support for the most recent policies and measures taken by the Trump administration towards Cuba and asked that Pompeo “assess lawfully and according to the president’s political objectives, ways to improve consular access for deserving Cubans.”