The Cubans defeated Azerbaijan and were unbeaten in four sets in the Emerging Nations global championship. They already secured their place in the semifinals, where they will face a rival superior to all their group opponents. 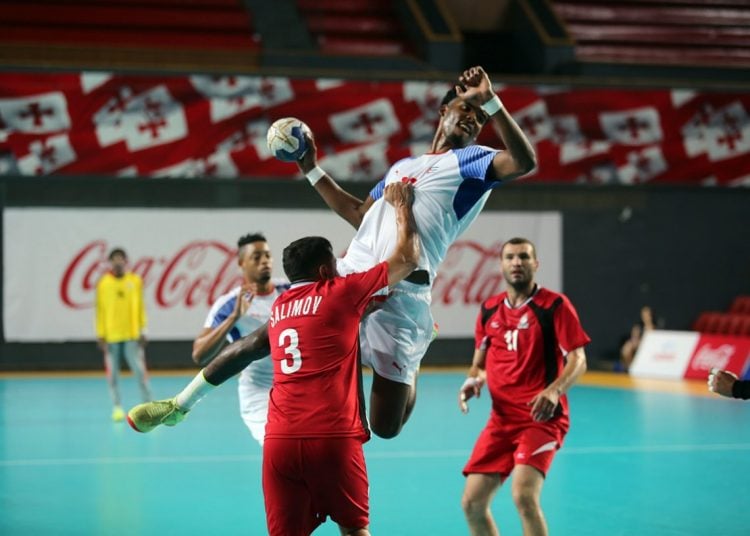 Without making too much of an effort, the Cuban handball team remained unbeaten in the Emerging Nations World Cup in Tbilisi, Georgia, where they defeated Azerbaijan 31-26 and secured directly passing on to the semifinals as first place in group A.

The Cubans balanced their forces and focused on controlling the score without excesses, knowing that the most complex challenges in the global tournament are still to come. Without too much speed, they eliminated the first half 16-13, and in the complement they finished 15-13

Technician Luis Enrique Delisle let 13 of his pupils play, in order to distribute the minutes and not tire the legs of the most important men.

The formula had its results, because 11 players managed to score, especially Dariel Garcia, who scored five. In general, the Cubans were very effective, with a 66% success in 47 goal shots.

In this aspect, Reinier Taboada (three points), Claudio Ramos (four), Fredy Lafortán (two), Adonys García (four) and Magnol Suarez (one) did not miss a single shot, while Eduardo Valiente only missed once on four opportunities

For Taboada the day turned out wonderfully, because in addition to the perfect record in the goal shots, he distributed six assists during only half an hour in court. Such figures earned him the prize as Best Player of the Game for the Caribbean team.

“I think it was a pretty simple game. I’m satisfied with the victory and now we will continue in the fight,” Taboada pointed out to the official website of the event.

Apart from the offensive display, Cuba again impressed with the work of goalkeeper Magnol Suárez, who stopped 14 shots in 29 attempts, for an enormous 48% of effectiveness.

This detail frustrated the Azerbaijanis, who repeatedly failed, something fatal in front of a superior team. This was recognized by Ramazan Muradov, the best in the European team: “we knew that our competitors were physically stronger and bigger. We were mentally prepared for that, but we made some mistakes.”

The fourth straight victory of the Cubans puts them directly in the semifinals as leaders of their group, while Azerbaijan lost any opportunity it had, because now only third places can remain in the group.

This position will be decided tomorrow Thursday in the duel between the Azerbaijan and China, both with two wins and two losses. The second place of the group is already reserved for Great Britain, which today beat China 28-25 and got a record 3-1.

The only suspense of the round is in group B, where Bulgaria, Georgia and the United States are fighting to get the two tickets to the semifinals. The Balkan countries and hosts have the advantage with perfect balance in three outings, but the United States can join the fight if it beats the Georgians this Wednesday.

On the other hand, if the hosts beat the United States in today’s clash, it would only be to define the first place of the group with Bulgaria in the goodbye duel Thursday.