The penalties were linked to transactions for trips to the island. 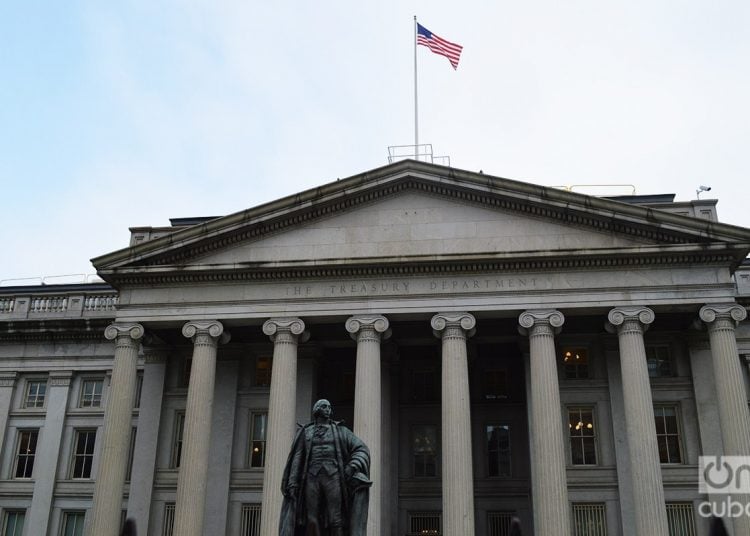 Department of the Treasury of the United States. Photo: Marita Pérez Díaz.

The Office of Foreign Assets Control (OFAC) of the U.S. Department of the Treasury announced on Thursday new sanctions against an individual and three different companies related to travel to Cuba, which had to pay thousands of dollars for violating embargo restrictions.

The giant Expedia Group, Inc., one of the world’s largest travel sites, agreed to pay a penalty of 325,406 dollars for possible illegal actions while providing services related to Cuba.

“Expedia Group Inc., headquartered in Bellevue, Washington, on behalf of itself and its subsidiaries worldwide, has agreed to pay $325,406 to settle potential civil liability for assisting 2,221 persons with Cuba-related travel services prior to agency notice in apparent violation of the Cuban Assets Control Regulations, 31 C.F.R. part 515 (CACR),” said the OFAC statement.

“These transactions appear to have violated the § 515.201 (b) regulation of the CACR. OFAC determined that the apparent violations were voluntarily reported to the OFAC and occurred prior to the agency’s notification,” the statement said.

The company includes hundreds of websites for booking trips worldwide, buying airline tickets, cruises or taxi rentals and had a net profit in 2018 of 11 billion dollars.

Up until the time of publication of this notice, Expedia did not respond to the request for comments or publish a press release on its website.

Similarly, Hotelbeds USA, a subsidiary based in Florida of the Spanish Hotelbeds Group, agreed to pay 222,705 dollars to OFAC “to settle potential civil liability for assisting persons with Cuba-related travel service prior to agency notice in apparent violation of the CACR.”

“Specifically, between on or about December 2011 and on or about June 2014, Hotelbeds USA provided unauthorized Cuba-related travel services to 703 non-U.S. persons to or through the United States in violation of § 515.201 of the CACR.  OFAC determined that the apparent violations were not voluntarily self-disclosed and that the apparent violations occurred prior to agency notice,” OFAC explained.

OFAC denounced that Hotelbeds USA “knowingly sold hotel accommodations and gave its clients specific instructions to direct their payments for the Cuba-related transactions to an account in Spain, from which Hotelbeds USA was subsequently reimbursed.”

OFAC also separately announced the penalty of 40,320 dollars in settlement to be paid by an individual and Cubasphere, Inc., a company based in Monterrey, California and reported in the Chamber of Commerce under the category of “Professional Services.”

The individual, whose identity was not disclosed, as well as Cubasphere, in whose name he also acted, accepted the penalty to settle his potential civil liability for apparent violations of the CACR, by participating in unauthorized transactions related to travel to Cuba.

In this case, 104 persons were assisted in four separate trips to and within Cuba, from approximately December 30, 2013 to approximately February 22, 2014, “apparent violations” that were not voluntarily reported to OFAC and occurred after the agency was notified.

The company and the owner acted as full-service tour operators, receiving direct payments from groups and individuals for transactions related to travel to Cuba, as well as managing the planning of itineraries, making reservations and payments for air travel and hotels, as well as meals and transportation inside Cuba.

Another aspect that OFAC pointed out was the sale of visas to Cuba and letters of introduction for travelers from religious organizations in the United States, whose itineraries did not coincide with those planned by the agency.

“The actual itineraries for the Cuba trips focused primarily on sightseeing and tourism activities rather than humanitarian or religious activities,” denounced OFAC.

Despite having received prior warning from this entity, the individual and the company continued their activities for more than a year and, as disclosed by the sanction, also routinely suggested to the clients in writing that “clients should minimize their interactions with U.S. government officials upon their return to the United States,” besides ensuring they not have receipts or schedules from their trips.

According to OFAC, they urged clients to conceal their travel to, and unauthorized activities in Cuba and give false statements on their return from the island, for which the initial amount of the penalty was set at 112,000 dollars.

The decrease in the amount to be paid was based on mitigating factors related to the owner of the agency, who had no previous problems with OFAC.