Awarded by the Council of State at the proposal of the Cuban Institute of Friendship with the Peoples, the medal is the recognition of a “trajectory of solidarity” with the island and “unconditional attachment to the defense of the Cuban revolution.” 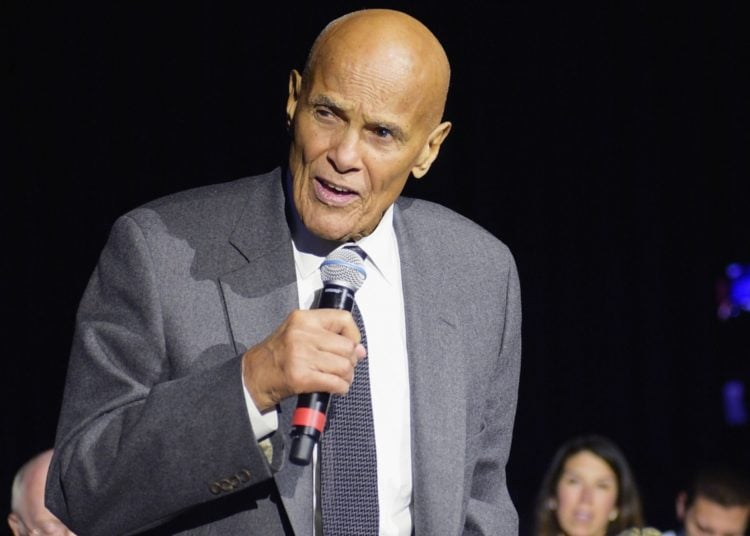 The Friendship Medal is a distinction awarded by the Council of State at the proposal of the Cuban Institute of Friendship with the Peoples, in recognition of a “trajectory of solidarity” with the island and “unconditional attachment to the defense of the Cuban revolution.”

“Thank you for your permanent solidarity and your art,” the Cuban ambassador to the United States wrote on Twitter, who also shared Belafonte’s words when receiving the medal, Prensa Latina reported.

“I thank President Díaz Canel Bermúdez and the Cuban people for this most distinguished Medal” Harry Belafonte pic.twitter.com/fa8xB4qF8F

“Thanks to President Miguel Díaz-Canel and the Cuban people for this distinguished medal,” said the iconic figure of social struggles and American racial demands, of Jamaican origin, a UNICEF ambassador since 1987 and with extensive work in favor of the rights of African children.

Born in New York on March 1, 1927, Harry Belafonte is called “the King of calypso” for making popular that Caribbean musical style in the 1950s. Along with his musical career he has carried out social activism and the struggle for human rights, the source said.

His name was among the personalities who in the United States supported the cause for the freedom of the five Cuban anti-terrorists who served long and unjust sentences in prisons in this country.

During his long and prolific career, Belafonte recorded more than 40 albums and his best-known song―which ranked him first on the list of hits in 1957―is Day-O (Banana Boat Song).