The implementation of the outlined economic program implies new state-party relations with a more plural and autonomous civil society. 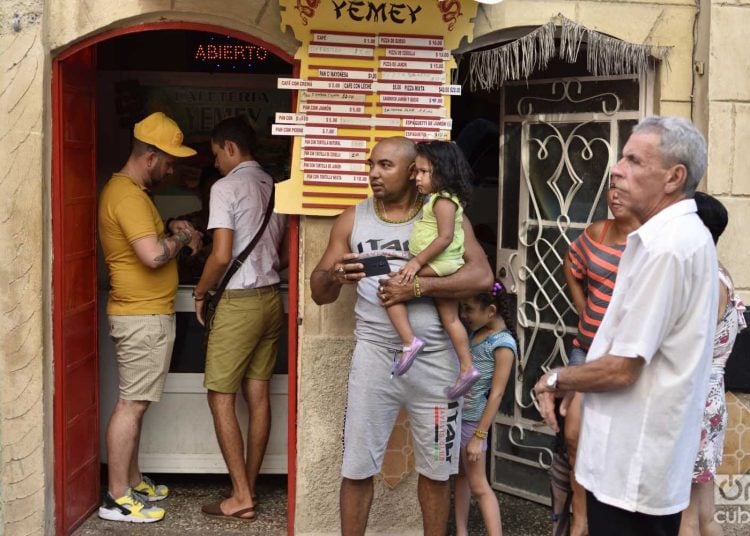 The economic measures announced by the Cuban government on July 16 reflect the authorities’ awareness of the greatest challenges for the Cuban economy and the dimensions where their actions can make a difference today, in the midst of the COVID-19 pandemic. These would be to: 1) mitigate the external vulnerability caused both by its own structural reasons and by the hostile policy of the United States; 2) promote an integrated joint economy, promoting small and medium-sized enterprises, both private and cooperative, and dismantling its segmentation of the state sector and the international economy, and 3) continue financial modernization by automating operations with freely convertible currencies within the Cuban banking system. The latter would help to measure and, therefore, also to handle imbalances whose magnitude is not well assessed.

What is the importance and scope of the announced measures?

In the midst of an economic crisis of a very uncertain scope and duration, the Díaz-Canel administration is using the political credit gained from its successful management of the pandemic to implement economic reforms postponed for more than a decade. The government seems to understand that it’s no longer an option to rationalize its commando economy system, which segments the most dynamic sectors of service expansion and job creation, say the private entrepreneur and cooperatives, from the state sector and foreign trade. It’s a first step that the government identifies as its best bet to liberalize the economy.

The political discourse that has surrounded the announcement of the measures is revealing, since instead of presenting them as temporary concessions, they have been explained as long-term actions. The government recognizes that the measure will bring negative effects to the socialist proposal of equality and rough times for the Communist Party of Cuba’s (PCC) own grassroots, with which it would be necessary to deal with by reactivating the production cycle, knowing that there will be political costs. A decisive element in this regard is the design of a transparent and modern tax system, that reduces uncertainty for foreign and local investors, while raising enough income to meet the increasing demands for minimum social welfare.

The key question regarding institutional culture is to what extent Cuban elites will accept that the market is an institution that functions autonomously and not a space to be arbitrarily abolished or limited, as it has been until now. This is not a simple matter, since the sectors that embrace the changes with enthusiasm are as evident as the persistence of ideologically intransigent groups. The latter, as skilled inquisitors as they are ignorant of the variants of economic thinking on the market, identify any recommendation in favor of the private sector and its integration into the economy as part of neoliberalism.

In addition to that old-fashioned intransigence, the process of change is fraught with its own uncertainties. Although President Díaz-Canel continues to insist on centralized planning, the interpretation of such a concept is complicated when his minister of economy says that this doesn’t consist of the allocation of resources in a centralized way. It will then be necessary to wait for concrete steps that specify to what extent prices will function as balancers of supply and demand and how autonomous the created markets will function. One should also ask how prepared the country’s economic bureaucracy is to manage a different economy, to improve the market, not to block it.

As a public policy, the measure of opening a legal space for the creation of different kinds of enterprises, even joint (state-private), is very important. Such an act sets a precedent in a country in which, for decades, only a ministry or a national authority leader had that prerogative, also naming the main executives of those entities. Even today, after several marches and countermarches of reforms since 1992, the state monopoly in that area remains intact. It remains to be seen to what extent this prerogative is unconstrained and the registration of new entities and their impact on competition is made viable, with their consequent “destructive creation,” dropping (bankruptcy or reorganization) inefficient enterprises.

Another relevant measure is the creation of a space to export and import, even with intermediaries (37 state entities), available—as I understood it—to the entire economy, including private enterprises and cooperatives. It will also be necessary to see how well institutionalized and without superfluous interventions is the wholesale market for equipment and supplies to buy in foreign currency, which is announced for enterprises. If anyone who wants can import a tractor or the equipment they need to produce food, it will be a good indicator of the seriousness of what the government has proclaimed.

Much depends on the reform of the improvement of the state enterprise and its decentralization. Good enterprises are the result of good managers and good incentives for workers. Decentralizing can help more competition, identify good and bad practices, and create a management market, with its corresponding incentives.

The president mentioned decentralization, an issue he knows, as he is a leader who grew from the local. He said there is an ongoing discussion with provincial powers and municipal mayors. However, the terms of that opening were not addressed.

Managing various business problems is related to the scale of what is being managed, and the closeness between supervisors or beneficiaries and their agents. In the successful experiences of transition to mixed economies, within state-party systems in East Asia, the greatest gains in efficiency were produced not by privatization itself, but by the conditions under which they occurred. In other words, decentralization towards local economy enterprises (township and villages enterprises) acted as a catalyst for competition and complementarity with state enterprises, which were forced to reform.

Elimination of tax on dollar transactions

This measure dismantles a policy of escalation in the conflict with the United States, but of little economic sense at this point. Originally, the government sought to change the composition of the currencies entering the country, to avoid dollar transactions with international banks. Those operations were pursued by the financial intelligence of the Treasury Department’s Office of Foreign Assets Control, given the infamous ban on the use of the dollar even against institutions outside the United States. Some of that was accomplished, but the returns on the measure have declined as the reform program mismanaged the monetary reunification. The positive shock it once received when transforming the dollars circulating internally into the so-called CUC convertible currency started diminishing while it largely lost this condition, even in Cuba.

By eliminating it, the government pragmatically resigns itself to hunting where the ducks are. The United States is, like no other market, where Cuba has a more stable source of foreign exchange for next year and later: remittances and family travel. Most of the Cuban diaspora live there. What is received from there are dollars.

Eliminating the tax is an incentive for more consumption on the margin and fresh money into the new bank accounts, but its ultimate scope will also depend on removing obstacles to the development of private enterprises and decentralization. If there are more facilities to open enterprises, import equipment and create jobs, those less taxed remittances will be able to enter the production cycle with greater strength and sustainability, without dissolving into consumption and state redistribution. Otherwise, opportunities and time will continue to be lost, an increasingly scarce variable for government policy.

The most urgent challenge

The key issue of food security has been put at the center of the discussion by considering important decentralizations in agricultural production and marketing mechanisms. This aspect is the government’s greatest political vulnerability in the short term. Although there are specific measures for the sector, such as the creation of an agricultural development bank, much of what is announced in terms of reactivating it (allowing the import of inputs and machinery, eliminating defaults, reducing intermediaries, etc.) depends on other measures. announced as decentralization, wholesale markets and new structures for foreign trade.

Much depends on agricultural reform, for if it succeeds, for example, in reviving domestic production of rice, eggs, vegetables and some meats, it could represent a significant import substitution. Without food there is no room for second steps. It remains to be seen to what extent the “planners” accept an agricultural economy in which they are not in control of fundamental decisions in such a politically sensitive area.

The most difficult challenge

Among scholars of public sector economics, the fable of the wise owl and the hare is known. Tired of living running in front of the fox that threatens it, the hare goes to the owl for advice. The owl tells it that the solution is to fly, since the fox runs, but doesn’t get up from the ground. When the hare asks how to acquire wings, the owl responds “I design the policies, I don’t implement them.”

What is missing now? First of all, the implementation of what has been announced. Second, dealing with the complexity of three currencies, with three segmented markets, huge arbitrage opportunities and a second economy, marked by illegality. Third, the implementation of the outlined economic program implies new state-party relations with a more plural and autonomous civil society.

The economic challenge is the most urgent, but not the most difficult. The government is not going to surprise anyone with this economic adjustment; it has been raising its political grassroots’ awareness for decades and clarifying the unsustainability of the previous model. In the long term the most difficult thing is in the political. It is dealing with the effects on society of a mixed economy, with greater inequalities, opportunities for corruption and situations of irreversibility in the management of the reforms, with extremely high costs in the event that economic agents don’t comply with their commitments. None of these challenges is worse for the government and the country than continuing on the current path. That is unsustainable.