Cuba concerned that violence in U.S. is due to Trump’s “hate discourse”

In this way, Havana is joining the criticisms being made against the U.S. government, known for its anti-immigration discourse. 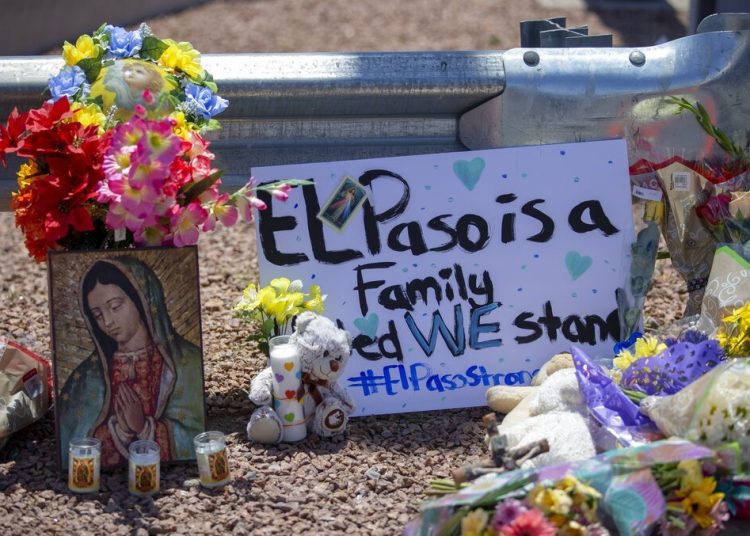 Flowers and a painting of the Virgin Mary for the victims of the mass shooting at a mall in El Paso, Texas. Photo: Andres Leighton / AP / Archive.

Cuban Foreign Minister Bruno Rodríguez this Wednesday considered as “concerning” that the violence and xenophobia directed against Latinos in the United States are due to the “hate discourse” of the government headed by President Donald Trump.

“It is concerning that expressions of racism, violence and xenophobia in the U.S. are attacking citizens of the Latin American peoples, as a result of the outrageous discourse of hatred and rejection of the current U.S. government,” Rodriguez wrote on Twitter in light of the weekend’s mass shootings in that country.

In this way, Havana is joining the criticisms being made in the very United States against the Trump administration, known for its anti-immigration discourse, with which the shooter who murdered 22 people on Saturday―eight of them Mexican citizens―in a supermarket in El Paso, a city in Texas bordering Mexico, coincides.

The authorities consider that the assailant, who was arrested, is the author of a manifesto in which he warns of a “Hispanic invasion in Texas.”

The U.S. president, who rolled back the “thawing” policy with Cuba promoted by his predecessor Barack Obama, visited El Paso on Wednesday after making a stop in Dayton (Ohio), where a man murdered nine people early this Sunday before being gunned down by the police.

After a sweet moment in bilateral relations, restored in 2015 after more than half a century of enmity, the links between the island and the U.S. are going through a difficult time due to the U.S. government’s continuous pressures against Cuba for its support for Venezuelan President Nicolás Maduro.

The strengthening of the embargo and the new measures of economic pressure that seek to asphyxiate the fragile Cuban economy, have led the Cuban government to once again harden its rhetoric against what it considers “an imperialist [U.S.] attack.”

Cuban President Miguel Díaz-Canel this Tuesday rejected on Twitter the blockade of Venezuela’s state assets in the United States, which he considers a “theft” and a “brutal cruelty” that should not be allowed, while reiterating his support for Maduro, who was given a new ultimatum by Washington to leave the presidency.

This Wednesday the official newspaper Granma, the most important in the country, reproduced on its front page the speech that former Cuban President Raúl Castro gave last April before Parliament, in which he harshly criticized the current U.S. administration.

Castro, who led the historic bilateral rapprochement with Obama, then assured the Cuban MPs that “the current U.S. government and its hegemonic ambition towards the region pose the most urgent threat of the last five decades to Latin America’s and the Caribbean’s peace, security and well-being.”

Juan Miguel Echevarría: “It’s a gold medal for my country, which deserves it”

Cuban Parole "under review," according to USCIS