“We must be aware that the situation can be further aggravated,” said Carlos Fernández de Cossío in an interview with the AFP agency. 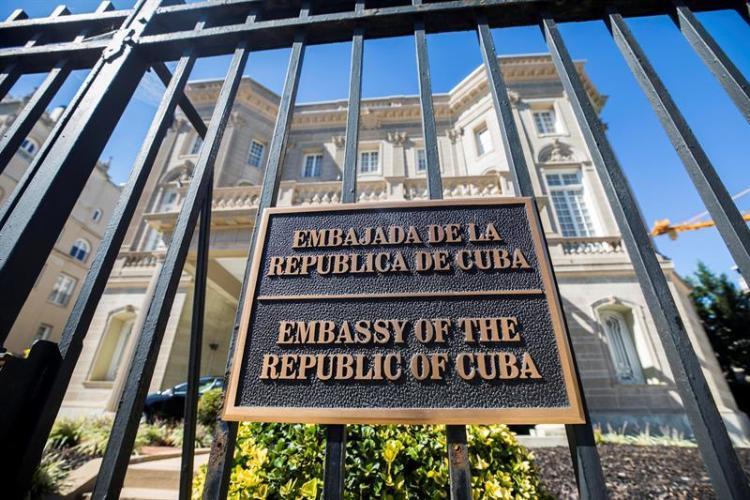 In an interview he gave to the Agence France-Press (AFP), the director general for the United States of the Ministry of Foreign Affairs of Cuba, Carlos Fernández de Cossío, said that the Cuban government is “ready” for a possible breaking of diplomatic relations with Washington, although “we don’t want this.”

“We must be aware that the situation can be further aggravated,” said Cossío, referring to the escalation of U.S. sanctions in the last year.

“The people who today are in charge of U.S. policy for the western hemisphere are people with very extreme and very aggressive behaviors and positions towards our country,” said Fernández de Cossío, probably referring, without mentioning it, to Mauricio Claver-Carone, advisor for Latin America to the U.S. National Security Council and a trusted man of President Donald Trump.

“We know that their efforts are to break all existing ties, to close embassies,” said the Cuban official.

“It is very difficult to think seriously about sustainable progress in favor of bilateral relations,” which, he said, have suffered “progressive erosion.”

The normalization of relations between the two countries, despite the conservation of the blockade, reached a high point with the reopening of embassies in Havana and Washington in 2015, during the governments of Democrat Barack Obama in the United States and Raúl Castro in Cuba.

After the arrival of the current president, Donald Trump, to the White House, the dismantling of almost all the steps taken by the Obama administration in favor of the rapprochement with Cuba has been implemented. These measures were even completed with the application of Title III of the Helms-Burton Act, signed by William Clinton in 1996 and aimed at strengthening the blockade with an extraterritorial nature.

Fernández de Cossío told AFP that in that scenario “we are ready, prepared for a possibility like that [the closure of embassies], which we aren’t seeking, we don’t want.”

He also reaffirmed that “Cuba has historically manifested and remains willing to build respectful, civilized relations with the United States.”

The diplomat considered that relations are “at a very low point” and said that “the effort to deprive Cuba, a nation of 11 million inhabitants, of fuel supply is a rather drastic measure.”

On Cuba and Venezuela relations, recently used as an argument to implement the hardline policy towards Cuba by the Trump administration, Fernández de Cossío told AFP that “if it is thought or said that Cuba backs and supports the government of Venezuela, whoever says so is absolutely right,” but “it is false to say that Cuba has a military contingent (of) 25,000 soldiers in Venezuela.”

Regarding the future, he said, “no one knows what will happen in 2020 in the United States,” referring to the upcoming elections in that country.

“All the Democratic candidates who aspire to the presidency seem inclined, at least in their public demonstrations, to resume the course that the Barack Obama administration started, and that can be a sign of hope.”