The Cuban ambassador, Lianys Torres Rivera, said on Twitter that the Cuban flag has been flying at half-mast since Monday in a gesture of solidarity towards the victims, their families and the American people. 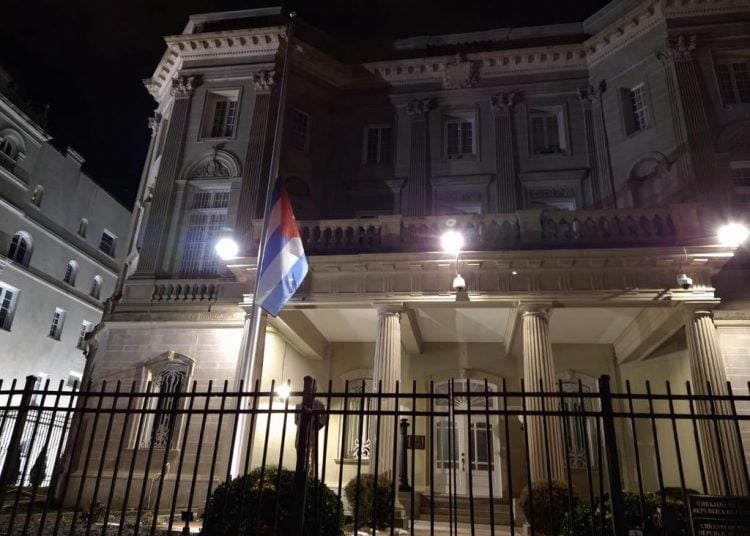 The Cuban flag has been flying at half-mast since early Monday morning at the Cuban Embassy in Washington as a tribute to the 500,000 Americans who died from COVID-19, their families, and the American people, the state newspaper Granma reported.

Cuban ambassador Lianys Torres Rivera had said on Twitter that it is a gesture of solidarity.

The gesture corresponds to a statement issued on February 22, when U.S. President Joe Biden ordered the American flag to be flown at half-mast at the White House and on all public buildings and properties, in all military spheres, naval posts, and stations, and on all Federal Government warships in the District of Columbia and throughout the United States and its territories and possessions until sunset on February 26, 2021.

“More Americans have died in this pandemic than in World War I, World War II and the Vietnam War combined,” said Biden, adding that he and First Lady Jill Biden would observe a minute’s silence alongside Vice President Kamala Harris and her husband, Doug Emhoff.

500,000 lives lost to COVID-19. It’s an unfathomable number, but each one represents a family that will never again be whole. To those who have lost loved ones: I know no words can numb the pain, but I hope you find some solace in knowing the nation grieves with you.

The gesture is not by chance. According to Granma, Cuba was one of the first nations to condemn the terrorist attack of September 11, 2011, on the Twin Towers in New York, and was also willing to help at the time of the disaster caused by Hurricane Katrina.

According to Johns Hopkins University’s independent count, the United States reached 28,256,160 confirmed cases of the coronavirus and 502,482 deaths this Tuesday.