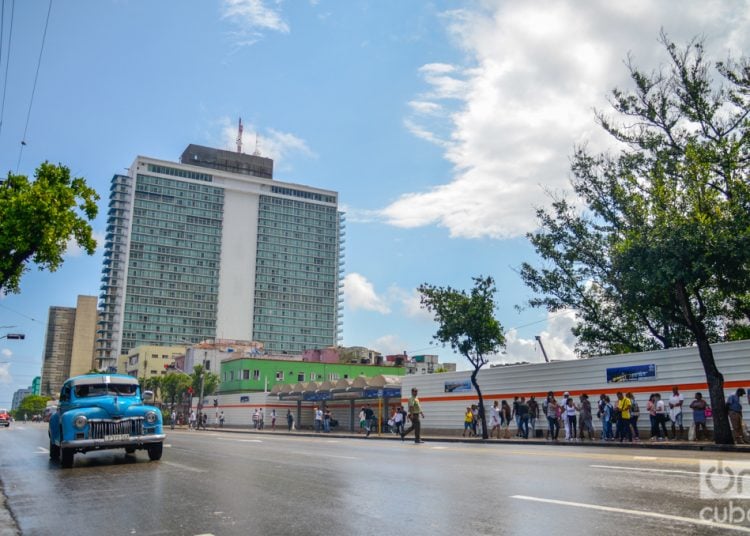 The Cuban government rejected this Tuesday and predicted the failure of the measures announced by the United States, which will further restrict its citizens’ travel to the island, where they will no longer be able to arrive on cruise ships or under the popular group people-to-to people educational travel category.

“I strongly reject the U.S. announcement of new sanctions against Cuba that restrict Americans’ travel and strengthen the blockade. They intend to suffocate the economy and damage the standard of living of Cubans to wrest political concessions from us,” Cuban Foreign Minister Bruno Rodríguez wrote on Twitter.

And he added: “They will fail again.”

This is Cuba’s first reaction to the new sanctions issued by the U.S. Department of State, which will foreseeably have a high impact on the Cuban economy, already immersed in the worst crisis of the last decade.

For his part, President Miguel Díaz-Canel later tweeted that “work, creativity, effort and resistance” would be the answer.

The United States announced this Tuesday that “it will not allow visits to Cuba through passenger and recreational vessels, including cruise ships and yachts, as well as private and corporate aircraft.”

The ban deals a blow to the island’s tourist sector, which is the Cuban State’s second source of income in hard currency, only preceded by the export of professional services.

According to figures from the Cuban Ministry of Tourism, in the first four months of this year, the U.S. was the second market to send visitors to Cuba, with 257,500 visitors until April for a year-on-year growth of 93.5%, although legally Americans are not allowed to travel to the island as tourists.

Of those travelers, 55% arrived in the country on cruise ships, a modality that grew 48% with respect to the previous year.

Although the new measures seek to harm the Cuban government, it is expected that they will also severely affect the emerging private sector, since many of the self-employed entrepreneurs on the island have focused their business on offering services for tourists.

Around the port of Havana, through which until now huge cruise ships arrived with thousands of tourists, a flourishing industry has prospered operated by individuals that offer everything from crafts to cultural tours, gastronomic proposals and the popular rides in classic bright-color convertible cars.

The first cruise ship to arrive in Cuba in more than 50 years was the Adonia, of the Fathom company (subsidiary of the Carnival company), which docked in the port of Havana on May 2, 2016 with 704 passengers on board.

In addition to banning the arrival of its nationals on boats and planes (private or corporate but not commercial), the State Department also eliminated the group people-to-people educational travel category, which made it possible for thousands of people to visit the island since the thaw started in 2014.

Regular commercial flights, which resumed in 2016 after more than half a century, may continue to operate between the two countries.

The government of Donald Trump alleges that the new restrictions seek to face Cuba’s “destabilizing role” in Latin America, especially for its support for Venezuelan President Nicolás Maduro and his Nicaraguan counterpart, Daniel Ortega.

Since he arrived in the White House in January 2017, Trump has strengthened the policy towards Cuba with reductions of diplomatic personnel, the activation of a law that allows filing lawsuits in U.S. courts for property expropriated after the Revolution and sanctions on hotels on the island, increasing the scope of the economic and commercial embargo.