The U.S. ban condemns the up to now thriving private businesses of the historic center of Havana to a bleak future. 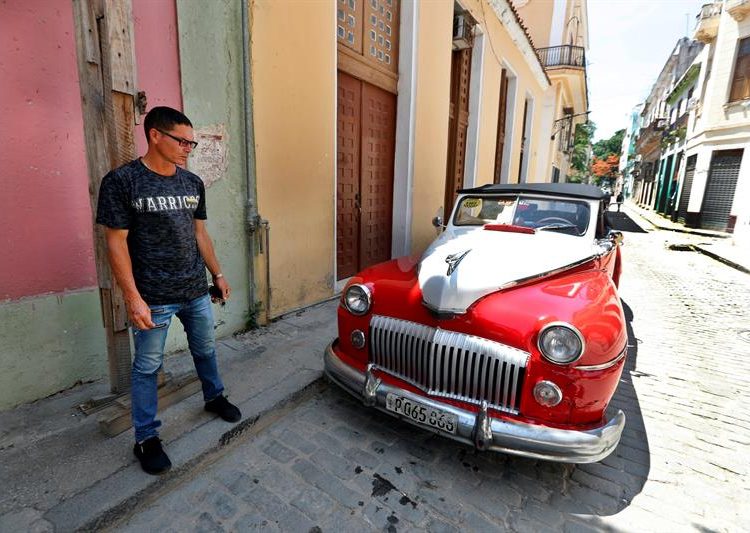 Every morning Julio César parks a shiny Desoto Deluxe from 1948 in front of the exit of the cruise terminal. There’s rarely a day when two or three groups of American tourists don’t get in his red convertible to tour the city at a price of between 30 and 40 dollars per hour. Until today.

“You gave me bad news. When cruise ships don’t enter here, there are no customers,” he says to EFE, after learning that this Tuesday the U.S. Department of State has banned travel to Cuba on these recreational vessels, in addition to restricting cultural visits by Americans.

The ban on travel to Cuba on cruise ships imposed this Tuesday by the U.S. government condemns the up to now thriving private businesses in the historical center of Havana, from restaurants and souvenir shops to emblematic classic cars, to a bleak future.

Cruise companies such as Carnival and Norwegian brought to Cuba 340,000 Americans in 2018, double the previous year, which placed the U.S. as the second issuing market to the island (with a total of 638,000), only behind Canada, according to data from the Ministry of Tourism.

Since the first cruise ships arrived in 2016 as a result of the “thaw” promoted by Raúl Castro and Barack Obama, in the once depressed neighborhood of Old Havana the businesses of the new Cuban entrepreneurs or “self-employed” have multiplied, a thriving group that has revitalized the Cuban economy, apart from the inoperative state sector.

These range from ambitious restaurants with giant screens, cocktail bars, artists’ studios or traditional clothing stores to the humble stand of Yolaina, the hairdresser, an expert in filling the heads of tourists with curls and braids in the shade of the Basilica of San Francisco de Asís.

“I want to die. How can cruise ships not come? They are the only income we have, because there is almost no tourism here anymore,” Yolaina regrets, after affirming that approximately half of her clients come from the giant ships that dock a few hundred meters from her business.

Yoasi Garcia, who runs a souvenir shop in the area, shares a similar concern.

“We are surviving because of the cruises. We believe that if the cruises stop coming business will also stop here,” he complains, although he’s still optimistic: “We Cubans are incredible, we’re adapted to live in any stage, climate and time. We’re strong.”

The two cruise ships moored on Tuesday in the port of Havana could be the last from the United States, as the ban takes effect in 24 hours. Their passengers, however, scattered through the streets of the city without knowing that they are probably the last to enjoy this type of vacation, at least for a long time.

“I was stunned. We were already worried before we came because we thought it could happen, but we didn’t know. At least we still have the rest of the day to support the people here,” retired Scarlett Skinner told EFE, as she tries the traditional Cuban dish “ropa vieja” (shredded beef with a tomato sauce) at a local restaurant.

The Trump administration also announced the ban starting this Wednesday of the people-to-people educational travel, which made it possible for thousands of Americans to visit the island after the thaw started in 2014.

Americans are banned from coming to the island as tourists, but until now they could travel if they met any of the 12 existing categories: government visits, journalistic or research activities, educational, religious and medical projects.

These other modalities will not be affected and normal commercial flights between both countries will continue to operate normally, resumed in 2016 after more than half a century.

In the case of the cruise ban, the U.S. government argues that the objective is to end the “veiled tourism” considering that it serves to “fill the pockets of the Cuban military” and ultimately support the regime of Nicolás Maduro in Venezuela.

This hypothesis does not worry too much Linda Harper, another retired American who got off the cruise ship today to spend the afternoon in Havana: “my money goes for mojitos, I’m not sure where it goes next,” she says ironically, and picks up her glass to make a toast with the Cuban cocktail par excellence.