The authorities recognize that the famous beach is "exhibiting a process of moderate erosion." 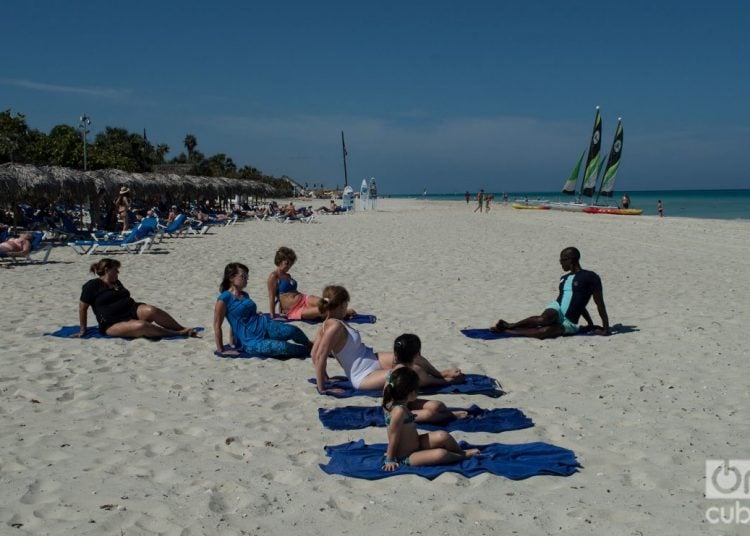 Varadero, the largest sun and beach tourist destination in Cuba, located some 140 kilometers east of Havana, will receive new shipments of sand starting July to combat erosion and complement the new tourist facilities on its coastline, the Cuban media reported this Tuesday.

Starting next month, white sand will be poured on six of the most emblematic sectors of Varadero, which is part of the goal set by the Cuban authorities to declare it as an “environmental beach” in 2020, according to the official Cubadebate website.

“We will proceed to model a new beach at the height of the former Oasis Hotel, where two new facilities are being built, and, at the same time, specialists on the subject are studying the appropriateness of undertaking similar actions in Cayo Largo and Cayo Blanco,” said Angel Alfonso, specialist of the local Environment Unit.

The authorities recognize that Varadero beach is “exhibiting a process of moderate erosion ” and that in Cuba “more than 80% of the beach resorts’ coastlines have withdrawn at an average 1.2 meters per year.”

Varadero, Cuba’s first tourist destination after Havana, receives more than 1.5 million visitors annually, is one of the ten most popular sun and beach destinations in the world and its main attraction is its the white sandy beaches with warm blue waters on the Hicacos peninsula, where it is located.

It has 52 hotel facilities on its 22 kilometers of sand and dunes, 83% of them managed and marketed by foreign companies such as the Spanish Meliá, Iberostar and Globalia, or the Canadian Blue Diamond, which also making significant investments.

Between 2013 and 2017, this tourist destination received a volume of 53,530 cubic meters of sand to restore 2.5 kilometers of beaches. During this period, work was also carried out to control the erosion of the dunes and establish guidelines on hygiene, infrastructure, services and environmental education, according to the environmental services center of the province of Matanzas, to which it belongs.