In literature, this identity category has its first expression in the anthology “Los atrevidos” (1988), by Carolina Hospital. This very interesting book collects a sample of the literary work of a group of Cubans who dared to write in English for the first time. 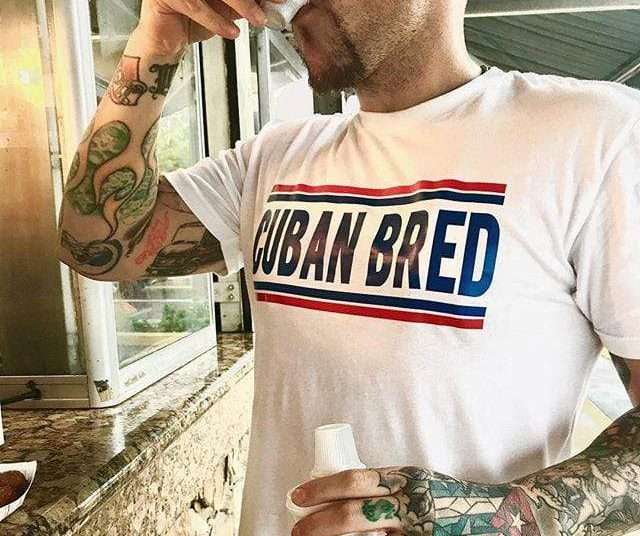 In the late 1970s and mid-1980s, a new phenomenon began to emerge in the United States among Cubans, a reflection of cultural processes characteristic of the crossover. It is about the existence of a human group, descended in this case from the historical exile, which vindicated for itself the category of Cuban-Americans, in a similar sense as had already happened with the descendants of other ethnic groups emigrated to the Union such as Italians, Poles and Asians, in whom the awareness of their own, specific and differentiated identity was already part of the so-called melting pot, according to what Brazilian sociologist Darcy Ribeiro once called “transplanted peoples,” that is, formed based on a strong and dissimilar migratory component and historically nurtured by different waves from various regions of the planet.

This process appears documented in various social moments, one of them — and certainly not the least important — in a joke by Cuban comedian Guillermo Álvarez Guedes, that kind of Bernal Díaz del Castillo of the exile, who alludes to the new reality with a sense of criticism, sarcasm and distancing, since assimilation implied in some way to de-exile and take root in the host culture, often through relationships with American men and women, or with other Latinos. But the Cuban actor does it his way, adopting bilingualism in his now famous “Cuban language” lessons.

Perhaps due to its immediacy, movies were, so to speak, in the forefront with the premiere of the film El Super (1979), by León Ichaso, an essential text on generational processes in the United States and a work not surpassed artistically by all Cuban films made later in this country.

In literature, this identity category has its first expression in the anthology Los atrevidos (1988), by Carolina Hospital. This very interesting book collects a sample of the literary work of a group of Cubans who dared to write in English for the first time, having been born on the island and gone to the United States at an early age. And it would set the tone for later anthologies, such as Little Havana Blues (1996) by Virgil Suárez and Delia López, a selection of thirty-two authors who wrote in English — some already known, some new, many who left Cuba after 1960.

This generation, called 1.5 and located halfway between its native culture and that of the host society, would be reflected on a theoretical level above all in the essay work of Gustavo Pérez Firmat (The Cuban Condition. Translation and Identity in Modern Cuban Literature, 1989, Lyfe on the Hyphen. The Cuban-American Way, 1994).

Written based on from an epistemological cut from Sociology, 1.5 by Gustavo Pérez Firmat (1949) has been subjected to criticism for several reasons: for constituting a construct that excludes terms such as gender, race and sexual orientation; for being deeply rooted in nostalgia; for having as a model the migration before Mariel; and for taking as one of its paradigms Ricky Ricardo, one of the two leading characters in “I Love Lucy,” the popular television series where Desi Arnaz, from Santiago de Cuba and whose parents had to flee to the United States after Machado’s fall, stars.

Ricky — or Desi, it’s almost the same — was perceived, however, by Anglo culture with an exotic and paternalistic mixture, mediations that have long been active in the mainstream when it comes to accounting for Cuban and Latin American otherness, since in the silent movies the Latin lover had acquired an overwhelming importance under the influence of actors like Rudolf Ruddy Valentino and César Romero.

Perhaps it is not idle to emphasize here that he is a musician, moreover a conga drum musician, who spoke, both in the series and in life, a heavily accented English — it was one of the attributes of his way of being a comedian —, but placed in that mainstream thanks to a marital union with a redhead who on screen is always as accommodating as she is life-sparing with a husband who at the end of the day did not act as such. However, neither these nor other problems prevent his figure being legitimately claimed, not only by historical Cuban Americans, but also by others such as Mellow Man Ace, a native of Pinar del Río registered in his province as Ulpiano Sergio Reyes, but who calls himself the “Ricky Ricardo of rap.” And the reason is that the integration/fusion factor outweighs, without a doubt, its almost cartoonish length and the fact of not being seen, despite everything, as a peer. All things considered, that was — as Louis A. Pérez, Jr. has pointed out — the same problem that marked the Cuban imitation of American models, paroxysmal at the end of the 1950s.

This generation 1.5 is distinguished by its bicultural condition — the two faces of the Cuban Juno, according to Professor Eliana Rivero —, that is, by moving between two systems of reference and essentially different values. From then to date the category has been widely welcomed in literary studies, starting with already classic investigations such as those of Isabel Álvarez Borland, Cuban-American Narratives of Exile. From Persona to Persona (1998), which gave an account of a hitherto unprecedented phenomenon: the boom in Cuban-American writers in the 1990s, embodied in the works of Pablo Medina (1948), Roberto Fernández (1951), Oscar Hijuelos (1951-2013), Achy Obejas (1956), Cristina García (1958) and Pérez Firmat himself, among others, and that cannot be understood if the sociocultural processes that have been active since then are ignored, based on the Hispanic presence and its powerful impact on cultural industries, including literature printed by publishers such as Arte Publico Press and others that, without necessarily classifying among the largest, increasingly began to incorporate ethnic writers into their catalogs.

It is a problem that is often quite delicate, which moreover cannot be faced with archaic molds, much less with lack of knowledge about the complexities of the host society and in particular of the processes of construction of fragmented identities that characterize it. The generation of those people who were taken out of the country during their childhood or early adolescence, experienced a process of socialization in a language other than that of their parents, even though they did not abandon Spanish at home.

There is another that becomes part of another sociological-cultural category, commonly called ABC (American Born Cubans) or CBA (Cuban-bred Americans). This is undoubtedly the case of narrator Ana Menéndez (1970), in whose first book of stories, In Cuba I Was a German Shepherd (2001), there are numerous traces of distancing from an identity discourse that evokes in many ways the pioneering work of Roberto Fernández, especially his Raining Backwards. Also, in his own way, that of Richard Blanco (1968), not born on the island, but “made in Cuba, assembled in Spain and imported to the United States,” one of the most interesting Cuban-American poets of the time and author of books such as City of One Hundred Fires (1998), Directions to the Beach of the Dead (2005) and How to Love a Country (2019) and the poem “Matters of the Sea,” read by him at the opening ceremony of the Embassy of the United States in Havana.