The U.S. president had said his government supports “the hopes” of Cubans, Nicaraguans and Venezuelans “to restore democracy.” 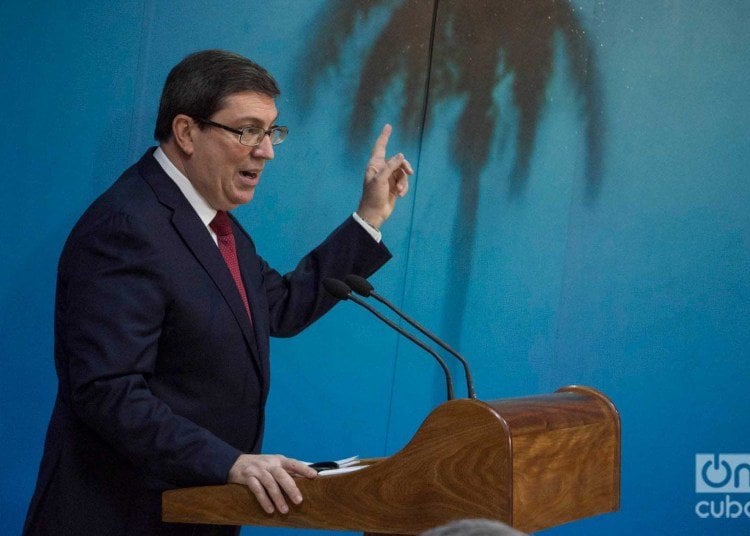 Cuban Foreign Minister Bruno Rodríguez responded to President Donald Trump’s allusions to Cuba in the State of the Union address, which the U.S. president gave this Tuesday night before Congress.

“If President Trump wanted to support the people of Cuba, he would have to lift the genocidal blockade, resume banned flights and grant visas to Cubans,” Rodríguez wrote in his Twitter account.

“He should restore Americans’ freedom to travel to Cuba,” he added.

The foreign minister’s tweet came after Trump expressed in the Capitol his support for “the hopes” of Cubans, Nicaraguans and Venezuelans “to restore democracy.”

“As we restore American leadership throughout the world, we are once again standing up for freedom in our hemisphere. That is why my administration reversed the failing policies of the previous administration on Cuba,” said the president this Tuesday.

Fernández de Cossío said that “U.S. policy seeks to use its immense and asymmetrical power to cause Cuba’s economic collapse” and shows “a sickly dread at the possibility that a small Caribbean nation can show economic and social successes if it were allowed to live in peace.”

For her part, Tablada said she agreed with Rodríguez and wrote that “with the cynicism of unilateral measures of extermination against Cuba and its people, President Trump and other senior U.S. government officials have taken hypocrisy to unprecedented levels.”

After the thaw between Cuba and the U.S. promoted by former presidents Barack Obama and Raúl Castro, relations between the two countries have receded following the arrival of Donald Trump in the White House. The current U.S. government has rolled back Obama’s policies and imposed new sanctions on the island, including new restrictions on travel and remittances, the prohibition of cruises and the closure of consular services in Havana.

In addition, it has returned to hostile rhetoric towards the island, and several incidents have occurred that have led to minimal bilateral ties, in a context marked by the upcoming presidential elections in the United States.

Is there a revival of cultural intolerance among Miami's Cubans?