“My relationship with Cuba, like that of all Cubans scattered throughout the world, will be eternal,” Vázquez said on Florida television. 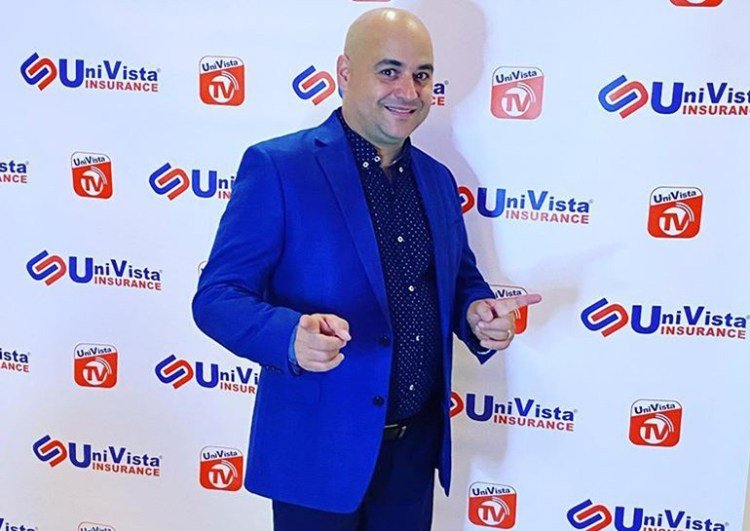 Cuban humorist Andy Vázquez, who played the character of Facundo Correcto in the television program “Vivir del Cuento,” poses for a photo in the United States. Photo: Facebook profile of Andy Vázquez.

Cuban humorist Andy Vázquez, who gave life to the character of Facundo Correcto in “Vivir del Cuento” until his controversial suspension from the island’s popular television program, confirmed that he does not plan to return to Cuba from the United States, where he is on a visit since before end of the year.

“I’m really still a little nervous, but I definitely won’t return to Cuba,” Vázquez said on a Florida television program, where he began working alongside a team of comedians led by Cuban José Pérez Córdoba, known as Carlucho

“My relationship with Cuba, like that of all Cubans scattered throughout the world, is going to be eternal,” added the comedian in statements cited by the Nuevo Herald, and he said he didn’t intend to return while the island’s current government remains in power.

Vázquez, who has a son in Miami, but whose wife and three-month-old baby girl are in Cuba, had assured weeks ago that he had not “stayed” in the United States and that he planned to return to the island. Then he had asked the media and Internet users who spread the news, for caution, at a time when there was a heated controversy on the social networks about his departure from “Vivir del Cuento.”

“I haven’t talked to anyone, I’m in the United States, I came to visit my son, and now I’m buying a few spare parts for the car. See you soon there,” said a video posted on Facebook to “clarify some comments on the networks saying I had stayed.”

However, finally the well-known actor confirmed his intention to stay in Miami, something that was an open secret for many, more so since his new job was reported on the Mega TV channel with Carlucho.

What sparked his decision seems to have been precisely what happened with Facundo in “Vivir del Cuento,” that he had been taken out of the program because, according to Cuban state television authorities, Vázquez had given “a personal opinion using the character” that he played in the popular program.

Rafael Insua, director of the Cubavisión channel, on which “Vivir del Cuento” is broadcast, told a YouTube channel that the comedian was only separated from the season that is currently being broadcast and that he was not “sanctioned,” without exactly mentioning the cause of that suspension.

However, various publications and comments on the networks claim that his sudden departure was due to a video that Vázquez posted on his space on the networks entitled “Chivate-rías de Facundo,” on the disorganization and indiscipline during the opening of the Cuatro Caminos market last November as part of the activities for Havana’s 500 years.

According to Insua, whom Vázquez denied knowing, the actor “understood” that he had made a mistake, which, he said, does not invalidate him from acting in other television programs in Cuba.

On the subject, the comedian said this Monday that he had never received “a written sanction.” “My contract was suspended. They told me: your contract is no longer going to be renewed,” he explained, and said that apparently his video about what happened in the Cuatro Caminos market “bothered someone.”

Vázquez also affirmed that Facundo’s character was his and, therefore, he did not see any inconvenience in using it outside the program, something that, by the way, he had already done before and other actors in the program also do, even in performances outside Cuba.

“The character is mine. I created it, I dressed it. I used to buy the makeup in the United States. If suspending a person’s contract is not expelling him from television, I would like them to tell me what is,” said Vázquez, who had previously described his departure as “definitive separation” and said it was “a complete injustice.”

He also affirmed that he misses his colleagues from “Vivir del Cuento” and in particular thanked Luis Silva, who plays the role of “Pánfilo,” for everything learned in the program and for the support received after his suspension.

“Facundo will no longer be there, but none of the members of that group is absolutely to blame, they defended me with tooth and nail without being able to make those who really are to blame give in and rectify that my definitive separation from the program was a complete injustice,” he had said on Facebook.

The actor also spoke about his three-month-old daughter Isabela, who remains in Cuba.

“Sometimes it’s three in the morning and I can’t sleep. I feel nervous…, I know it will be for her good, for her future. Someday we will meet again. I don’t know when, I have no idea,” he said in his television interview in Miami.

“Vivir del Cuento” has been broadcast on Cuban television for 11 years, and its cast, led by popular actor Luis Silva, has sharply criticized with irony issues such as the bureaucracy or double standards that lacerate the development of Cuban society. In this program, Vázquez played Facundo, representing an inefficient and climbing Cuban official, and he also assumed other characters.

Is there a revival of cultural intolerance among Miami's Cubans?