The company confirmed the ban this Wednesday. The hotels, under management between Meliá's subsidiary and two Cuban public entities, are located in Holguín. 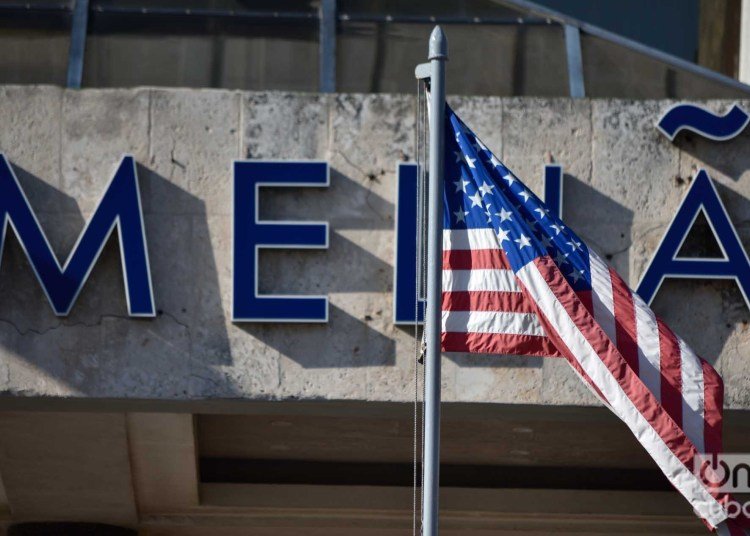 Detail of the facade of the Meliá Cohiba Hotel, in Havana. Photo: Otmaro Rodríguez.

The United States has forbidden Meliá CEO Gabriel Escarrer from entering the country as a result of the application of the Helms-Burton Act due to the activity of one of the group’s subsidiaries in Cuba, where two hotels in the Holguín region operate.

The company confirmed the ban this Wednesday, advanced by Vozpópuli. The hotels, under management between Meliá’s subsidiary and two Cuban public entities, are located on a plot of land expropriated by the Cuban regime in the late 1950s from the Sánchez Hill family, which has requested compensation.

According to the Spanish company, the family also initiated a lawsuit in Spain that was dismissed by the first instance courts.

Last October the U.S. Department of State imposed on Escarrer a series of conditions to enter the country, which the company believes are not acceptable and are contrary to European regulations.

Title III of the Helms-Burton Act provides that any U.S. citizen or company, whose properties in Cuba had been expropriated by the Cuban government, can file lawsuits against third parties who own, control or obtain benefits with those properties, sources from the Pérez Llorca office have explained.

That section of the act had remained without effect since the enactment of the law in 1996 until in May 2019 President Donald Trump activated it as part of his hardline policy towards Cuba.

The European Union does not recognize the Helms-Burton Act for having an extraterritorial character and contravening the essential principles of international law, which is why it promulgated a regulation known as the Blockade Statute, which obliges those affected to notify the Commission of the lawsuits in a 30-day term, according to sources from the Garrigues law firm.

The first judicial appeals on the lawsuits filed in the U.S. under that title have been against those who seek to be compensated by those who make use of property that was expropriated in Cuba after the triumph of the 1959 revolution.

Federal Judge Beth Bloom dismissed the first two lawsuits of the 20 filed until the beginning of January: one against Norwegian cruise company and another against the Swiss MSC, both of the cruise sector, for the use of the docks of the Havana port that belonged to Havana Docks Corporation.

Judge Bloom ruled that the lease that Havana Dock Corporation had for 75 years with the pre-revolution government expired in 2004, long before the cruise companies began their routes to Cuba, although the plaintiffs allege that the confiscation of those docks in 1960 were made without compensation.

So far, about 72 Cuban-Americans have filed lawsuits in U.S. courts in search of compensation for the use of expropriated goods in Cuba.

These are mainly against hotel chains, mostly European, especially Spanish, or airlines that use José Martí International Airport, which operate or have operated on nationalized properties.

The U.S.-Cuba Trade and Economic Council, a private entity, estimates that the 5,913 claims for properties confiscated in Cuba that the U.S. government “certifies” amount to 1.9 billion dollars (1.720 billion euros), a figure to which would have to be added interest for more than 60 years, bringing the final bill to 8.521 billion dollars (7.740 billion euros).