This is the highest figure published so far by the Cuban authorities, which each year disclose this data, by far exceeding the previous record of $5.57 billion in 2019. 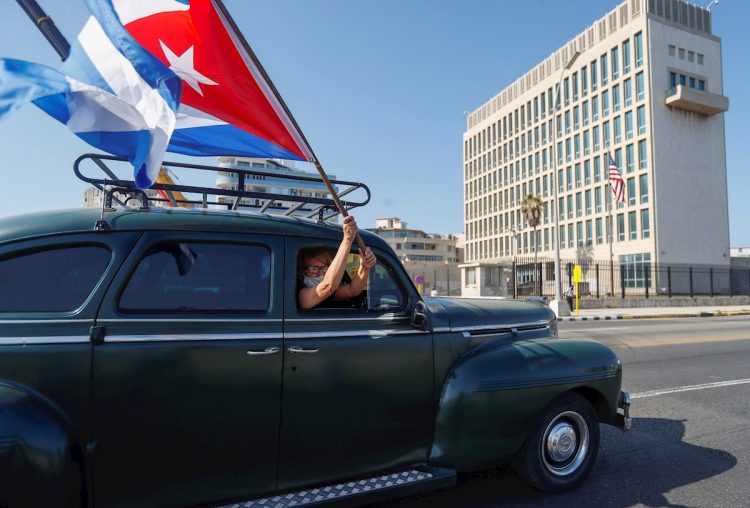 Caravan against the U.S. embargo on Cuba, in Havana, on March 28, 2021. Photo: Yander Zamora/EFE/Archive.

The financial and commercial embargo that the United States has imposed on Cuba for almost six decades caused losses to the island of 9.157 billion between April 2019 and December 2020. The information is based on the calculation of the Cuban government announced this Thursday via Twitter by Foreign Minister Bruno Rodríguez.

This is the highest figure published so far by the Cuban authorities, which each year disclose this data, by far exceeding the previous record of $5.57 billion in 2019.

The calculation is part of a report that the Cuban executive prepares each year to present to the United Nations, this time next Wednesday.

The foreign minister affirmed that the economic damage amounts to a total of $147.853 billion dollars since in 1962 President John F. Kennedy applied the embargo to Cuba in response to the nationalization of U.S. properties in the first years of the Fidel Castro government.

“The human damage, suffering, and shortages caused to Cuban families are incalculable,” the foreign minister said in his tweet.

The publication of the 2020 record figure comes at the end of an intense campaign by the Cuban executive to denounce the embargo, toughened by former President Donald Trump with new sanctions during his recent four-year term.

In an attempt to stifle Cuba’s economy, Trump established measures to make its economic transactions and the arrival of American visitors even more difficult. As a culmination of this sanctioning offensive, in January of this year, the United States included the Caribbean country on the list of sponsors of terrorism.

The document on the losses generated by the embargo is the basis of the draft resolution that Cuba has presented annually to the UN General Assembly since 1992 to call for the end of the United States’ unilateral measure.

The initiative, which is put to a vote each year in the United Nations, usually receives majority support, with the usual exceptions of the United States and Israel, which were joined in the last vote by the right-wing Jair Bolsonaro’s Brazil.