“What is forecast for the capital is that such a decline will continue. It is something that must be maintained over time, especially enhanced by the health intervention with the vaccine candidates,” Dr. C. Raúl Guinovart said this Tuesday. 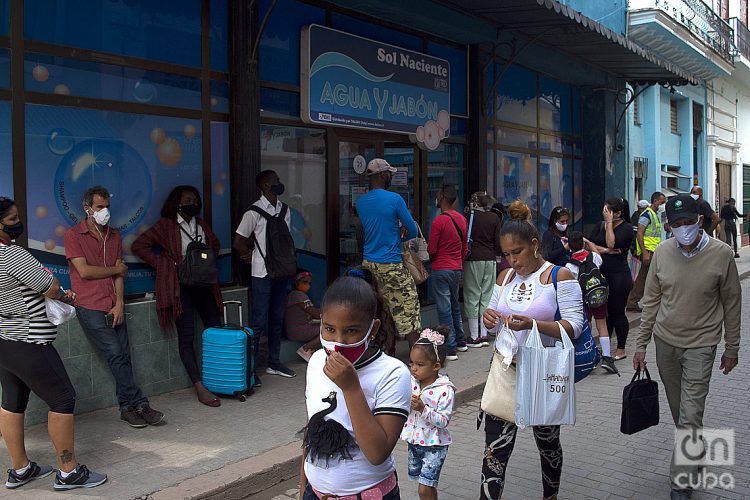 Havana is registering a sustained decline in COVID-19 infections and forecasts indicate that this downward trend will continue in the coming weeks, according to the Dean of the Faculty of Mathematics and Computing of the University of Havana, Dr. C. Raúl Guinovart.

“What is forecast for the capital is that such a decline will continue. It is something that must be maintained over time, especially enhanced by the health intervention with the vaccine candidates,” the expert said this Tuesday, according to Cubadebate.

Quite the opposite occurs in the rest of the island, where the epidemiological scenario “has become tremendously complicated,” according to Guinovart, who referred to the increase in coronavirus positive cases in provinces such as Pinar del Río, Matanzas, Camagüey and Santiago de Cuba.

In the short term, the prediction models on the incidence of the virus in Cuba are unfavorable, said the specialist in his report to the government, and stressed that “sanitary and restriction measures must continue to be maintained, we cannot demobilize.”

During a meeting with the Havana authorities, Cuban Minister of Public Health José Ángel Portal ratified the forecasts on a downward curve of cases in the coming weeks, according to the local press.

For his part, Prime Minister Manuel Marrero affirmed that the implementation of a demanding and methodical work system by the city authorities and its health system, together with the progress made in the health intervention with the Abdala vaccine, have reduced by almost 50% the rates of confirmed cases in the month of May.

“The success of our vaccines and the satisfactory progress of immunization cannot make us lower our guard because minors and other specific cases will not be able to be vaccinated yet, which represents around 25% of the capital’s population that will not be protected when the immunization process that began last month concludes,” warned Marrero, quoted by Tribuna de La Habana.

The head of government also recalled that the vaccinated population can continue to carry and transmit the virus, even if it does not evolve to higher stages of the disease, which represents a risk for those who have not been immunized.

The Cuban health authorities reported this Wednesday the worst number of infections caused by the SARS-CoV-2 virus during a day, 2,055 this Tuesday. Active cases also shot up to 9,129.

Of the total number of cases, 2,008 are due to autochthonous transmission, 1,924 were contacts of confirmed cases while 47 individuals acquired the virus abroad.

In the report issued by the Ministry of Public Health (MINSAP), 13 deaths were also reported due to COVID-19, with which the death toll now stands at 1,193.