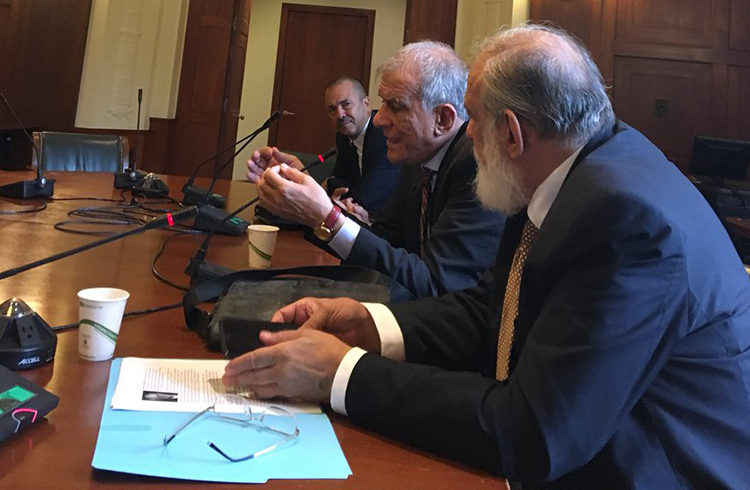 Cuban scientists hold exchanges in the U.S. National Academy of Sciences, in Washington, about the health damages suffered by U.S. diplomats in Havana.

A group of Cuban scientists traveled to the United States to hold talks about the health damages suffered by U.S. diplomats in Havana, which the government of Donald Trump describes as “attacks.”

Johana Tablada, general assistant director for the United States of the Cuban Foreign Ministry, confirmed in her Twitter account that “nine renowned experts from seven specialties, members of the Cuban Academy of Sciences and of the Cuban team that is investigating the health reports of the Department of State” are in Washington to hold talks with U.S. Congress members and scientists. 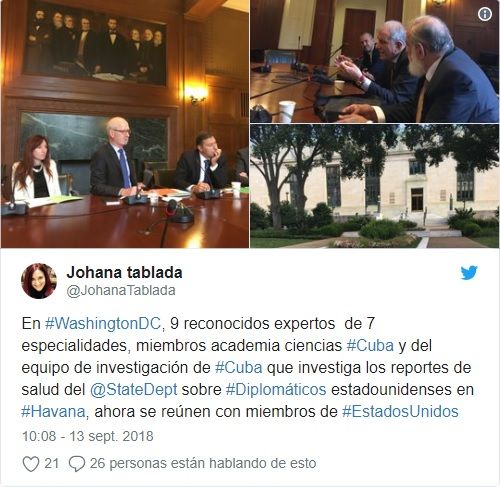 In a series of twits, Tablada reported on the Cubans’ visit to the U.S. Academy of Sciences (NAS), where they exchanged with U.S. counterparts and defended the need to share their viewpoints and strengthen scientific cooperation about what happened. 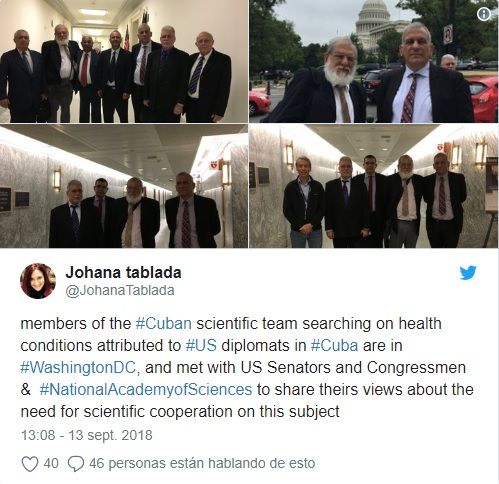 They also visited Congress, where they met with members of the Senate and Congress, like Republican Bob Corker, chairman of the Senate’s Committee on Foreign Relations, and Representative Rick Crawford, also Republican and one of the promoters of trade with the island in the legislative body. 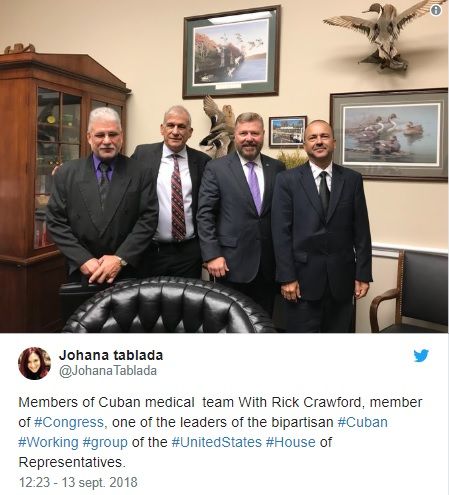 The scientists were accompanied by José Ramón Cabañas, Cuban ambassador to the United States, who also reported on the visit on the social media and said that in the meeting of experts from the two countries only one language was spoken: science. 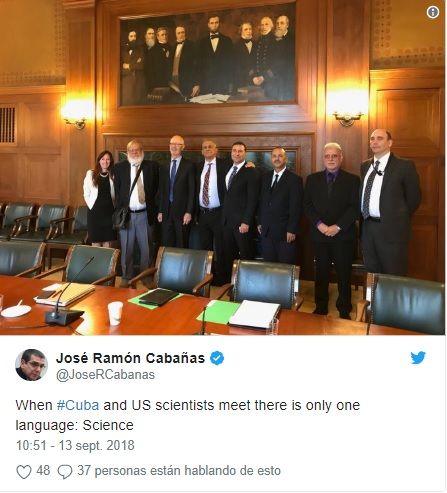 The experts who visited Washington included Dr. Mitchell Valdés-Sosa, director of the Cuban Center of Neurosciences, and his brother, the also renowned neuroscientist Pedro Antonio Valdés-Sosa, who was grateful for the “cordial and open” exchange held on the subject. 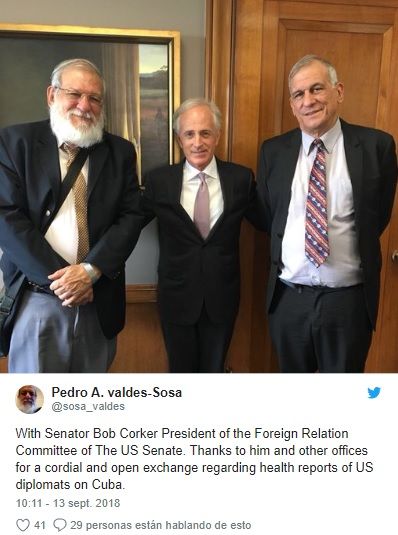 As a result of their investigations on the incidents, the Cuban specialists maintain that there is no scientific proof of attacks against the U.S. diplomats and that there are incoherence and gaps in the reports on the symptoms and the theories handled to explain them by the United States.

In addition, they regret the lack of collaboration of the U.S. authorities which have restricted their investigations and they insist that they are willing to collaborate with their U.S. counterparts “in a transparent way” to reach conclusive results.

After rejecting theories like the sonic attacks and the use of viruses, U.S. officials are now talking of the possible use of microwave weapons against their diplomats in Havana and point to Russia as the possible author, according to a recent report by NBC.

A few days ago, during a Congressional hearing, Department of State officials insisted that the incidents did have to be classified as “attacks,” although they recognized they did not know what and who can be behind such a “constellation of symptoms.”

The Cuban authorities have denied any responsibility in the events and that what occurred is a consequence of a deliberate attack, a hypothesis that in their opinion responds to a politicization of the subject by the White House, which this Wednesday branded NBC’s report as “conspiracy without proof or foundation.”

Diverse world scientists and academicians also have questioned the U.S. theories about the alleged attacks.