rodolfo_alpizar
in Politics in Cuba
0 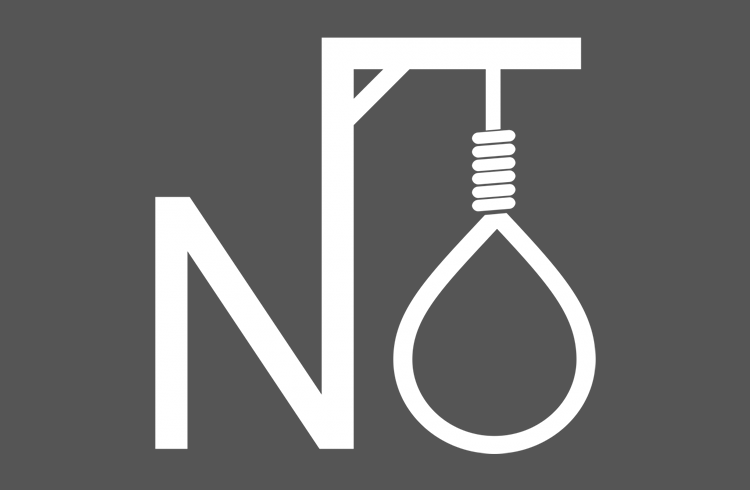 In my opinion, a humanist and modern constitution that follows Martí’s ideas should forbid the deal penalty in all cases. The truth is that many citizens consider that it should exist, but that it be applied in exceptional cases. That it be forbidden would be the right thing and we should head toward that; that it be allowed but with multiple restrictions that almost annul it could be a step in that direction. No matter which, what is inadmissible is that the Constitution ignore a matter that concerns the first of all human rights.

It is amazing that the subject was not in the content of the Constitution of 1976. Even more amazing is that it does not appear in the draft of the new Constitution.

When on May 20, 1902 Cuba was born as a Republic before the world, its constitution referred to the death penalty, and it was expressly forbidden to apply it for political crimes. That of 1940, an example for its time, as we know, in its article 25 stated:

The death penalty cannot be imposed. The members of the Armed Forced are exempted from military crimes as well as the persons guilty of treason or espionage in favor of the enemy in times of war with a foreign nation.

A few days after his coup d’état, Fulgencio Batista imposed on April 4, 1953 the Constitutional Statutes, where the validity of the Constitution of 1940 was abolished and the death penalty was reinstated for cases involving gangsters and gunmen.

That is, the death penalty was reinstated in republican Cuba in 1952, as a consequence of the coup d’état in which Fulgencio Batista became the owner of the Republic’s destinies. The concept englobed in the expression “involving gangsters and gunmen” was wide ranging and allowed its interpretation according to conveniences.

The Fundamental Law of 1959, although it repeated the 1940 prohibition of the death penalty, added a long list of exceptions; that is: cases in which it could be applied:

Article 25. The death penalty cannot be imposed. The cases of the members of the Armed Forces, of the repressive agencies of the Tyranny, of the auxiliary groups organized by it, of the armed groups privately organized to defend it and of the informants, for crimes committed in favor of the reinstatement or defense of the Tyranny overthrown on December 31, 1958 are exempted. The persons guilty of treason or of subversion of constitutional order or of espionage in favor of the enemy in times of war with a foreign nation are also exempted.

Meanwhile, the Constitution of 1976 ignored referring to the subject, and its 1992 reform also overlooked it. Thus a juridical limbo was created, since with the Constitution of 1976 the Fundamental Law and its mention of the death penalty stopped being valid. This gave rise to interpretations accommodated to casuistry. For example, the 1987 Penal Code affirmatively interprets the constitutional silence, and declares as valid the death penalty, while in its article 29.1 it expressed that “it has an exceptional character.”

That is, for lack of a constitutional pronouncement, regarding this the creators of the regulation were guided by their own convictions.

A Constitution that proclaims in its chapter 1 the humanism and repeatedly recalls Martí’s teachings cannot obviate a penalty that concerns the principal of the human rights, that of life, and leave it to the interpretation of three persons, fallible by definition (in a five-member court, the vote of three is sufficient to make a decision).

In no case should the death penalty be applied, not in Cuba or in any other part of the world. Whoever thinks that it is a sort of vaccine against horrific crimes overlooks that, until today, the existence of the death penalty has not made bloody crimes decrease in the countries that apply it. And, on the contrary, many places that apply it are among those with the highest crime rates.

The death penalty is the only one that is not reversible. If a minute after it is applied it is discovered there was a mistake, it is impossible to bring back to life the innocent “executed man.”

If by majority of the National Assembly it is decided that the Constitution not forbid the death penalty, Cuba would lose a good opportunity to be on a par with modernity.

If that happens, at least it should be guaranteed that the exceptionality be total. For example, by virtue of the irreversibility that characterizes that penalty, it should be expressly forbidden that some of the formalities established for its imposition be overlooked. Skipping stages in the process under the pretext of “punishing” or “creating a precedent” or simply “by virtue of the seriousness of the cases” cannot be justified. That is, the application of the death penalty as a result of a summary or very summary trial cannot be allowed.

On the other hand, it is well established in jurisprudence that the maximum penalty established in the penal code is not applied in the case of a crime committed in a tentative degree; however, history is full of capital punishment sentences in which in the end the crime was not committed and, therefore, it was not punishable with the maximum sanction, death.

Therefore, if the death penalty has to remain in Cuba, that it at least be done with the maximum of formality, without haste and, above all, that it never be applied again if the crime doesn’t get to be committed.