The Cuban airline will stop flying to seven destinations, mainly in the Caribbean, due to cancellation of aircraft lease contracts, due to U.S. embargo pressures against Cuba. 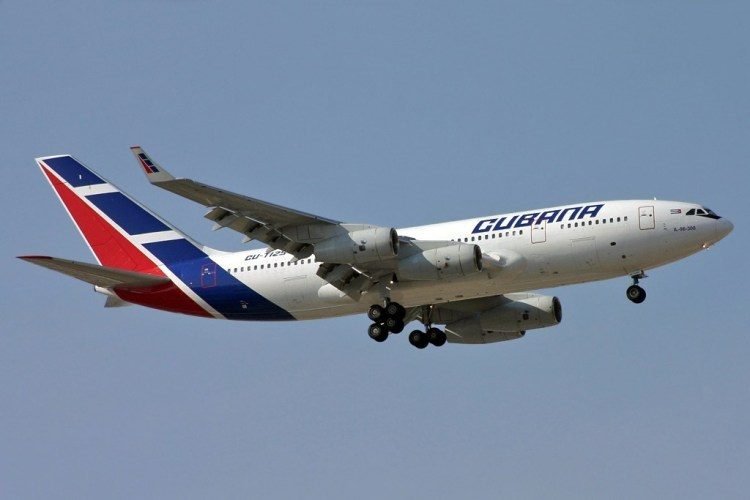 The state-owned Cubana de Aviación airline announced the cancellation of its flights to seven international and two national destinations, and blamed this to the recent intensification of the U.S. embargo.

Flights between the capital and the eastern cities of Santiago de Cuba―the island’s second in importance―and Holguín will also be affected, according to the state-run news agency, which gave no further details.

The deputy director of the airline, Arsenio Arocha Elías-Moisés, said that Cubana de Aviación was notified of the termination of two aircraft lease contracts by third-country companies―which he did not identify―due to the latest sanctions imposed by the Washington administration against Cuba.

Arocha specified that the suspension of operations to the aforementioned destinations will affect about 40,000 passengers until next December 31 and economic damages are estimated at about 10 million in “freely convertible currency” (this is interpreted to be equivalent to USD) to date.

He considered the U.S. actions cause “indirect damages” to the image of the Cuban commercial aviation company, which invalidates its ability to meet the commitments already made.

However, the official indicated that the Cuban airline is looking for alternatives to this situation and that, despite the escalation of pressures by the U.S. government, it is assessing the relevant solutions to continue providing services.

He also affirmed that the total value of the tickets will be returned to the affected passengers at the commercial offices of the airline, and that they will proceed to make a readjustment of the national routes.

The most recent report by the Cuban government to quantify the economic damage caused to the island by the U.S. “blockade” (as the embargo in force since 1960 is called in Cuba) argues that it amounts to 138,843,000 dollars at current prices and 922,630,000 at constant prices.

According to these data, Cuba registered losses of 4.343 billion dollars between April 2018 and March 2019, and the transportation sector has suffered damages of more than 170 million dollars in that period.

Specifically, the aviation area’s losses have been more than 136 million dollars, according to Ministry of Transportation official Ivette Caballero.

As the official explained, Cuba cannot buy aircraft, it has to lease them at high prices, and neither does it have the possibility of accessing the suppliers of spare parts, parts and other items because these companies are linked to U.S. companies and capital.

Since President Donald Trump arrived at the White House in January 2017 he has strengthened the Cuba policy with reductions in its diplomatic personnel, an increase in the trade embargo, restrictions on cruises and limitations on Americans’ travel to the island.

The latest measures ordered by Washington to intensify the embargo that went into effect last Monday forbid the selling to Cuba of items containing 10% of U.S. components or telecommunications infrastructure.