The consequences are disastrous for tens of thousands of entrepreneurs whose daily difficulties in their activity will multiply. 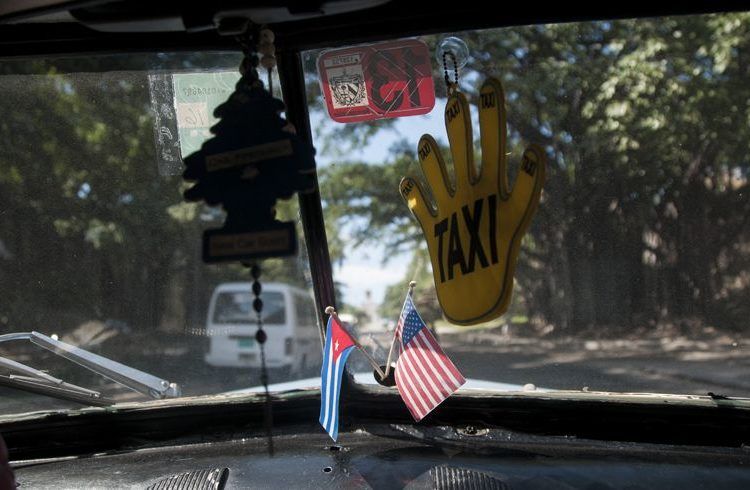 The U.S. Department of State has achieved that Cuban private and state enterprises have something else in common: both are denied access to the U.S. market.

With the disappearance of B2 visas valid for 5 years and with multiple entries, a political decision with administrative pretense, a “mini blockade” for the Cuban private sector has been added to the scene of the confrontation.

The disastrous effects accumulate over the slowdown in the travel of Americans to Cuba due to the change of policy towards the island by the Trump administration in 2017, Hurricane Irma and the “induced coma” suffered by the U.S. embassy and consulate in Havana.

This new measure affects entrepreneurs twice over. Like tens of thousands of other Cubans, it hurts us as individuals, by considerably reducing the possibility of visiting our relatives without it being necessary to live the terrible ordeal of going to a third country to obtain a visa to travel. And it affects us as entrepreneurs, when all of a sudden it becomes practically prohibitive to obtain resources in that country, as many have been doing in recent years.

All this is combined with the domestic impossibility we have of making imports with a commercial character and with the Cuban customs regulations aimed at discouraging the entry of merchandise for the informal economy.

It is a cocktail resulting from the work of both governments, on each side, which complicates the lives of many people whose only option to realize their projects is to procure supplies in neighboring countries.

The decision to eliminate the granting of the five-year B2 visa comes, however, at the moment when the Cuban government seems to be reassessing the participation of the private sector in the national economy, after suspending the most absurd aspects of labor regulations for self-employment, and as a result of the mobilization of many voices from the sector that demanded good sense from the Cuban authorities.

The end of the five-year visas not only affects the entry of Cuban self-employed persons to the United States, but also to countries such as Mexico, Panama and Haiti, for which a visa is not needed to enter those countries if you have an American B2 visa. In the case of Mexico, for example, also being a frequent destination for purchases destined for the island’s private businesses, it is known that it is extremely cumbersome to even get an interview in Havana to begin a visa process.

In the case of those who had a B2 visa, they prefer to travel to the United States instead of Mexico or Panama despite the fact that they are cheaper destinations because they combine family visits and leisure with the purchase of equipment, materials, tools and supplies.

Throughout recent years I have seen how especially the high-standard home rental businesses, designers, workshops, artists, food establishments for high-consumption market segments and modern and old vehicle renters chose to go to the United States to get quality products and adjusted to the needs of their businesses and customers.

The greatest impact of this decision will be seen mainly felt by businesses that are starting. And also in a group, probably small, of entrepreneurs who managed to overcome the distrust of American banks when it comes to Cuba and opened bank accounts in the United States taking advantage of one of the measures adopted by the Obama administration in March 2016 that allowed Cuban citizens non-residents in that country, usually with the B2 visa, to opt for this facility.

This option was very attractive for entrepreneurs in the technological area because it allowed them to process through these accounts income from foreign clients and make payments for the services of technological platforms necessary for their work, buy domains, pay for hosting services, among others. Money deposited in American banks cannot be managed using Cuban banking mechanisms. Surely, anyone who has money deposited in those accounts and has a B2 visa about to expire must be living a worrying situation, to say the least.

Another effect to take into account and that is far from the “material” interpretation of this regrettable decision lies in the field of the flow of ideas.

Traveling to the United States was an opportunity to draw on know-how and new trends in business and communication to provide a specific service once back in Cuba. Entrepreneurs not only brought in their suitcases supplies for their businesses, but also innovative ideas and concepts to creatively apply them in the Cuban context.

During recent years, many entrepreneurs combined their leisure and shopping trips with participation in meetings, events and social and unpaid meetings in which they exchanged experiences with businesspeople, academicians, journalists and politicians in favor of the rapprochement between both countries. This will also increasingly be a rarity.

A broader truth floats over these considerations: the Cuban private sector is also influenced by the state of relations between our two countries. If the U.S. administration ever thought, as we know it did, that it was possible to bypass links with the self-employed while imposing siege conditions on the state sector, the result of its decisions regarding Cuba demonstrates just the opposite.