For the time being there is no evidence to advance formal charges against the former president of Argentina. 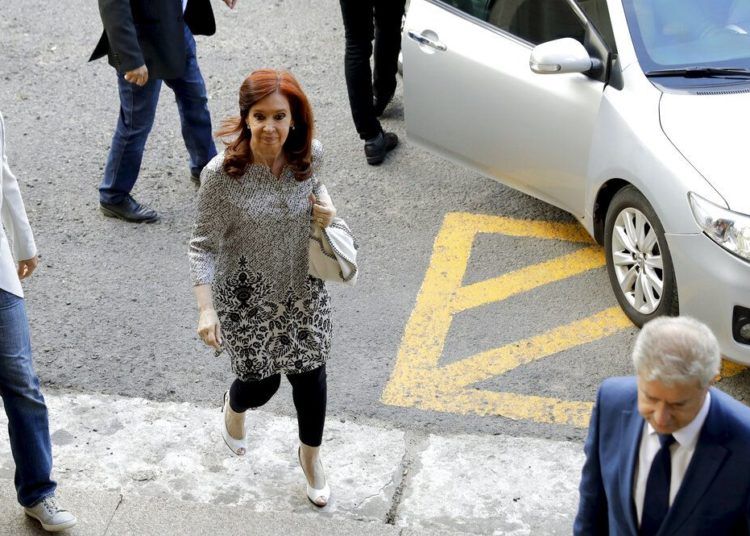 According to a resolution issued this Wednesday by an Argentinean Court of Appeals, there is currently no evidence to advance formal charges against former President Cristina Fernández in a case for alleged money laundering.

The measure was ordered by the Federal Court of Buenos Aires backing the decision made in November by federal judge Sebastián Casanello, who argued in a ruling that “there isn’t sufficient merit to prosecute or dismiss” the former president (2007-2015) and current opposition senator in an investigation in which she was suspected of illegal maneuvers in conjunction with a construction entrepreneur. However, if the required evidence arises, she will be involved again.

In that sense, the House ordered Judge Casanello to deepen the investigation. “It is inevitable for the judge to exhaust all those research channels that logic indicates…the objective platform on which the present investigation is based is still incomplete and does not allow a final judgment of the behavior of Cristina Fernández de Kirchner,” said the resolution.

The cause originated based on a journalistic report of 2013 according to which Lázaro Báez ̶ owner of a construction company and close to Fernández and her deceased husband and former President Néstor Kirchner (2003-2007) ̶ had set up a corporate and banking structure abroad to take out of the country between 50 and 60 million laundered dollars to bank accounts in the name of their children.

Báez had been benefited with millions of dollars’ worth of public work contracts by the Kirchners. The prosecutor’s office accused Fernández of being Báez’s partner and considered that the financial operation included that the public funds that the employer received for the work would return “to the presidential family.”

Fernández, 66, considered the investigation a political persecution orchestrated by current President Mauricio Macri, the same argument she has been holding in the various court cases she faces.

The former president is processed in ten cases and with a request for detention in five, but she is protected by parliamentary immunity that prevents her from being arrested and she would only lose that benefit with two thirds of the votes of the senators, something very unlikely because the Peronist opposition has advanced that it will not support that measure until there is a firm sentence.

In political circles, there is speculation that Fernández could run for president in the October elections based on polls that show her as the opponent with the most votes against Macri, who has expressed his willingness to be re-elected. However, the judicial panorama of the former president is complicated.

The first corruption trial that affects her is scheduled for the beginning of May, in which she will be tried for the alleged irregular assignment of public works to the business group led by Báez in the southern province of Santa Cruz.

Meanwhile, the day before, reports came out about Fernández’s prosecution with preventive prison for alleged irregularities in the concession during her administration of subsidies to the transport companies that operated bus and train services.