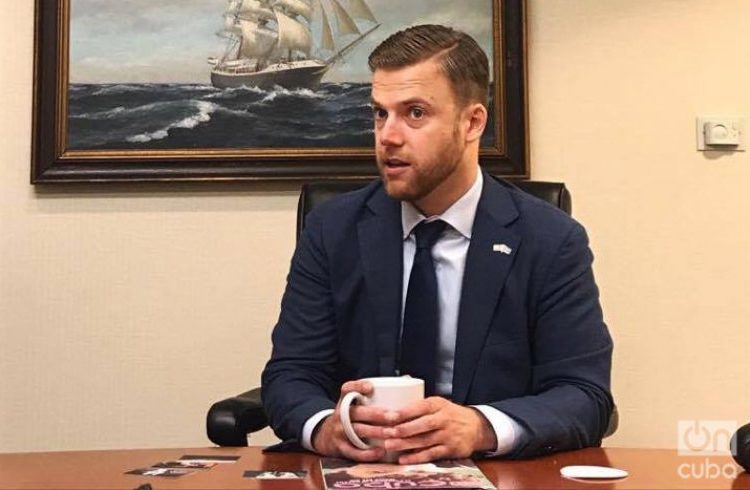 Two years after the reestablishment of diplomatic relations between Cuba and the United States, James Williams, president of Engage Cuba, affirmed that the bipartisan support for rapprochement has increased in the United States and that this tendency will continue in the future.

Despite President Trump’s announcement, which represents a rollback in bilateral relations, the backing to seek greater rapprochement stands out, he said to Prensa Latina news agency.

In the interview, Williams mentioned that there is a debate on Cuba that hadn’t been seen in a long time, even very different to that of the last two years.

The president of Engage Cuba said that they are living that and that they will see even more. More Congress members and governors will go to Cuba, as well as other persons who notice a leadership void in that sense and want to fill it.

According to Williams, in addition to the changes announced by Trump, the context is not the same. The proof is in the growing number of Americans visiting the island, the trips of airlines and cruise lines, the business interests….

In June, headed by Engage Cuba, a group of businesspeople, economists and experts in Cuba estimated the economic impact of a rollback in the measures toward Cuba.

According to data, it will cost the U.S. economy 6.6 billion dollars and would affect 12,295 job posts throughout the first term in office of the Trump administration. A restriction on the export of agricultural products to Cuba could cost an additional 1.5 billion dollars and affect 2,205 more job posts in the United States, they pointed out at the time.

If Trump doesn’t take care of the rapprochement, the place should be occupied by others interested in working on the lifting of the embargo on Cuba, said Williams.

Engage Cuba is making an effort to explain the importance of bilateral relations to the largest amount of persons possible, be it in Capitol Hill, the White House, the agencies or the state governments. In his talk with Prensa Latina, Williams affirmed that the best road would be that the governments be able to sit at the table and talk, that the people talk to each other and that the process not be guided by a few.

Traffic accidents cause losses worth millions in Cuba