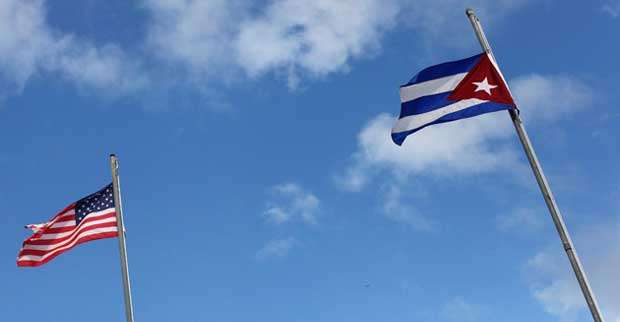 There is a medical motto that the U.S. Agency for International Development (USAID) would do well to adopt: “First, do not harm.” It seems reluctant to understand it in the Cuban case. From the Bush Administration to date, the agency belonging to the Department of State has spent hundreds of millions of dollars following a destructive conception of what it calls “promotion of democracy and civil society in Cuba.” Under this section, subcontractors and agency officials have implemented an interventionist model that has nothing to do with the empowerment of Cuban civil society and the promotion of human rights: the Helms-Burton Act.

The bill, sponsored by late Senator Helms, who had the democratic credentials of a member of a “whites only” club, ignores any U.S. obligation under international law. Obsessed since 1959 to oust Fidel Castro, the authors of the law chained the U.S. policy toward the entire Cuban nation to that goal. As explained by former senior CIA analyst for Latin America Fulton Armstrong, under the Bush administration destabilizing missions against the Cuban government, which previously fell under the rule of the intelligence agencies, were transferred to the USAID. The USAID tried to employ new methods to reach the same goals of the old anti-democratic anticommunism of the Cold War with international development specialists doing work that was previously done by intelligence agents. Jesse Helms said it when his law was passed, there was no space for negotiations or compromise with the government in Cuba, everything was about ousting Fidel Castro in “vertical or horizontal mode.” In this logic, human rights are just an excuse.

When someone believes that there is nothing to add to the saga of corruption in Miami, diversion of funds, waste of taxpayers’ money, and misinformation that has characterized the programs “promoting democracy” for Cuba, USAID always surprises us. What is new now is using young people from third countries in apparent health programs. The idea was to use a few lessons to Cubans about using condoms to identify potential opposition leaders. All of this funded by public money. The prestigious U.S. Senator Patrick Leahy (D-VT) has described it as “more than irresponsible.” One wonders if anyone in their right mind would put money from their own pocket in such impetuous idea.

Since the capture of Alan Gross, a USAID subcontractor arrested in Cuba for another poorly designed program of the agency, the cheap talk about Cuban civil society is increasingly accompanied by recklessness. From Gross to Zunzuneo, another invention to create a “Cuban twitter” for a supposed Arab Spring style rebellion, and from there to these inventions, the logic is to overthrow the current government with no idea of what to propose as an alternative, sabotaging any incremental democratization project and gradual economic opening. It happened with the Obama administration, the same one that got intoxicated with the “democratic” smoke and released from Qaddafi’s prisons the terrorist who later attacked the U.S. consulate in Bengazzi.

One wonders if any serious expert with the long term U.S. national interests in mind, has a place in the USAID Cuba program. To Gross, USAID recommended using the website Babalu as the first source for information on Cuba, a rabid Miami blog, described by the dissident Yoani Sánchez as “the grandfather of Cuban blogs”. It is a whacky “grandparent”. In several articles the blog accuses President Obama of being a tyrant in the tradition “of Stalin, Hitler and Mao Zedong.” Curious is that the U.S. government itself recommends such material as the first reliable source of Cuba. What a bunch!

After misinforming Gross with Babalu, the U.S. government sent him to the covert mission of creating Internet networks, outside the Cuban government surveillance. The bases for the networks supposed to be the Jewish communities of Cuba but the U.S. government never asked Cuban Jewish leaders for their informed consent for such plans, considered illegal in Cuba and in many countries as part of national security protection against a cyber attack. Gross, who could not speak Spanish when he was chosen for that covert mission, has spent five years in a Cuban prison.

In her memoirs, former Secretary of State Clinton adventures the hypothesis that Gross is the obstacle that the hardliners in the Cuban government uses to block an improvement of relations between Cuba and the U.S. If we take that as true, for the sake of the argument, it is surprising that the U.S. has fallen for what Clinton says it is a Cuban hardliners ploy. Ruth Marcus of the Washington Post, in the presence of the release of five Taliban terrorists in explicit exchange for U.S. soldier Bowe Bergdhald, asks why the Obama Administration haven’t implemented a similar solution for Gross. In the case of the Taliban there is the clear danger that the released prisoners inspire or even participate in hostilities against the U.S. In a reasonable solution to the Gross case, U.S. would make a parallel humanitarian gesture with the three Cubans still in prison, without bringing any risk upon U.S. security.

Two constants of the USAID Cuba program is the disrespect for Cuban civil society and the damage to the credibility of the laudable projects of the agency in other nations. If in other parts of the world, USAID programs require informed consent of local actors, in Cuba these covert activities ignore strong opinions of religious, civil, youth and professional communities against the Helms Act. Washington claims to promote civil society but start by disrespecting it. In the most childish way it will not take “no” for an answer when Cuban nongovernmental actors told it to remove the Helms law-“and then we’ll talk.”

In its kowtow to Senator Menendez, who blocks anyway its ambassadors, the Obama administration has forgotten assessing the intangible damage to the credibility of its foreign policy. Has anyone thought about the discredit post-embargo a Cuba policy on democracy promotion, health cooperation and development assistance will inherit? Did anyone assess the negative impact of the use of seminars on HIV cases for the USAID and its officials in other countries where they have gained prestige and respect with true health programs? In Bolivia several pro-government newspapers have used the case to reaffirm the interventionist nature of USAID and defend the position of Evo Morales to expel the U.S. agency.

The American policy of regime change toward Cuba holds a terrible paradox. As the Obama administration exerts its unilateral embargo, the influence and respect towards the USA deteriorates. The more the USAID uses cheap words about of democracy, international development and human rights to violate the sovereignty of Cuba and other countries, disrespecting Cuban civil society, their actions undermine more the credibility of those values.

The Obama administration is debunking one of the greatest assets of American foreign policy: the commitment to the rule of law. Confronted with each revelation, the State Department spokesmen twist the truth like a pretzel to present clandestine USAID programs in Cuba as public and respectful of the laws of other countries and their own. Around the world, people see little or no connection between their democratic aspirations and the rhetoric and actions emanating from Washington to Cuba.

¨Near the end of my tenure, I recommended to President Obama that he take another look at our embargo.  It wasn’t achieving its goals and it was holding back our broader agenda across Latin America.¨ Hillary Clinton wrote. Less than a year away from the Americas Summit in Panama, President Obama should listen to her. He has plenty of presidential prerogatives to avoid causing more harm.