Cuba is not on the agenda for big problems. But precisely for that reason, it can serve as a demonstration with a less complicated and cautious effect than turning around relations with China, Iran and the immigration policy. 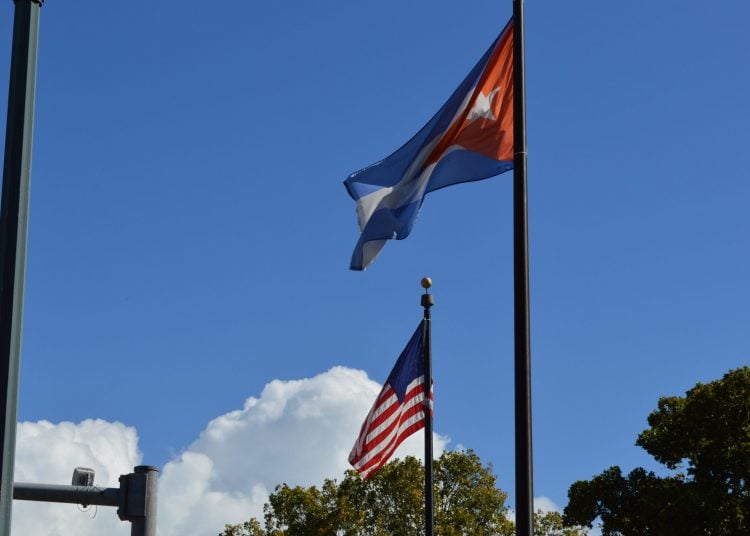 A Japanese friend told me that in her land people don’t follow the elections and the vicissitudes of U.S. politics so closely; they are more interested in the People’s Republic of China and the Democratic People’s Republic of Korea, with which their own history is interwoven, including, by the way, burning migratory influxes. It’s not that they and their government suffer from a colonial syndrome that puts their destiny in the hands of others, from a dependent and obsessive mentality with these neighbors, or anything personal, ideological or paranoid towards them, but from a geopolitical condition, which explains a knowledge prior to Marxism-Leninism.

The Japanese parallel illustrates a recurring aspect in some views on U.S.-Cuba relations: ethnocentrism. According to this perspective, we Cubans are not like anyone, what happens to us is always exceptional, a 60-year tragedy has divided the national being, previously well rooted, we are very different from other places where harmony and understanding reign, and the worst of all in the face of the good will of the Americans, with whom we cannot understand each other because we really don’t want to, unlike so many others who harmonize with them. That’s how we are, always seeing the straw in our eye, like Caribbean Jews, racked by the diaspora, the exodus and the other biblical paraphrases.

That ethnocentrism, by the way, is also reflected in ideas such as that U.S. presidents wake up thinking about the Cuban Revolution, that we are the thorn in the side of the empire, that Cuban politics only responds to ideological motivations and not to national interests, that our allies are those who share our highest principles and values, that the nation is confused with socialism, etc.

That ethnocentrism, from where it’s difficult to understand and explain politics, has an air of vampires: they don’t see themselves in their own mirror. That is, they only see the qualities they have chosen.

In a previous text, I tried to characterize Cuba-U.S. relations during the terms in office of Barack Obama and Raúl Castro, to outline the tango they executed in just two years, to show that the two sides yielded considerably, if not only the embargo barrier is taken into account, but rather the legacy of mistrust, and the enormous asymmetry that separates them. I also mentioned some differences between the two, such as the risks and collateral costs assumed, without insurance that would guarantee them.

Let me take a few more steps along this oft-hidden path. When the U.S. government establishes agreements with Cuba, it can assume that it will deal with the same government for a period of more than four years. The stability factor has the advantage of making it possible to get to know the Cuban leadership well, learn how it thinks, predict its reactions, analyze its environment, calculate the limits of its power and the viability of its policies, projected in five-year plans. The Cuban side lacks that advantage. If now Joe Biden fills us with hope, we must not forget that, as soon as 2024 arrives, the 51 polling stations in charge can perfectly choose (God forbid) a Donald Trump.

This situation preconditions relations. Already the president-elect’s team has an eye on securing the second term, as well as on securing at the most congressional elections in just two years. As is known, since the 1960 fight between Nixon and JFK, this electoral climate, with its high volatility, is terrible for countries like Cuba—in general, for Latin America and the Caribbean—, no matter what we are doing or not, given the adverse effects that they use us as study material for their electoral battle.

On the other hand, many U.S.-Cuba weather reports overlook that Joe Biden is going to be the first U.S. president with a completely new Cuban counterpart. If Obama emphasized that he was not born when the Cuban Revolution triumphed, it’s worth remembering that Díaz-Canel didn’t either. He had nothing to do with the Bay of Pigs, the missile crisis or the guerrillas in Latin America, nor did he take part in alliances with the USSR or the Tricontinental. If Obama was 30 years younger than his interlocutor Raúl Castro, Biden could be the first American president to talk with a Cuban head of state and Party Secretary1 18 years younger than him and whose last name is not Castro.

Anyone would say that this circumstance is highly favorable to make progress in relations. However, previous experience tells us that, with the U.S., the stars incline, but don’t oblige. I will point out below some political processes already underway that can align those stars in the direction of renormalization, sooner rather than later.

Two weeks ago, I mentioned the likelihood that the new U.S. government team would prioritize Trumpism’s counter-reform. This would include the major problem areas of its global foreign policy: the European Union, China, Russia, Iran, Iraq, Afghanistan, climate change, trade agreements, etc.

As is known, Cuba is not on the agenda for big problems. But precisely for that reason, it can serve as a demonstration with a less complicated and cautious effect than turning around relations with China, Iran and the immigration policy. It was exactly that logic that prompted Obama to invest his last two cents of political capital in an issue as secondary as Cuba. Jeremy Bentham, the architect of utilitarianism, would interpret this as achieving maximum benefit at minimum cost, through a matter that, although small, is applauded by his allies and the rest of the world, as is known from experience.

Comparatively, sweeping the ravages of the Republican elephant in the glassware cabinet of our relations would pose no major complication. Restoring remittances, travel, food and medicine sales and, above all, normalizing the work of the consulate and the process of granting visas in Havana can only be opposed by the most bombastic Trumpists in Miami. I wonder if the experts who, from dissimilar balconies (EFE, Granma, El Toque…) seem to agree that Washington’s policy towards Havana passes through Miami, would wager something on the real power of these bombastic people to dictate it regarding the aforementioned issues.

The second requirement for change is the existence of an elaborate strategy for dealing with Cuba. Some meteorologists wonder about the reality of that vision, as if we were in a kind of zero degree in relations. Described as a double-edged knife or a Trojan horse, the same dog with another collar, or other novel metaphors…it is definitely not an enigma. The Presidential Directive on U.S.-Cuba relations, produced by the Obama administration in October 2016, and shared with the government team of which Joe Biden was part, sang his triumphs loud and clear, as they say in the trick-taking game of tute, in one and another suit.

Can we have an idea where and who gets to play that tute? We know that security issues are not decided in the Senate Foreign Relations Committee hearings or in the Florida legislature, but in the foreign policy command bodies, historically decisive in relations with Cuba. If we give even a minimum of credit to bureaucratic policy models, to advocate what will be done regarding Cuba, we should start by appreciating the communicating vessel with the Obama administration. Appointments of figures charged with directing national security and foreign policy from senior positions in the previous Democratic administration (and more remote ones) include the National Security Council (Jake Sullivan), the Department of State (Antony Blinken), Homeland Security (Alejandro Mayorkas), the intelligence community (Avril Haines) and the president’s chief of staff (Ron Klein).

All of them were already there between December 17, 2014 and January 20, 2017; and there are still a few more to be named, from various hierarchies. For example, the ambassador to the UN (with rank in the NSC) and the special envoy of the president for the climate (member of the cabinet) turn out to be a black career diplomat expert in Africa (Linda Thomas-Greenfield), and the former state secretary who inaugurated the embassy in Havana (John Kerry). If the continuity of normalization had a name and surname, this list would be eloquent.

On the other hand, finding a common thread to these appointments could lead to dreams of reason. Say, it might occur to someone that when Biden appoints a Cuban-born California attorney to head the agency in charge of counterterrorism, border control, transportation security, and immigration, who has negotiated and signed agreements with MININT and the MINFAR (those Castroist agencies blacklisted by Trump and company), he is setting Marco Rubio and Mario Díaz-Balart sailing out to sea on the Cuba policy.

Lastly, let us return to geopolitical reason and the global dancefloor of the tango. According to our previous story, the U.S.-Cuba conflict has unfolded with elements and in arenas that go beyond strictly bilateral space. If instead of the upside-down spyglass in Miami a wide lens were used to allow a triangular look, how would their relations with the European Union, China and Russia interplay? To what extent could the U.S.-Venezuela-Cuba triangle evolve? What will happen in Latin America and the Caribbean in 2021, in Bolivia, Chile, Ecuador, Peru, Nicaragua and Honduras? In Argentina and Mexico? To what extent will the region’s magnetic field, for reasons and hazards unrelated to both countries, move in a configuration conducive to Cuba-U.S. relations?

To comment on these questions, with adherence to the logic of tango and the dancefloor, the structure of Cuban foreign policy and its factors should be explained, within the framework of its relations with the world, instead of simply reflecting the conflict-cooperation with the U.S. What alliances, interests, convergences, associations and disagreements govern it? Where do their strengths and weaknesses lie? How have they moved during the Trump era? What signs announce that it’s ready or not for renormalization with the U.S.? How do these foreign relations interact with domestic politics?

Understanding this interaction requires looking without polarized lenses at the reform process and the transition matrix. Calibrating the U.S. as a domestic factor in the transition implies thinking about it in the context of other factors and dynamics, such as relations between the two societies, and in no way as a negotiating agenda between governments. Although it’s easy to say, to put it in the words of Jorge Luis Borges, deciphering “that new tango…is a riddle, without a lack of perplexing variations, the common places and the reasoned discord of the commentators.”