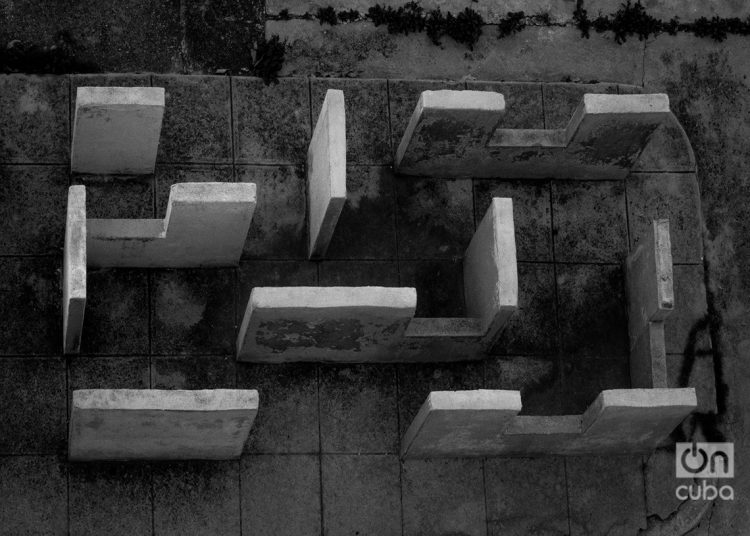 In recent days there has been a lot of discussion in Cuba and abroad about the legality and legitimacy of the criminal process that ended with the 8-month prison term for Denis Solís, a Cuban rapper member of the San Isidro Movement, in Old Havana, which has sparked a protest by supporters of the Movement in Havana.

The rapid way in which he was sanctioned for the crime of contempt has left doubts among those who have learned of the conflict that arose as a result of this conviction in a process that was fully resolved in 72 hours, according to some media reports.

Knowledge of the basic contents of general, special and procedural criminal law, as well as criminology and forensic law, are generally minimal, which is why we believe it useful to clarify some technical aspects of this case, which in reality become, due to their importance, aspects of due process and thus of the rights most considered by citizens.

To learn details about the procedure by which Denis Solís was tried, we spoke with Cuban jurist Harold Bertot, professor and researcher, with experience in human rights, constitutional law and public international law.

Is it possible that someone can be tried, in Cuba, in such a short time and without the participation of a defense attorney?

The regulation of the summary procedure in the Cuban Criminal Procedure Law, for offenses punishable by up to 1 year of deprivation of liberty or a fine of three hundred quotas, and under the jurisdiction of the Municipal People’s Courts, contemplates that their processing can be done through what is known as “direct attestation.” It has notable characteristics that differentiate it from the ordinary procedure, among which is that the police is the one who does the investigation, unlike the ordinary procedure where the investigation is in charge of an investigative body. In both processes, the prosecutor is in charge of supervising, controlling and deciding on the case that is sent to the Court for the oral trial (either the police or the investigation), he also has the power to close the proceedings and return the case file to the police so it can expand the investigation, among other things, but with the difference that in the direct attestation the prosecutor can dispense with participating in the oral trial. Similarly, if the defendant does not appoint a lawyer (that is, hires one), he goes to trial without a lawyer. In the “direct attestation” the terms are shorter than in the ordinary procedure.

What are the limitations on the rights of the accused that this procedure may entail? Is it legal to try, without all the guarantees, the accused in a criminal process?

It is thus provided for in the law and that makes it “legal.” It is understood that this procedure is not devoid of procedural guarantees. It cannot be said, without analyzing specific cases, that guarantees are violated in the abstract in this type of process. However, as a jurist, and as someone who practiced the defense in many cases of this type, it is true that the biggest problems could be found even beyond its operation, which demands, like any process, technical, professional elements and a high dose of ethical awareness and justice. The biggest problem is, in my opinion, in its design, which seems to rush almost everything up to situations in which elementary foundations in a rule of law can be ignored. And I’m not saying it because this is exclusive to Cuba. Quite the opposite. Cuba has always been in the lead in the guarantees of the criminal process (at least in its design) with respect to other procedural regulations such as those of the American continent. When the Spanish authorities ordered the application of the criminal procedure law of 1882 in Cuba in 1889, the procedural legislation that came later was inspired by it. The advantages of this, which did not occur in a large part of Latin American states, is that the Spanish procedural law was influenced in turn by French procedural legislation after the 1789 Revolution. This legislation tried to advance as far as it could the procedural scheme known as “inquisitorial,” which was characterized by secrecy, non-contradiction and the absence of orality throughout the process (oral is essential to guarantee the rights and guarantees of the defendant). At least these harsh realities that led to much arbitrariness tried to be lessen with the introduction of an oral trial, with contradiction between parties, an impartial judge, among others. That is why Cuba was, from the formal point of view, much more advanced in criminal procedural matters in the laws that came later, compared to other states on the continent that did not have the direct influence of Spanish procedural law, as evidenced by the late procedural reforms in Latin America.

So, do you think this process represents a setback in that sense? What is justified in determining to prosecute someone through a “direct attestation” instead of the ordinary process?

Taking into account the theoretical, doctrinal and normative level in the protection of human rights and the enormous deployment of guarantees around criminal proceedings, which in many cases have constructed a “guarantee” atmosphere in criminal law matters, the design of these schemes undoubtedly represents a setback. It has been justified with the idea of ​​speeding up the process in the face of events that are not very controversial or of great complexity or relevance, and thus not extend it with the deadlines set for the ordinary trial. It is about shortening all deadlines and making the process flexible. However, in my opinion, it is necessary to avoid designing or constructing processes of this type that are in a worse condition to guarantee the rights of people when it can lead to deprivation of liberty.

Can the speed of the justice system in resolving a matter be considered a sign of proper functioning?

The “agility” and the “expediency,” a quality in many cases demanded in procedural systems weighed down by obsolete regulations, loaded with excessive formalism and ritualism, cannot lead, I insist, to what can condition the full respect and guarantee of the rights of the individual in a criminal process, an individual who faces the state machinery of the judicial system always at a disadvantage. For this, a whole set of procedural norms, values ​​and principles was opposed that delineated the “accusatory system,” as a procedural scheme, against the “inquisitorial system.”

For example, the right to a defense, is it not basic?

Personally, as can be deduced, I have never agreed with the possibility of an oral trial without the possibility of a technical defense of the “accused,” nor with the absence of a defense of this type in the phases prior to this, when criminal law even provides for penalties of deprivation of liberty. This confronts the individual, devoid of technical knowledge, overwhelmed by the situation, and with the possibility of carrying with him deficiencies in the cultural order, before a robed and solemn judge, who seems to constitute himself as judge and party in some situations (without being so in the purest technically order), because in this type of procedure there is also the possibility that the prosecutor is not present in the act of oral trial. When this is the case, when a judge can decide in the absence of an open and contradictory oral debate between the parties, when there’s the possibility that an individual does not have technical assistance in his defense, so that he knows what to say, what not to say, how to say it, what is the best thing to do for him in that situation, the same procedural logic that inspired the inquisitorial procedure is reproduced, like it or not, whose procedural scheme was fought by humanist thought due to the absence of “contradiction” between parties and due to the non-existence of a sentence that is the result of the debate, of different points of view on a probative material that is examined and evaluated directly.