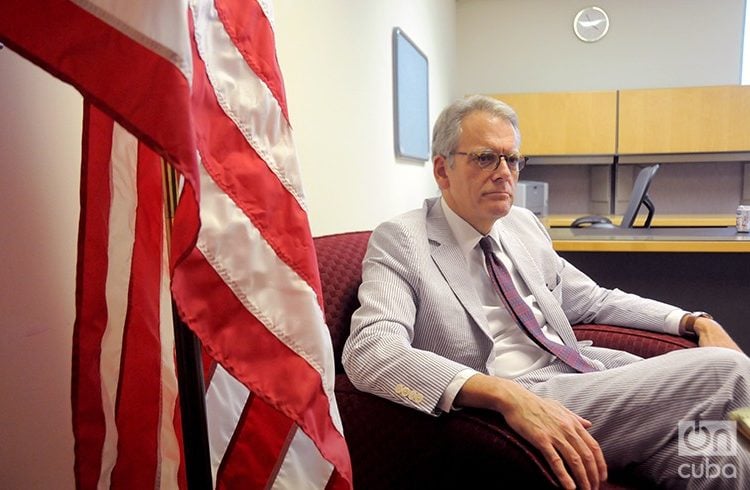 This July 20 marked the first anniversary of the restoration of Cuban-US relations. The international press, on both sides of the Florida Straits in particular, devoted headlines to taking stock and to remembering the date. A year ago this day, the Cuban flag was raised in Washington at the new embassy’s headquarters, ​​a space formerly occupied by an Interests Section. On 14 August the opening ceremony for the US diplomatic mission in Havana will be remembered. Both events concluded an essential first step – the diplomatic – in the road of normalization.

Over the course of this year bilateral and cooperation agreements on areas of mutual interest have been signed. There has been significant progress in the diplomatic arena; both countries have received delegations from different levels, US travel to the island has significantly increased. Although they are few in number some contracts with US companies have been signed in the areas of ​​telecommunications and tourism. And during this year President Obama visited the island on an historic trip. A small group of foreign media accredited in Cuba, OnCuba among them, were able to converse with Jeffrey DeLaurentis, chargé d’affaires at the US embassy in Cuba.

“It is the first anniversary of the reestablishment of diplomatic relations with Cuba, and the reopening of our respective embassies. This historic step allows us to represent the interests and values ​​of the United States in Cub more effectively”, said DeLaurentis who preferred to summarise events before answering questions.

“President Obama and representatives of the Department of State, Commerce, Agriculture, Transportation and Small Business Administration have travelled to Cuba. Governors, legislators and local leaders have also come to the island with groups, while more and more Americans are interacting with the Cuban people through educational and cultural exchanges for the first time.

We have also received the Cuban Ministers of Foreign Investment, Agriculture, Health and Foreign Affairs in the United States. We believe that our commitment to the improvement of relations is working and that we have made significant progress in areas such as environment, transport, agriculture, health, law enforcement, and educational and cultural exchange, which we believe will improve the lives of citizens in both countries.

None of these matters, including building closer ties with the Cuban people, would have been possible without the restoration of diplomatic relations. It is long and complex but the process of the normalisation of our relations is underway. The more difficult conversations about more challenging issues such as human rights and claims have also made progress.

We remain committed to dialogue and we are building relations with Cuba in the interests of both peoples, the Cuban and American.”

The issue of economic relations with Cuba is still marked by the embargo / blockade. Some of the presidential orders that President Obama has signed that to some extent soften the restrictions, could not be executed, such as authorisation of the use of dollar in international Cuban financial transactions. On this issue DeLaurentis commented that “last week we had a seminar with officials from both countries to resolve some of these specific measures and to ensure that the changes that have been made in the regulations are properly implemented.” He also pointed out that his government is exploring the possibility of the Treasury Department ruling in this regard to ensure that the changes that have been made are understood.

The senior US official said that the areas where most progress had been made had been the environment, health, the fight against drugs, human trafficking and cyber-crime. He stressed the importance of restoring direct mail and the regular air service that it is hoped will come into effect later this year.

“We are focused on moving forward in the all areas that I mentioned earlier. We want to progress as far as we can in the remaining months of this Administration. My impression is that the Cuban side wants to do the same, ” said DeLaurentis.

The US government has emphasized its policy of encouraging the private sector in Cuba and this intention has been present in the speeches of all senior officials who have addressed the issue of relations with the island, including the President Obama.

Referring to the priority of this issue for his government DeLaurentis said: “We believe that private sector growth is an important agent for economic growth and we like to see and promote the development of economic activity as much as possible. Moreover, we have an open economy, an open market, and that is the most compatible with our own economy. It is encouraging to see the extraordinary innovation, the creativity, that a number of small businesses have demonstrated in recent years, and we want to be of help to them as much as we can. Some of these measures also provide the state sector with opportunities. I think it’s important to take this into account.”

Another sector that has aroused particular interest has been that of telecommunications. Daniel Sepulveda, Deputy Assistant Secretary of State and US Coordinator for International Communications and Information Policy has visited the island twice. Agreements were signed on the provision of mobile phone services, but none on internet access. In this sense DeLaurentis discussed how the Internet could improve Cuban competitiveness in various sectors. “We continue to increasingly promote Cubans’ access to the Internet. Because we believe that this will be promising not just in the economic arena”.