Cubans and “Americans” fight on a bridge in Pittsburgh 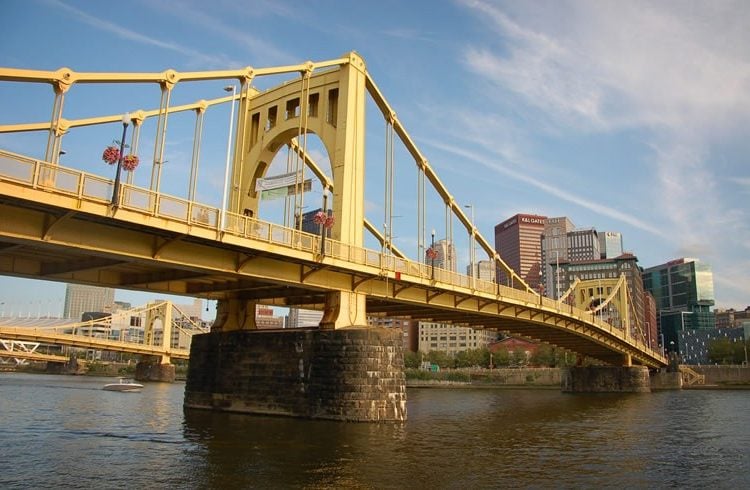 United States and Cuba have had a bridge … And on that bridge – baptised “Roberto Clemente” – in Pittsburgh, Pennsylvania- they will enter the ring for a unprecedented boxing spectacle between local fighters and arrivals from Havana in an official delegation that will leave in a few hours.

The bridge, which has been named after the Puerto Rican baseball player who won two World Series with the team where he made his career, the Pittsburgh Pirates, since 1999. Clemente, besides being considered one of the best right-fielders in history, stood out for his concern for others, an interest that involved him in a plane crash in which he lost his life. He was carrying humanitarian aid to the victims of an earthquake in Nicaragua in December 1972.

The match will be today, on July 30. It will not be top level, nor will it involve the best Cuban figures. Just one week away from the opening of the Olympic Games in Rio de Janeiro that roll call was unthinkable. School and young boxers, and three Cuban national championship medallists will form the expedition. In the end, the poster will show 15 bouts with boxers ranging in age from 11 to 26 years old.

In June, American boxers, along with their coaches, landed in Havana for a joint training exercise and to get to know those who in a week’s time would be their opponents. Before leaving Pittsburgh, Rich Donnelly, the head coach, held a meeting between his players and the legendary super heavyweight George Foreman, with whom he discussed his next fight with the Cubans.

Outside the traditional bilateral fights that were developed in the 90’s, and other international events based in the US, this is the first of its kind that is held in American rings with the approval of both governments.

Cuba has only just mentioned this meeting. But it matters, including beyond the sporting bridge, particularly so given that the boxing event has had the remarkable endorsement of the Democratic Party Congressman of Pennsylvania, Michael Doyle, who is recognized for his very active role in improving relations with the island.

A month ago the president of INDER, Eduardo Becali, travelled to Pittsburgh invited by a local organization, the Hibernian Celtic Athletic Fund, involved in organizing the sporting event nearby. In addition to conversing with Doyle, during his extended visit to Washington the official met with the leader of the Democratic minority in the House of Representatives, Nancy Pelosi, and Deputy Secretary of State for Educational and Cultural Affairs, Evan Ryan.

OnCuba could not confirm speculation about possible contacts on that occasion with representatives of Major League Baseball in the middle of the negotiating process between the two sides. In late 2015, US media had reported a visit by Becali to New York.

Before the president of INDER, three sports officials – the national commissioner of baseball among them – were also in Pittsburgh for meetings in children’s baseball categories, after chalking up this experience.

The vice president of INDER, Gladys Becquer will be at the head of the Cuban expedition. A sports source told this publication that before the conclusion of the bout, a program of meetings will be undertaken in social, cultural and political environments.

The matter has been being designing since last year. Michael Diven was the head of the organisation. Diven, a former member of the Pennsylvania House of Representatives of, is the son of “Joey” Diven, a legendary professional boxer in the United States in the 1940s and 1950s.

Diven has had to run a lot of races, from the first contact with the Cuban authorities to make the idea a reality – for which he has travelled to the island several times, the most recent accompanied by a son of Roberto Clemente who lives in Houston and who has also served translator in Havana – and in finding sponsors to raise funds.

His love for the sport has led him to organise the “Pittsburgh Donnybrook” for the last three years, a match between his city’s fighters and those of Ireland, in order to mark the traditional “St. Patrick’s Day”.

Among the European coaches Michael Carruth was in the last completion. Carruth who won the gold medal for Ireland in the 67 kg category in the Barcelona Olympic Games, 92 ​​kg after defeating Cuban Juan Hernández Sierra. Carruth commented to the local press about his interest in coming to the fight with the Caribbeans and to reconnect with friends from that Cuban team, including three-time Olympian Felix Savon. But this time the Cuban delegation will have no Olympic or world star of yesteryear.

Without a doubt, a new bridge has been opened … and maybe even the selfsame Pittsburgh Pirates will cross it one day in order to get to Havana.