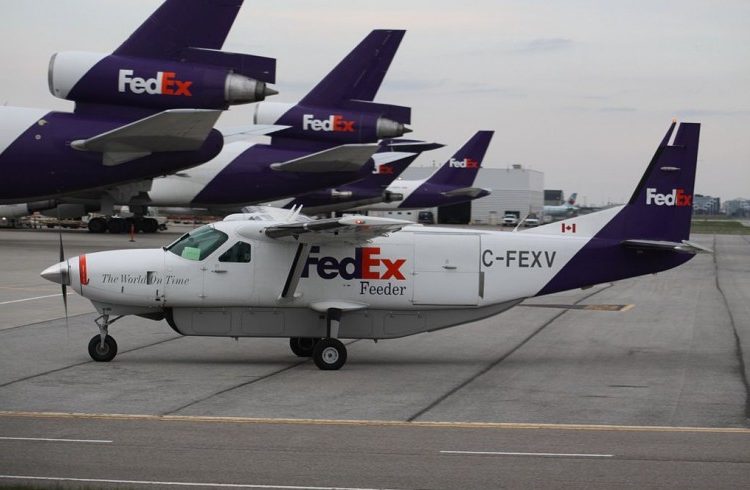 The US company Federal Express (FedEx) will deliver parcels directly to Cuba from January 2017. A license from the US Department of Transportation allows, from July from 2016 until 2018, the company’s aircraft a maximum of five weekly trips to Cuban territory.

However, FedEx has said that it will not begin operations until 15 January next year and will use Cessna 208 aircraft instead of the large Boeing 757, as it has previously used. This could be because there is not much demand to start covering this market immediately.

Cubans living in Miami welcomed the news, because it represents another step in the rapprochement between the two countries and a new communication channel with their country of origin. “We will have to wait until they publish the prices,” said Roberto Gil OnCuba 53, of Hialeah Gardens.

FedEx’s website still classifies Cuba as a country where their services are not provided, “until further notice”.

“When they publish their new rates we can compare if it works out cheaper than employing delivery agencies that have Cubans here in South Florida, using “mules” to send things to Cuba,” said Daysi Toledo, x-rat technician in the clinics of West Palm Beach.

“Via agencies the shipment arrives faster because there is no Cuban state entity in the middle in the agencies you regularly meet the people who take the order or they give you guarantees. However, here’s a FedEx on almost any corner and if they offer cheaper prices I’m sure many people will use it, especially to send documents,” he adds.

The shipping of urgent official parcels could be improved, especially in regions in which new relationships are being established.

Lidia Gutierrez, a young psychologist who has won a scholarship to study at a university in New York has had to appeal to her friends on their way to Cuba to personally bring the official letter of acceptance to be submitted in the proceedings before the US embassy in Havana.

“FedEx are super-professional but for me so far the most reliable way to send a document to Cuba is though someone personally carrying it,” says Jorge Fernandez, who lives in Pembroke Pines, Florida. His reservations are with the quality of the Cuban mail service.

Since the direct mail service between the two countries was reinitiated in March 2016 until now no complaints about bottlenecks, delays or violation of courier shipments from and to States United have come to light.

The Cuban parcel postal system already has a long experience of interaction with international courier services such as German DHL. With the restoration of direct trade between the USA and Cuba at least one office in each municipality in the country will be permitted to send international and expedited courier postal packages to the entire of the USA. The size limits for international parcels and courier messages are set at 1.05 meters long x 1.5 meters wide x 1.05 meters high.

The maximum allowable weight for packages is up to ten kilograms, while correspondence and rapid courier documents is up to two kilograms. The corresponding custom fees will be applied to packages arriving from the United States in Cuba.

Cubans and “Americans” fight on a bridge in Pittsburgh