Only the State Department can prevent the entry of a foreigner and it’s unlikely that Congress will authorize a change in the law.

by Rui Ferreira
in Cuba-USA
0 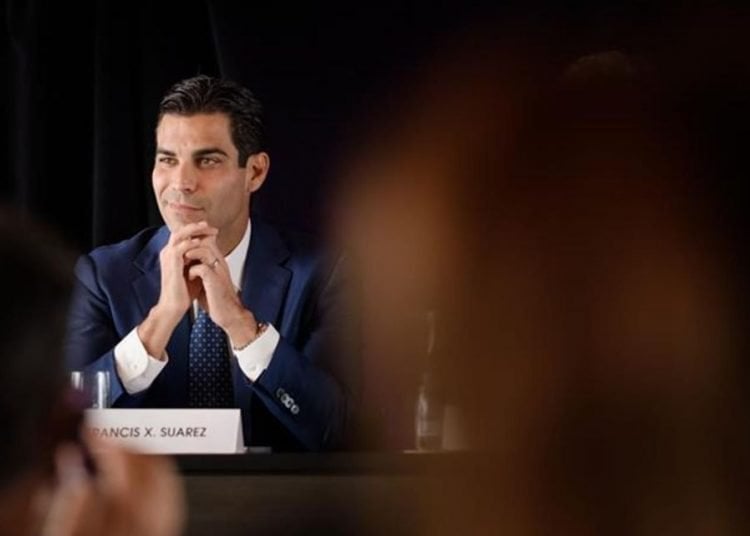 The approval last week by the city of Miami commissioners of a resolution to request from the Congress of the United States a legislation focused on banning the performance on U.S. soil of Cuban artists living on the island, has an overtone of return to the past, but it is also a futile and perhaps unconstitutional gesture, according to experts and observers.

The return to the past is manifested by the fact that Miami seems to want to recover a Cold War philosophy that prevailed in the 1980s and 1990s, when everything that had to do with Cuba was abhorred as something contagious and that could be ruled out because of its political overtone.

It is a futile gesture because there are zero possibilities of making progress on this. It is very difficult to obtain a majority that approves it in the Senate, still dominated by the Republicans, bearing in mind that the only Cuban-American congressman, Mario Díaz-Balart, has let the matter pass without saying a word. These days what concerns him is that the Donald Trump administration speeds up the family reunification that has been temporarily halted because of bad bilateral relations.

And it has an unconstitutional overtone because banning the entry of someone into the country is a matter of foreign policy jurisdiction and that area is exclusive of the federal government. Amen of the fact that a city can’t forbid a private entrepreneur from hiring a singer or a painter, to act or exhibit, in spaces that belong to him.

In fact, in the late 1990s, Miami Dade County passed a resolution that prohibited Cuban government officials from entering the region. In 2015, another resolution asked Congress to revise the Cuban Adjustment Act, so that it would include just “the politically persecuted.” In 2016, they approved another that rejected the establishment of a Cuban consulate in South Florida. In all three cases, the State Department was obliged to remind the commissioners that they had no say on this. The matter is the responsibility of the federal authorities.

In January 2012, then governor of Florida and current federal senator, Rick Scott, created a hullabaloo in Miami, with the right to a public event in the Freedom Tower, in downtown Miami, that was attended by the cream of Cuban exile, accompanied by their Republican politicians, where in the middle of the applause he signed a law that limited the commerce of the state with the Caribbean island. Hours later, he had to admit that he had no authority to do so, that Congress and the White House were the only ones authorized to approve such a thing. And, suddenly, everyone forgot about it.

“All this is futile and not even a way to promote human rights in Cuba. To tell the truth, it is a bit strange to promote those rights in Cuba by restricting them in the United States,” Ricardo Herrero, director of the Cuba Study Group, said to OnCuba.

In his opinion, the resolution has unconstitutional overtones, because “they are asking Congress to delegate these (federal) powers to the states and local governments. Moreover, I don’t think the state (of Florida) wants it either.”

In the resolution, presented by Mayor Francis Suárez, it is stated that “notwithstanding the many changes in Cuba, the Cuban government has shown no improvement towards respecting basic human rights,” which is why, “under the guise of cultural exchange, Cuba permits artists that predominately support the Cuban regime and who ostensibly defend a regime that has for decades violated human rights and supported terrorists to engage in expressive activity.”

However, the motion approved by all the commissioners also contradicts some of its postulates to ensure that “the Miami City Commission vigorously supports freedom of expression and finds that it should be available to all and not just a favored few.”

That is why Herrero believes that all this is just “something symbolic and not to achieve something in particular.” The fact is that, deep down, “the city of Miami is presenting itself as an advocate of democracy in Cuba, but in a very mediocre way,” he said.

Mayor Suárez, when mentioning the expression “cultural exchange,” really refers to an informal plan agreed between the two countries during the thaw promoted by the Jimmy Carter administration in 1977, when he still hadn’t been born, according to which the two governments would facilitate the trips of artists from both countries so that the peoples would improve their mutual knowledge. Singers like Billy Joel, Kris Kristofen, Stephen Stills and Rita Coolidge performed alongside the popular orchestras Irakere and Aragón, in a memorable day in 1979 at the Karl Marx Theater.

But everything froze with the arrival of the Ronald Regan administration and during that of his successor, George Bush. It was only with Bill Clinton in the White House at the beginning of the 1990s that the environment relaxed and the “cultural exchange” resurfaced again. But the “environment” was different.

The Cuban exiles started seeing a certain imbalance in that exchange because exiled artists were not included in the trips to the island, either because Havana did not give them permission or because they abstained from doing so in order to not lose their support in the United States.

The truth of the matter is that while famous groups such as Los Van Van, Buena Vista Social Club and many other artists started performing or presenting their works in the United States, and to charge for them after a special permit granted by the Department of the Treasury, the U.S. counterpart was processed little by little.

“It is known that not all U.S. artists have been allowed to perform in Cuba. But the response in the United States should not be to lower that standard but to overcome it and set an example. Nor to pretend that a private (entrepreneur) doesn’t have the right to hire an artist who lives on the island,” said the director of the Cuba Study Group.

For the analyst of international relations of the Florida International University, Eduardo Gamarra, the gesture of the mayor of Miami is purely political. His popularity has diminished to the point that last November he failed to get the electorate to approve the reinforcement of his powers to transform him into a strong mayor with executive capacity. For the time being, the mayor of Miami has to depend on commissioners for practically everything.

“All this is political. (The mayor) needs to recover, the Republicans need to recover. Suffice it to remember that in 2016, although he managed to be re-elected, Senator Marco Rubio lost Miami Dade County, where his main support is. Or was,” he told OnCuba.

For Gamarra, the results of the last legislative elections contributed to this initiative, when Cuban-Americans lost two thirds of their Congresspersons in Washington. “They read well the results of November where they didn’t fare so well with the Cuban electorate, because of their Cold War speech, hostility towards a democratic socialism, and a somewhat hidden racist discourse. Mainly aimed at Venezuela, let’s see if that electorate saves them,” he said.

And, “all this is very sad because it is pure manipulation. We are bordering the 1980s and 1990s when we couldn’t bring singers, we couldn’t even bring academicians. Are we going to punish people here too by penalizing Cuba? It doesn’t make any sense.”

That’s why the analyst and former journalist Gustavo Godoy believes that the initiative of the mayor of Miami is utter “nonsense.” “There isn’t the slightest chance that this will be approved in Washington. And, what’s next? Are they also going to want us to expel from Miami everyone whose surname is Castro?” he asked.