The eagerness to preserve the legacy of the writer has kept open a channel of dialogue between Cuba and the United States, even in times of great tension between both countries. 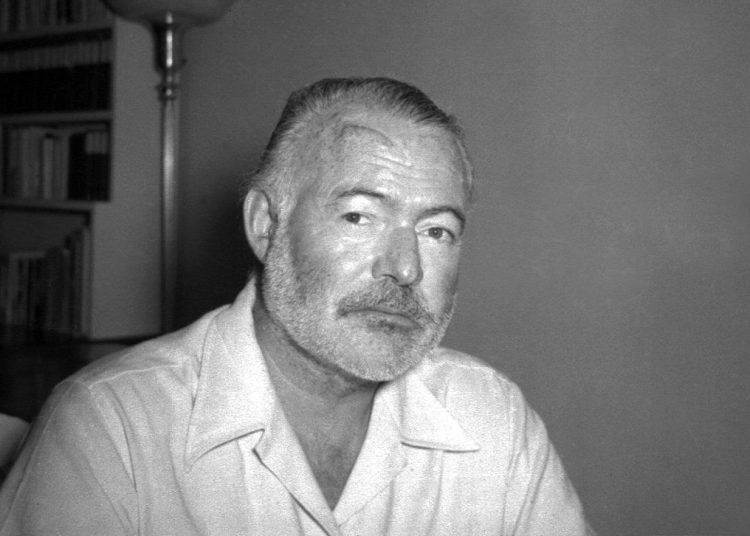 The passion for American novelist Ernest Hemingway is again bringing together scholars from Cuba and the U.S., who are arriving in Havana to participate this week in a colloquium on the Nobel Prize for Literature despite Washington’s recent travel restrictions.

“Some people who were coming to the event canceled, but they were the least. Hemingway is an important bridge between the two nations and has been joining us for many years,” Grisell Fraga, president of the Organizing Committee of the meeting, which is also being attended by researchers from Japan, Israel, Argentina and Spain, told EFE.

Fraga, director of the Finca Vigía house-museum, the Havana home where the writer spent his last 20 years, added that despite President Donald Trump administration’s new prohibitions, many Americans “for a long time have had strong ties to Cuba and they always find the way to come.”

The eagerness to preserve the legacy of the writer (1899-1961), much loved on the island, where he was called “Papa Hemingway,” has kept open a channel of dialogue between Cuba and the United States, even in times of great tension between both countries, which reestablished links in 2015 after more than half a century of bitter enmity.

For 17 years, the U.S. Finca Vigía Foundation has negotiated the obstacles of Washington’s economic embargo to work with Cuban specialists in the restoration and conservation of the 22,000 personal belongings that Hemingway left in his Havana home, donated by his widow, Mary, after the writer’s suicide.

“Cuba was very important for Hemingway. I don’t know if in the United States they realize that. He lived here much longer than in any other place…. His heart was here,” Professor Sandra Spanier, at the head of the ambitious editorial project that collects and publishes all of Hemingway’s known letters, said to EFE.

Spanier, a regular at the colloquium since its first editions, explains that the shared devotion to the writer serves to build “human bridges,” regardless of the ups and downs of politics, to which the author himself “was not very attached.”

The researcher said that the “Hemingway Letters Project” hopes to publish in 2020 the fifth of the 17 planned volumes, which offer a unique perspective of the inner world of one of the most interesting personalities of the 20th century, a witness to key events of modern history.

The 17th edition of the Ernest Hemingway International Colloquium will take place until next Sunday with the presentation of papers as varied as the influence of the chronicler in the American legal language, his writing as an act of catharsis in the face of trauma, and the history of his swimming pools, the stages for the legendary revelry.

Hemingway’s stay at the Ambos Mundos Hotel (“known in Cuba, but relatively unknown in Spain) and his close relationship with its owner, the Galician Manuel Asper, will be told by Spanish journalist Pablo López, who hopes to shed light on this moment prior to the writer’s establishment in Finca Vigía.

The passage through Ambos Mundos has “remained clouded by his stay at Finca Vigía,” said López, who explains that in this “modest,” “family” and “very Galician” hotel, Hemingway wrote numerous articles, part of the first chapters of For Whom the Bell Tolls, and had contact with the real Cuba.

The American novelist’s Galician connection has a personal echo in López, a relative of Manuel Asper and for whom this chapter in Hemingway’s life is part of his family history.

He adds that on the island there is “an authentic passion” for the legendary chronicler, turned into “Cuban heritage.”

“When he received the Nobel Prize, he said that he was the first Cuban writer to receive it. He considered himself a Cuban writer and then Cuba has all the right in the world, it is almost its obligation, to vindicate Hemingway,” he said.