The vote has a merely symbolic value but reflects that in South Florida Republicans and Democrats seem to support the Trump administration's anti-immigrant policy. 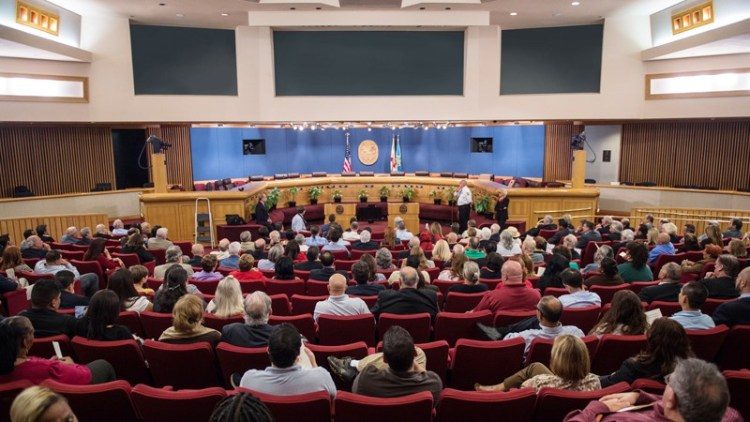 Miami-Dade County Commissioners reverted to U.S. foreign policy, a federal exclusive, but this time against the aspirations of many of its neighbors, by rejecting a proposal to urge Washington to restore the family reunification program for Cubans.

In a rather unusual vote, Democrats and Republicans agreed to vote against a proposal presented by federal Democratic Congresswoman Debbie Murcasel-Powell, presented through Commissioner Daniella Levine Cava. The Democrats have a slight majority in the commission but all their commissioners are not of Cuban origin. When they began to see the rejection of the Republicans, surprisingly even Levine Cava ended up withdrawing the proposal.

The commissioner argued that this is an issue that has to do with the importance of the family, with the need to reunify the families that have sought refuge after escaping the Cuban communist regime.

But Republican Esteban Bovo, a strong follower of President Donald Trump, argued that a request of that nature represented “a slap” to Washington’s policy and should be rejected.

The 13 commissioners engaged in a quick discussion that ended up leading to nothing, but it made it clear that they still think they have something to say in terms of foreign policy. Last July the commission approved, also unanimously, that the federal government impose sanctions against Cupet, the Cuban oil company, for importing crude from Venezuela even if it has no business in South Florida; in May, it backed a package of President Trump’s measures against Cuba, such as the application of the entire Helms-Burton Act; and at the beginning of 2018 it asked the United Nations to declare all elections on the island “illegitimate” for not being multi-party. Yesterday, justifying her vote against, the vice president of the commission, Rebeca Sosa, guaranteed that she has never used the pain of the Cuban family for politics.

The draft resolution presented by Levine Cava is the same one that Murcasel-Powell threw into the ring and was seconded by her Democratic colleague Donna Shalala in the House of Representatives, and has not yet been included on the agenda. The proposal seeks to reactivate a family reunification program created during the Republican administration of George W. Bush that authorized the entry to the United States “under oath” of Cubans with relatives residing in the country, but which has been suspended by the Trump administration, under the argument that he had to reduce diplomatic staff at the embassy in Havana.

The commission’s vote caused some consternation in the Cuban community in South Florida. In political circles the gesture is seen as support by the commissioners for Trump’s anti-immigration policy and absolutely unnecessary because these types of votes are merely symbolic, a former federal employee of Cuban origin said confidentially.

“It is shameful. It would have been better if they had shut up. The worst are the Cubans who voted against their own people,” said Matias Guarané, a Cuban-American native of Santa Clara, while enjoying a mango juice at the popular Juice Palace in Little Havana. “These politicians think that the people don’t see these things, but they do. We’ll see what will happen in the elections.”

Hours after the defeat, Levine Cava posted on her Twitter account an obvious comment that said it is obvious that it was something that would not succeed, considering that no one supported it, adding that it’s a pity that they can’t focus on the needs of families, distracted as they are by the current policy that only divides them.

This Thursday OnCuba sent an email to all the commissioners urging them to comment on their vote. None has answered.