Millennials in Miami and Havana are “Together” 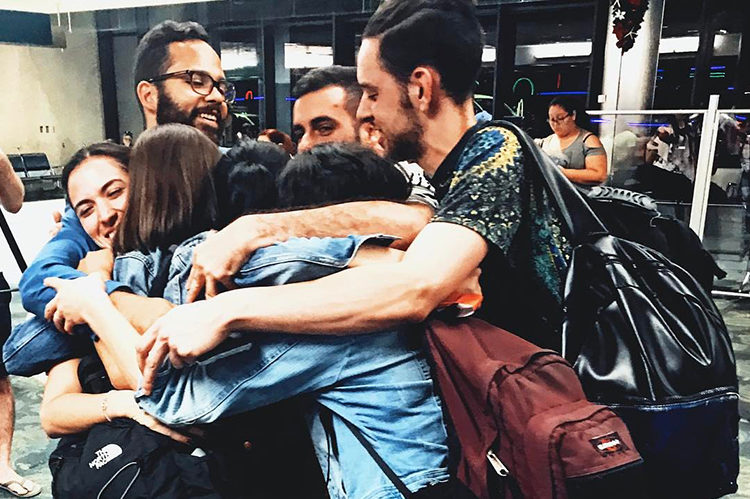 CubaOne Foundation, the country’s leading Cuban youth non-profit, released “Together,” a moving video filmed in Miami and Havana with over two dozen Cuban and Cuban-American millennials. The group call upon their generation to come together to build a brighter future.

According to a press release, “Together” features millennials from both countries reading key excerpts of President Barack Obama’s historic March 2016 speech to the Cuban people. The video is being released almost a year to the day that the remarks were delivered and at a time when a new administration in Washington has said it is reviewing U.S. policy and Havana is planning leadership changes.

“The youth on both shores are sending the world a clear message based on hope, our shared humanity, and reconciliation,” said Giancarlo Sopo, co-founder and chair of CubaOne Foundation. Sopo added, “In his historic speech in Havana, President Barack Obama called upon the Cuban people to unite and face the future together—today, a new generation has answered this call.”

Launched in April 2016, CubaOne is a Miami-based non-profit that is inspiring a new generation to connect with its heritage, unite with peers on the island, and give back to Cuba. Over 2,000 young Cuban Americans from across the country have applied to the CubaOne program where millennials can experience an authentic seven-day visit to Cuba among a group of peers. On this journey, participants have a chance to meet family and develop meaningful relationships with Cuba’s youth.

“At CubaOne, we are committed to supporting the process of reconciliation by offering Cuban-Americans the opportunity to build lifelong relationships with the Cuban people,” said Daniel JImenez, CEO and co-founder of CubaOne. Adding, “Cuba’s tomorrows will be brighter than its past because the youth on both shores have decided to turn the page and come together. We are honored to be a leading voice in this process.”

“Together” was produced and directed by CubaOne Foundation in collaboration with Third Act Media. It was filmed in March 2017 in Miami and Havana and features Cuban and Cuban-American youth, including CubaOne co-founders Cherie Cancio, Andrew Jimenez, and Board member Lissette Calveiro.

Cultivo una rosa blanca (I tend a white rose)… In his most famous poem, Jose Marti made this offering of friendship and peace to both his friend and his enemy…

Today, as the President of the United States of America, I offer the Cuban people el saludo de la paz (the greeting of peace).La Habana está a tan solo 90 millas de la Florida (Havana is only 90 miles from Florida). Pero para llegar aquí hay que viajar una gran distancia (But to get here, you have to travel a great distance).Los Estados Unidos y Cuba son como dos hermanos que han estado separados por muchos años (The United States and Cuba are like two brothers who’ve been estranged for many years).I know the history……but I refuse to be trapped by it.We cannot ignore the very real differences that we have……but family is family, no matter the distance between us.I have hope…porque creo que el pueblo cubano es tan innovador como cualquier otro pueblo del mundo (because I believe the Cuban people are as innovative as any other people in the world).

Para la comunidad cubano-americana que conozco y respeto (For the Cuban American community that I’ve come to know and respect)…this is not just about politics. They have suffered more than just the pain of exile.

It takes time for circumstances to change…but the recognition of a common humanity, the reconciliation of a people, understanding, escuchandonos (listening), and forgiving…that’s where the process begins.

Ahora hay que dejar atrás el pasado (It is now time to leave the past behind)….