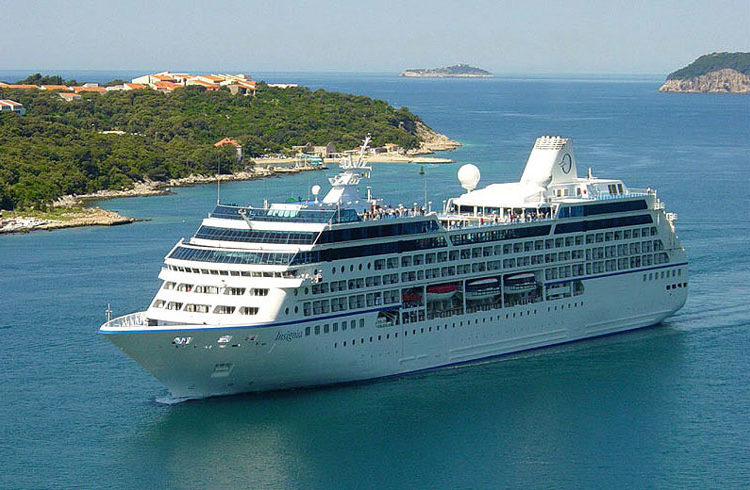 Oceania Cruises is proposing new cruise routes to Cuba starting next November and during 2018. The trips, whose reservations are already available, will depart from Miami and will make stopovers in Cienfuegos and Santiago de Cuba, in addition to Havana.

After the Marina’s arrival on March 9 to the bay of Havana, the shipping line belonging to Norwegian Cruise Line Holdings is seeking to consolidate its presence on the island. On this occasion, Frank del Río, president and CEO of Norwegian, said that the cruise trips are a bridge between Cuba and the United States, and announced that new itineraries will be coming out.

“There is a great demand to travel to Cuba and our inaugural cruises to the island have been a total success,” Bob Binder, president and CEO of Oceania Cruises, pointed out.

In November, Oceania has programmed cruise trips on its Insignia cruise ship lasting between 7 and 10 days, which include the Cuban ports. A first route, named “Panoramic Caribbean,” includes a two-day visit to Havana, in addition to stopovers in Cienfuegos, Santiago, Port Antonio (Jamaica) and Nassau (Bahamas), while the second, the “Hemingway’s Hideaways,” will make a stopover in Key West (Florida, U.S.) before traveling to Cuba.

In December, also on board the Insignia, Oceania’s clients will be able to opt for the itinerary “Timeless Cuba” – exclusive for the island -, as well as “Vibrant Vistas” and “Holidays in the Tropics,” which together with the Cuban destinations comprise other sites like Cozumel (Mexico), Nassau (Bahamas) and Santo Domingo (Dominican Republic).

Other Oceania Cruises trips will arrive in Cuba between March and November 2018, on cruise ships like the Regatta and the Sirena. The company’s proposal amounts to a total of 20 visits to the island from late 2017 until autumn of the next year, on ships with capacity for 684 guests and which stand out for their service and comfort.

The company announced in a press release that “travelers will be able to enjoy the best cuisine at sea in four free shift gourmet restaurants where they will taste continental specialties as well as the strong and vibrant flavors of Cuba.”

Moreover, during the journey lectures will be given about Cuban history, art and music, and the guests will be able to enjoy the traditional domino game.

Together with Oceania’s trips, Norwegian Cruise Line Holding offers visits to Cuba with other cruise lines like the brand of the same name and Regent Seven Seas Cruises. In order to have access to them, U.S. citizens must comply with one of the 12 categories authorized by their government to travel to the island, among which tourism trips are not included.

The arrival of cruises from the United States to Cuba after the reestablishment of diplomatic relations began in May 2016 with the arrival of the Adonia, of the Carnival Company. This, together with the authorization of regular flights from U.S. territory to the island, has increased the presence of U.S. travelers in Cuba in recent months.