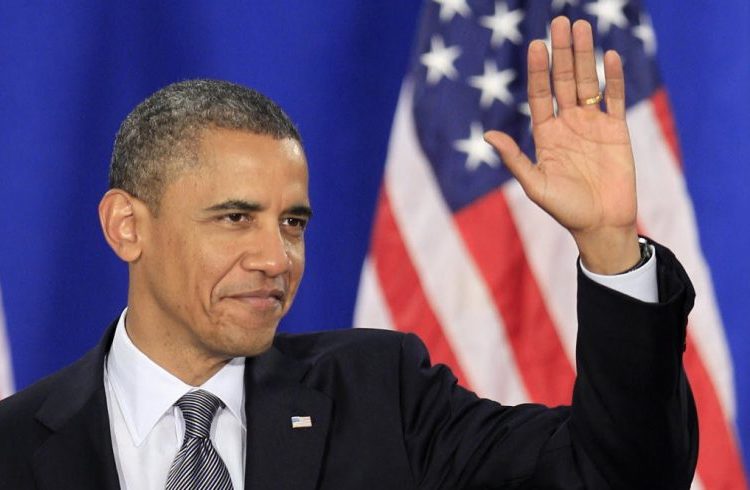 The 44th president of the United States handed over his post in the White House last January 20. Now a 55-year-old Barack Obama could continue his political career in the Democratic Party or best on the nomination of his wife Michelle, following the Clinton administration’s tradition. But although he has ruled out in some media both hypotheses, he promises to be an active ex-president and to pay attention to his country’s domestic affairs.

Pointing to that new work agenda, Obama announced this Monday on his Twitter account the opening of his own foundation and called from there on his followers to share ideas about what projects to carry out.

According to what is read on obama.org , it will focus on the development of the next generation of citizens, and what it means being a good citizen in the 21st century, and that if you are looking to play a role in the community or have been active for years working for democracy, they expect to work with you and for you.

He has said that his priorities include building a new generation of leaders and towards that end the work of the foundation that bears his name is pointing: Democracy is a much bigger project than each one of us. It is bigger than any person, any president, any government. It is a job for all of us that each day requires a sustained effort from all of us.

A few hours before leaving the White House the Afro-American president continued signing collaboration agreements with Cuba in areas of environmental protection, plant and animal health, as well as the demarcation of borders in the waters of the Gulf. With the clock ticking, Obama was placing some more stones in favor of the normalization of relations between the two countries, an effort he described as “monumental” in his last speech and as one of the principal points of his eight years in government.

Outstanding among the most relevant aspects of the chapter begun on December 17, 2014 is the president’s visit to the island and the recent elimination of the “wet foot, dry foot policy,” which has given a turnabout to an old migration conflict.

It has been pointed out many times that the 17D announcements and the process they unchained owed much to the personal conditions of Barack Obama and Raúl Castro. By way of a brief assessment of that legacy of the ex-president of the United States, OnCuba talked to some Cuban and foreign analysts about the Obama variable in the rapprochement equation, as well as on their expectations about his relationship to Cuba in the future.

“I believe the ex-president had a certain synergy with the Cuban leaders and officials he met, especially with President Raúl Castro,” said independent political analyst Carlos Alzugaray, in who’s opinion “they both share the following characteristics as leaders: they are transformers, they are pragmatic, they are concerned about their legacy. As politicians they are in favor of reaching consensus, even with opponents – something rare in both countries’ political cultures. It is also obvious that they are family men.”

For Professor María Isabel Alfonso, co-director of the de Cuban Americans for Engagement (C.A.F.E.), beyond the 22 agreements signed during these two years, “Obama put into practice by executive order measures that sought to establish the process reached in the normalization and later sealed his mandate with the end of the ‘wet foot, dry foot’ policy, thus concluding a twisted migration dynamics that, with messianic appearances, cost Cubans thousands of lives, for which they had as the fundamental motivation before jumping into the sea in the most precarious ways.”

“But perhaps the most important measure,” she adds, “was the opening of embassies in the respective countries, a key step that made it possible for the emergence of a new logic of exchange from that country toward Cuba. Conceiving a relationship of diplomatic normalcy between both nations made it possible to put into practice a whole series of pro-engagement steps that would have been very difficult to take in a framework of hostility.”

Apropos the Obama moves with the greatest impact for the normalization of relations with Cuba, Alzugaray considered that not many can compete in that category.

“Perhaps the most important,” he notes, “is having accepted the need to seek normal relations with Cuba for which it was necessary to negotiate different issues of common interest on an equal basis and mutual respect.”

Out of that acceptance, the expert opines, emerged “the decision to propose the reestablishment of diplomatic relations. He also became aware that to achieve this he had to take at least two previous indispensable steps: to free Cubans Gerardo, Tony and Ramón, and to take Cuba off the list of States Sponsoring Terrorism.”

As the former diplomat indicates, these measures can be considered part of an inseparable package, which would be followed in importance by the migration agreement for which the “wet foot, dry foot” policy and the “parole” program for Cuban health workers were eliminated.

Additionally, there would be “the recognition, although conditioned, that the United States cannot determine the future of Cuba and that, therefore, it abandons the ‘regime change,’ even though it does not renounce the desire to have an ideological influence on the changes in Cuba.”

“Finally,” he concluded, “it would be necessary to note his recognition that the blockade failed. It would have been preferable that he would have recognized its illegality, but perhaps that’s asking for too much.”

From the United States, Giancarlo Sopo, a public relations executive and founder of CubaOne Foundation, considers that one of the biggest achievements of Obama’s policy toward Cuba was the boost it gave to Cuban entrepreneurs. “Under his leadership and as a direct result of his policies, Cuba saw the largest expansion of its private sector in over half a century. At the start of Obama’s presidency there were 114,000 Cubans with self-employment licenses, today there are over 500,000. That growth would not have been possible without the policies that he began rolling out in 2009, specifically, the expansion of family visitation and remittances rights for Cuban Americans.”

In asymmetrical relations like the ones that exist between these two countries, professor of U.S. and Latin American Policy of the University of Texas Arturo López-Levy explains, “each measure is a link in a chain of actions more than an independent transaction. It’s because of this that the bilateral commission that evaluates the state of relations is so important, as the most relevant of the working groups.”

From the United States, the public relations executive and founder of the CubaOne Foundation, Giancarlo Sopo, also considers that one of the biggest achievements of Obama’s policy toward Cuba was the boost given to Cuban entrepreneurs. He said that under his mandate the country saw a greater expansion of its private sector in more than half a century and that at the start of Obama’s presidency there were 114,000 Cubans registered as self-employed and today there are more than 500,000, and added that that growth wouldn’t have been possible without the measures he initiated in 2009, mainly the expansion of the right to travel and the sending of remittances to Cuba.”

COULD THERE BE A POST-MANDATE OBAMA-CUBA?

According to his projection since 17D to date and especially according to the measures taken during his last days as president, a favorable relation of Obama with the island could be expected, despite the fact that he no longer has political instruments to prevent the course of the new administration, which has threatened to reverse what has been attained until now.

Immediately after moving to the White House Trump eliminated from his website the section about Cuba policy and this Monday announced as the new director of Policy Coordination and between Agencies Cuban-American Carlos Díaz-Rosillo, who has a position openly against the normalization process.

“Perhaps then the best way in which Obama could continue his legacy,” María Isabel Alfonso explains, “would not be just by solidifying his projection toward Cuba based on a personal agenda, but rather seeking ways of exercising influence from outside the current administration. The idea that U.S. relations toward Cuba must start through diplomacy and respect, and not with threats, is a more important point for reflection and perhaps the greatest contribution of a U.S. president to the history and advance of relations between both nations.”

“The ex-president has sat down to talk with Trump – despite the disrespectful rhetoric of the latter -, trying to exercise influence on issues like Obamacare. We can only dream that with his immense political charisma he is able to convince the new president to not do away with his changes in the Cuba policy, which can only benefit both nations,” she added.

“Affirming the possibility that this relationship can exist is very complex since it covers both the private as well as the public,” says Carlos Alzugaray.

On the other hand, the steps taken by Obama with Cuba are one of the principal legacies of his renovation of U.S. foreign policy that can be placed in danger by the new president, Donald trump.

“I would wager that Obama would not hide to speak and protect his legacy. I wouldn’t be surprised that all that would move him to maintain communication lines with Havana,” Alzugaray added.

The thawing between the two countries after more than half a century and everything Obama has achieved during his last two years as president is seen as an irreversible process, beyond what Trump can do from now on.

U.S. journalist Tracey Eaton, who in 2015 covered for NBC the opening of the U.S. embassy in Havana and later in March 2016 the president’s historic visit to the island, explains that Obama gave the Cuban people the hope that better relations with the United States was possible and he demonstrated that not all the U.S. presidents try to influence the island’s domestic affairs. He added that he believes it would be fantastic if Obama arrived in Cuba again in the future, and that time will tell if that happens.

Weekly Billboard: This is another story...