Raúl González, born in Cuba in 1975, who arrived in the United States at the age of five, leads a team of 14 researchers from Florida International University (FIU) assigned with the investigation. 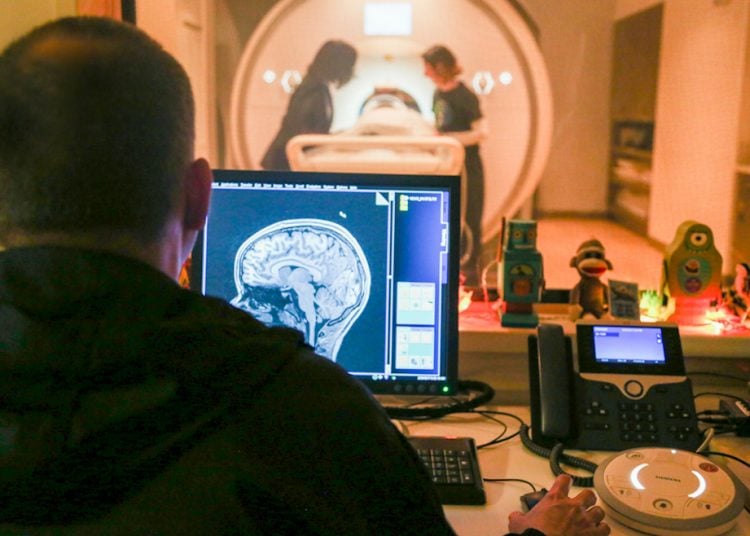 The ABCD project is the largest study on adolescent brain development. Photo: news.fiu.edu.

“All brains are different”, says to EFE Raúl González, one of the main researchers of a project on brain development in adolescence. The research has an object of study of almost 12,000 American children, and it will last at least 10 years.

The study, known by the acronym ABCD (Adolescent Brain Cognitive Development), began in 2015. It has just obtained the necessary funds to continue at least until the minors have reached the age of 20.

González was born in Cuba in 1975, and he arrived in the United States at the age of five. Now, he leads a team of 14 researchers from Florida International University (FIU) assigned for the ABCD project.

In an interview with Efe, he highlights the enormous possibilities that have been opened for science with this unique project, which includes the participation of institutions from all over the United States, in addition to FIU.

The goal of ABCD is to understand how environmental, social, genetic, and other factors affect a person’s brain and cognitive development.

Since its launch, ABCD has collected a massive amount of data – 140 terabytes so far – that have served as the basis for more than a hundred scientific studies conducted mostly by researchers outside the project, says González proudly.

Most of the information is open to the scientific community, although, according to the Cuban-American researcher, there are questions that will only be asked to a selected sample group “once they are adults” and, therefore, the answers will be known only when the study is in its final stage.

11,750 children are participating in the research in total, including 2,100 who are twins, or triplets, who participate in this study with their parents. The research is carried out through questionnaires, interviews, clinical trials, and MRIs of the brain (one every two years).

The children were 9 or 10 years old when they began to be studied.

The sample was chosen to be as representative as possible of the United States’ current population, not only by origin but also by socio-economic and educational levels.

«We have a good Hispanic representation. Finding white Euro-American homes in which (the parents) had a low level of education, below ‘high school’ was the biggest difficulty”, says González.

Of the twenty institutions involved in ABCD, FIU is the one with the largest number of Hispanic families with children who are the object of study: 454.

González emphasizes that 600 of the 2,000 participating Hispanic families carry out all the questionnaires and interviews in Spanish because they requested it.

One of the studies that emerged because of ABCD, analyzed whether the fact that a minor is bilingual causes the executive functions of their brain to change.

The conclusion is that it doesn’t, although that does not diminish the fact that being bilingual is “good for many things”, says González.

The minors’ parents play an important role in ABCD since they answer many questions that the child cannot answer, such as those that refer to the prenatal stage and the first years of life.

When asked if the fact that parents are involved in the study might cause in any way that the children are not as sincere as they should be when answering the researchers’ questions on topics like drugs, sexuality, and others, the FIU teacher responds that the confidentiality of the responses is guaranteed.

“They are very honest with us, they share lots of private details”, says González, who emphasizes that in observational studies such as ABCD it is vital that the information provided is correct.

The researcher is very proud that 95% of those selected to start the project is still on board.

We know “almost nothing” about the brain

The phase that begins now in the lives of these boys and girls around 14 years old is of great importance, and it determines – to a great extent – the trajectory that their lives will follow.

The brain is not fully developed until a person’s twenties, explains González.

Part of the Adolescent Brain Cognitive Development (ABCD) Study, this MRI came on its own plane from Germany pic.twitter.com/GJaax09062

The FIU researcher states that science “knows almost nothing about the brain”.

“It seems to us that we know a lot about it, but there are fundamental things that we do not understand yet”, he adds to point out that ABCD will be an extraordinary advance once all the information collected is integrated and analyzed. He thanks the participating families for their collaboration.

“What remains to be understood is much more than what we know”, explains Raúl González, professor of psychology, psychiatry and immunology, and a member of the FIU Center for Children and Families.

This study, like so many other activities, has had to adapt to the new coronavirus and conduct the interviews through digital means. One of the issues dealt with in this phase of the study is the exposure of minors to drugs, alcohol, or tobacco, also to toxins and environmental pollutant elements.

González indicated that parents have been asked to bring their children’s milk teeth – if they keep them – since they can hold traces of the exposure.