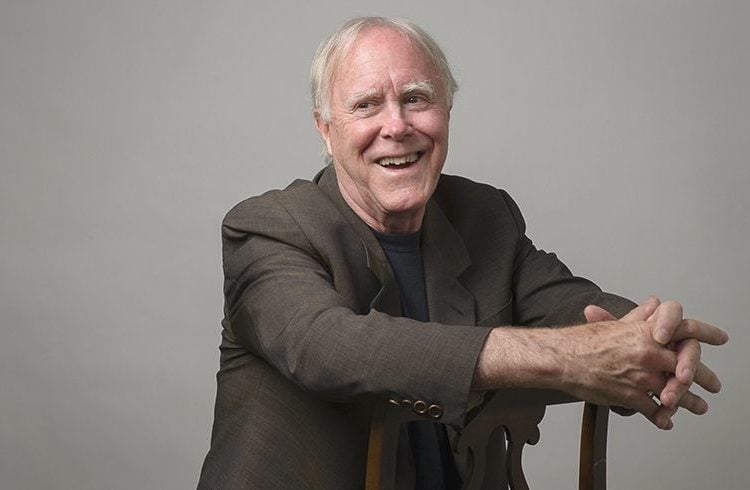 Hass is one of the United States’ most important contemporary poets. Photo: Shoey Sindel (taken from The Boston Calendar).

Well into his 70s, prestigious U.S. poet Robert Hass, winner of the 2008 Pulitzer Prize, is heading a delegation of U.S. writers traveling to Cuba to promote the rapprochement between both countries.

Hass is considered one of the United States’ most important contemporary poets and was awarded the Pulitzer, shared, for his book of poems Time and Materials.

The visit will take place barely a month after Trump announced his new policy toward the island, which restricts a type of exchange trips between both nations.

Hass is accompanied by a dozen poets, among them Brenda Hillman, his wife, and renowned poets Jane Mead, Claudia Keelan and Jane Hirshfield.

The group will participate in the Our America Traveling World Poetry Festival, which will be held in Havana July 9-15. During his stay he will attend public readings, creative writing workshops, and experience-sharing meetings.

Hass will read his works in the Cuban capital’s Casa de las Américas, together with Cuban poets Roberto Fernández Retamar and Nancy Morejón. He will also preside over a two-day creative writing workshop.

Between 1995 and 1997 the intellectual held the post of U.S. Prize-Winning Poet, a position designated by the Library of Congress with the aim of increasing national consciousness on a greater appreciation of the reading and writing of poetry.

Academy of American Poets Chancellor Anne Waldman said about Robert Hass: “Robert Hass is one of our most humanitarian poets. His poetry streams into the heart and intellect of our collective consciousness, reminding us of what matters most in this world, and in these particularly dark and challenging times.”

The festival was convened in 2016 in Medellín (Colombia) and will be held in 20 Latin American cities.

In addition to U.S. and Cuban poets, other writers from Argentina, Slovenia, Nepal, Peru, Chile, Colombia, Ecuador, Mexico and Brazil will come to the island.

Private sector’s boom in Cuba, according to report

A Cuban who corresponds with kings and heads of State