Inclusion may entail sanctions such as the freezing of non-humanitarian and non-commercial aid for sanctioned countries. 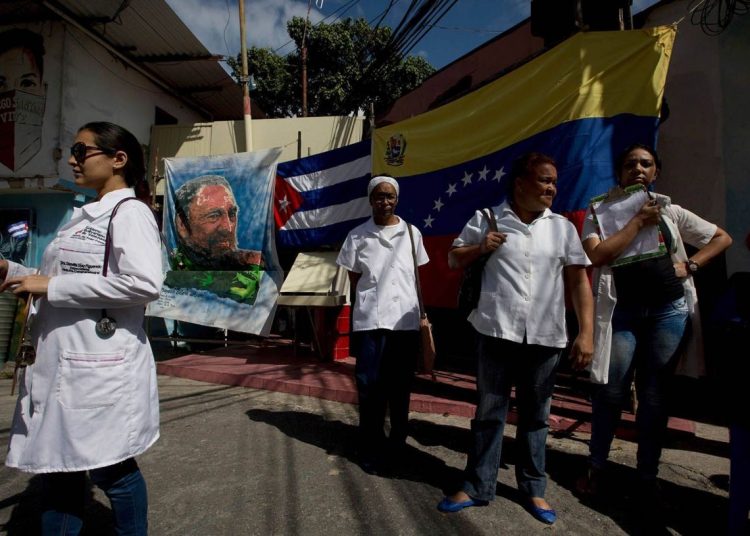 This Thursday the U.S. government added Cuba to its “blacklist” of countries that don’t do enough to combat human trafficking, a measure that can lead to the imposition of sanctions. It also included a U.S. ally like Saudi Arabia and kept nations considered hostile to Washington such as Venezuela, Russia, Iran and North Korea.

U.S. Secretary of State Mike Pompeo, in the presentation of his annual report on human trafficking relating to 2018, said that they should call it what it is, modern slavery, and added that human trafficking is a global crisis and requires a global response.

Cuba had been on an watch list for three consecutive years and, this year, the State Department decided to punish the island for not “fully complying with the minimum standards” for the elimination of human trafficking and not making significant efforts for this.

The U.S. specifically pointed to complaints by some NGOs about the “coercion” and allegedly poor working conditions of Cuban doctors sent by Havana to other countries that have a need for personnel or with epidemic crises, mainly in Africa and Latin America.

The Cuban authorities have defended the “solidarity character” of their collaborators and have accused the U.S. of seeking “to reestablish the brain drain program for Cuban doctors.”

The inclusion of a country on the “blacklist” may entail sanctions such as the freezing of non-humanitarian and non-commercial aid for sanctioned nations or the denial of loans from multilateral institutions if President Donald Trump so decides.

The “blacklist” of the new report includes 22 countries, the same number as last year, although the nations changed with the exit of Bolivia, Belize, Gabon and Laos, and the entry of Cuba, Saudi Arabia, Bhutan and Gambia.

In the case of Venezuela, it was kept on the “blacklist” because, in the opinion of the United States, the government of Nicolás Maduro has not taken the necessary measures to prosecute the human traffickers who take advantage of Venezuelans inside the country and abroad.

Meanwhile, the inclusion of Saudi Arabia is due, according to the State Department, to the fact that Riyadh did not take sufficient measures to combat the labor exploitation suffered by migrants who come to the Arab kingdom in search of a better life, and instead continues “fining, imprisoning and deporting migrant workers for prostitution or immigration violations.”

The report presented by Pompeo examines the events that took place in 2018 and evaluates the policies to combat human trafficking in 187 countries and territories, including the United States.

The State Department estimates that 24.9 million people around the world suffer this scourge, a figure that equals three times New York City’s inhabitants.

No planned “power cuts” in Cuba for this summer

No planned "power cuts" in Cuba for this summer

Trump: "We’re going to get Cuba worked out properly"