Cubans in Miami take serious pride in their fellow countrymen and no one can doubt their resilience in the face of adversity. 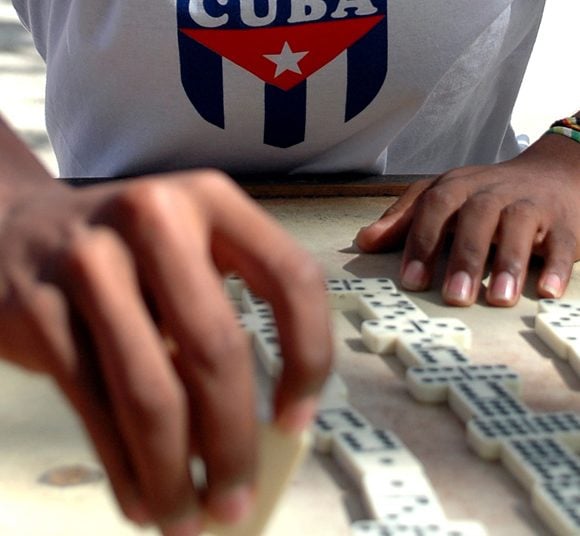 One of the consequences of the COVID-19 pandemic is having brought neighbors living in condominiums together. Mainly, the small condominiums that have common spaces, especially those inhabited by a majority of people from Cuba, like mine.

Cubans have a reputation for being very social people, good friends, helpful and good people. Compared to other nationalities, they care much more about their neighbors, and this pandemic is a good example. Limited by the danger of going outside in an area like South Florida, a city of more than 2.5 million people with the highest pollution rates, common activities have flourished.

A large number of condominiums have swimming pools, fun spaces for children and enough free areas where a table and four chairs can easily be set up in the shade of the trees to organize a game of dominoes or a barbecue with all the social distancing measures. It’s about fighting boredom, bonding, and sharing news.

Domino games are the most popular and fun because the pools are closed by county order. I don’t play dominoes well, but I participate, among other reasons because that allows me to find out many things about the situation on the island. After the Cuban airports were opened, many of my neighbors have returned to see their families.

It has always been like this, not just now: the neighbors travel and bring news from their land.

But since during these games everything is talked about, the situation we are experiencing is part of “the agenda” and sometimes topics are introduced that never cease to amaze. That was what happened one evening this week, when someone brought up something that, perhaps, very few have thought about.

When it comes to pride in your nationality and country, no one is better and more grandiose than Cubans. They always manage to solve their personal and collective difficulties. That neighbor, whom we’ll call Manolo, got away with this. “Have you already realized that in Miami we Cubans are better than the Yumas?” The game stopped. “How? Don’t exaggerate, there’s nothing greater than the Americans?” The rest, players and assistants   ̶   there’s always someone who comes to watch the games because, among other things, it is a pretext for having a beer  ̶  we remain silent.

Manolo explains himself. “Look at that bus on the street. It’s out of order, she has a sign that says garage, and it must be waiting for the tow truck. The county changes the buses every year, they are supposed to be new, but have you seen how there are out of order buses on the street?” says Manolo.

Someone argues that this happens because they are used a lot. I keep quiet so as not to complicate the discussion, but I know it’s not true. Miami’s bus service sucks, historically and currently. There is no public service philosophy. The route network is very erratic, it travels through the main avenues, the schedule is very strange because many times it doesn’t coincide with the hours of greatest need and the development of public transportation is surrounded by obstacles such as the difficulties posed by politicians, influenced by lobbyists for fuel companies and automakers. Miami, it can be said, has practically collapsed due to the number of cars on the streets. There are households with four cars or more.

In addition, the fleet of buses is minimal for a city with almost 500,000 inhabitants, as the local press has continually pointed out. And it isn’t getting better despite the fact that buses are increasingly modern, have air conditioning, music, internet access and recently televisions with news programs and advertisement. The latter is not very popular because it very rarely broadcasts programs in Spanish, the majority language of passengers, low-income people with humble jobs who don’t have a car.

Returning to the game, Ángel is interested in knowing more about how it is that Cubans are better than Yumas. Manolo then takes on a professorial air and, without taking his eyes off the table and the movement of the dominoes, explains: “Hey, look a ‘here, in Cuba there may not be a good transportation system, they are also broken and they are exploited beyond useful life.” He adds that, despite that, “they repair them, and if there are no parts, they invent them or make them by hand. And they return to the street. They don’t do that here, they repair them a couple of times and then throw them away. They sure don’t waste time. There are no resources, it’s invented. Here, even when they have the resources, they buy new ones. And do you know something? If you want to buy a used bus, the county won’t sell it to you.”

I didn’t know that. I called the Miami-Dade County Department of Transportation and they confirmed it. You cannot buy used public service buses, whatever size they are, and there are three: the small ones for short routes, the medium ones and the articulated ones, for longer routes, such as those that connect with neighboring cities within the county.

María de Lourdes Jiménez, a psychologist, explains to me what happens to people’s obsession with private cars. “It’s a question of image. People want neighbors to know that they have multiple cars. It’s status, and that’s why they don’t put much pressure on politicians to improve transportation,” she tells me. There is also another factor: lobbyists for manufacturers are often lobbyists for cars as well, a duality that causes them to have divided loyalties. They feel they have done their job convincing mayors to change the public fleet once a year on a mandatory basis.

I have a Cuban car mechanic, of course, who for more than ten years has been the only one who’s put his hand on my car. He also has a say in this. “Spare parts, we have them. But it’s easier to change cars every five or six years. It’s to show to the neighbors. The problem is that they don’t take care of their cars because they know they can buy another whenever they want. I was a mechanic in Cuba, on the side. Over there there’s always work as a mechanic because the government’s ability to import is very low. They live on donations and here they don’t donate anything. That’s why here you don’t have to invent anything.”

In the end, the game of dominoes ended in peace. Manolo lost the match, but he educated the neighbors. Truth be told, he is one of the condo’s most popular residents.