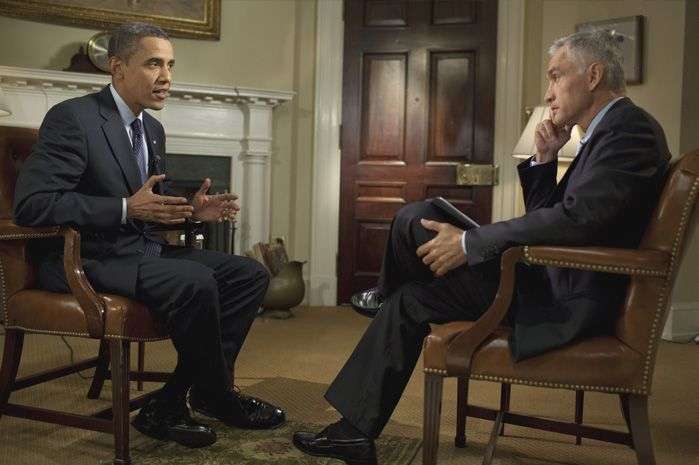 The administration of Barack Obama negotiates the release of former US contractor Alan Gross, arrested in Cuba in 2009, but without specifying whether there is direct contact with the authorities in Havana. The US President himself acknowledged that “we have been talking about how we can bring Alan Gross home for quite some time. We have been working through a variety of channels. ”

Obama was responding to journalist Jorge Ramos, who asked if the former employee of the US Agency for International Development (USAID) would be exchanged for the three Cuban agents imprisoned in the United States. “We remain concerned about him. First, we believe that he should have not been arrested, ” Obama stated only in an interview with Fusion, without answering another question of whether the” conversations “were with the government of Cuba.

After remainding of the facilities provided by his Administration for remittances and travel, closed the subject indicated that he had “no announcement” to make.

The White House issued a statement on the fifth anniversary of the imprisonment of Gross, specifying that “the release of Alan by the Cuban government on humanitarian grounds, remove an obstacle toward more constructive relations between the United States and Cuba.”

In December 2013, the Cuban Foreign Ministry expressed “its readiness to immediately establish a dialogue with the US government to find a solution to the case of Mr. Gross on a reciprocal basis, which contemplates the humanitarian concerns of Cuba linked to the case of four Cuban antiterrorist fighters who are imprisoned in the US “currently, there are only three Cuban agents imprisoned after the return home of Fernando González.

The diplomatic note contained textual statements by Josefina Vidal Ferreiro, director of the US Ministry of Foreign Affairs of Cuba (Foreign Ministry), who spoke in response to the letter from 66 senators to Obama.

Lawmakers in the letter offered their support for rapid action to obtain the release of former contractor. “We urge you to act expeditiously to take any step in the national interest to secure his release, and are willing to support his administration in the pursuit of this noble goal,” the text signed by two thirds of the upper house of US Congress read.

In May 2014, Josefina Vidal Ferreiro traveled to Washington and met at the offices of the Department of State Roberta Jacobson, Assistant Secretary for Western Hemisphere Affairs.

The Spanish newspaper El Pais said the foreign minister of Madrid, José Manuel García, carried a message from the White House for President Raul Castro, allegedly about former employee of USAID, during his official visit in late November 2014.

In March 2011, the Havana Provincial People’s Court sentenced former contractor to 15 years in prison for the crime of acts against the independence or territorial integrity of the Cuban state “by using info-communications systems outside the control of authorities to promote destabilization plans.”

The US government believes that the former contractor was arrested because of “their efforts to help ordinary Cuban citizens to have greater access to information through the Internet.”

Time Magazine Chooses fighters against Ebola "Person of the Year 2014"