byYoel Suárez Fernández
in Technologies of Communication and Media
0 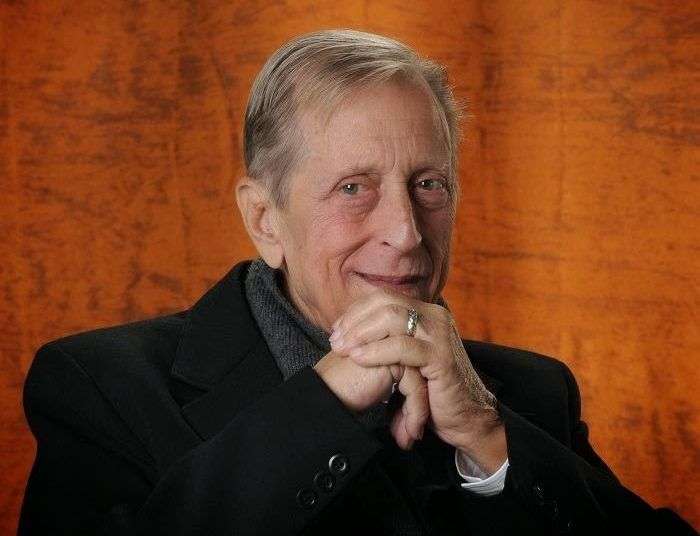 Twenty-five years is a lifetime; my life minus one year. A quarter century without Decembers. All the time Enrique Pineda Barnet did not attend the dark rooms during the New Latin American Film Festival (FNCL by its Spanish acronym).

In midst 1989 ¨La Bella del Alhambra¨ had been released via the National Union of Cuban Writers and Artists (UNEAC by its Spanish acronym) at Yara cinema. That was overflowing. The stairs were crowded, people dialogued with the film, spoke to the screen. The bitter Special Period was about to begin, tempers were extinguished; but something happened with La Bella …: the audience came out excited and hugged and kissed each other in the lobby, like a new year celebration. The film brought hope before everything to fall down.

Then Enrique thought: “Well, if they receive it so well, we will display it at 12 pm to receive 1990 ‘. This was done in all Havana cinemas and it was spectacular. In two weeks, two million viewers saw it in a country of just eleven. Nobody talked of something else. Movie fever indeed.

The film brings joy, but also some noise to the memory of Enrique: a kind of kelp that separated him twenty-five times from a Festival he loved.

EPB: “The film participated in the FNCL of 1989. Everyone expected a resounding victory; especially that of Beatriz Valdez, who became a diva at that time. Yours was a delirious success, people stopped her at the street, and applauded her.

However La Bella … won only in two specialties: music and art direction.

“The blow that Beatriz suffered was the most painful. They named her host of the award ceremony, and when she announced that the prize for best actress went to an Argentina actress, people in the theater kicked and screamed: justice ! Justice! justice! Beatriz ! Beatriz! Beatriz! They cheered her until she mourned.

“Two months later, the film won the Goya Award in Madrid; and then was nominated for the Oscars. Not to mention that it earned 17 awards at the 1990 Caracol Contest.

” So its absence from the laurel in Havana was noticeable and became more suspicious “.

YSF: But I know that after that a rare Coral Award came to the door of your house.

EPB: “The day after the awards ceremony of those fraudulent prizes, at the entrance of my apartment it appeared an identical trophy to the one the Festival granted. It said: ” Coral from the People”. Until today I do not know where it came from, but it was very emotional. ”

YSF: And these events led you to renounce to the Festival.

EPB: “As I am convinced that that was an intentional disqualification by resentment or envy, I did not participate ever. Hate hurts.

“The next day I submitted my resignation to ICAIC. I did not want to do with someone who despised me so much.

“Paradoxically, sometime later we coincided again, this time at the Embassy of France, when the Legion of Honor was granted to Loipa Araujo. Alfredo calls me; he was accompanied by the new consul in Havana. He introduces me and tells him: “he is Enrique Pineda, the best filmmaker of Cuban cinema nowadays. His film La Bella … has had a major success and it is something you cannot miss. “I was perplexed. Was it cynicism, irony or correction? I felt bad anyway. ”

Enrique has walked the inverse of the majority. The filmmaker hopes one day to get to the big industry, and begins usually with independent projects. In the late 1980s he filmed his last movie with ICAIC until ¨La Anunciacion¨ (2009 ) returned to the official production circuit because according to him by that date “there was a new ICAIC ‘. Since then he has produced more from the underground circuit than with ICAIC. He recently completed End, a short fiction film that he says is a joke, like First (1997), and ¨Upstairs and Aplausos, ¨a film he will begin shooting in early 2015, always with the help of students and friends.

EPB: “After La Bella … I went to Puerto Rico and made a film with the great American industry of millions of dollars, I am talking about ¨Angelito mio. ¨ But I was convinced that independence was more pleasant. Logically, it costs more because it is more valuable.

“Over time I have learned to ignore everything that is not needed, nonessential. Then I had the operation of hate because it really harms the one affected. And now I am learning to be forgotten. It is a find. Particularly here and in our intellectual means, everyone thinks he is the navel of the world, but currently there are many navels.

” People want to be indispensable, to become legends, to leave continuity, and that seems to me a ridiculous vanity. There are some Brazilian songs that talk about it. They are beautiful, but I do not think people should do things to win anything! “.

YSF: Now you return to FNCL competing in two categories…

EPB: “It already changed its direction, policy; and I wanted to participate albeit with something small as a sign of welcome to the new festival.

“I presented the short Upstairs that is the synthesis of my theory of dispensing. I also took an unprecedented feature film script called ¨Mi Virgen de la Caridad, ¨in which I have continued working and it has changed relative to the one submitted to competition. That is its 41st version. I’ve been writing it, leaving it, returning to it for over ten years. ”

YSF: What is the script about?

EPB: “I do not want to talk much about it. I try to make a very personal approach on what Our Lady of Charity means. It is an icon that contradicts itself every now and then. ”

YSF: I read somewhere that consecrated filmmakers do not compete. It seems that you disagree with that…

EPB: “I do not believe myself a consecrated filmmaker. I do not like the concept. I compete because I like to exchange views, it serves me as teaching. Each student, friend, every intelligent person suggests me changes and I feel I learn, learn, and always learn again” .