According to the United States-Cuba Economic and Trade Council, a private entity, the defendant companies are now Crowley Maritime Corporation and Seabord Marine, both based in Florida. 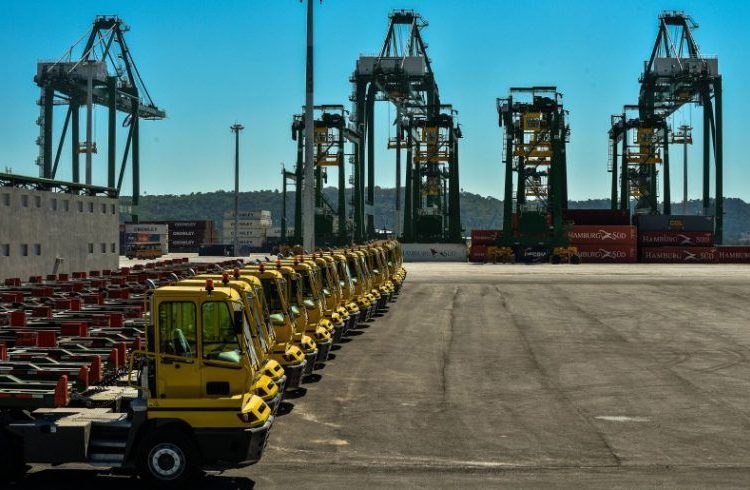 With the last two lawsuits directed against U.S. companies operating with the Mariel Special Development Zone (ZEDM), there are 32 active lawsuits in U.S. courts under Title III of the Helms-Burton Act for properties confiscated in Cuba after 1959.

According to the United States-Cuba Economic and Trade Council, a private entity that has been keeping track of the lawsuits filed since Title III of the also called Liberty Act was activated in 2019, the defendant companies are now Crowley Maritime Corporation and Seabord Marine, both based in Florida and with revenues of several billion dollars in 2019.

The plaintiff in both cases is Odette Blanco de Fernández, a Cuban-American, a member of a family whose properties were expropriated in 1960 by the government that came to power after the triumph of the revolution in 1959.

On land seized from that family, and the Carranza-Bernal and Carbonell-González families, the Mariel Special Development Zone (ZEDM) was created, a project of the Cuban government to attract foreign investment, noted the United States-Cuba Economic and Trade Council, headed by John S. Kavulich.

Before filing the lawsuits, Blanco de Fernández’s lawyers notified both companies in writing that they were “trafficking” in confiscated property to which she has rights “without her permission,” a procedure contemplated by law.

In the case of the Crowley Maritime Corporation, based in Jacksonville (northeast Florida), the lawsuit is due to the fact that for “several years” it has been sending container ships directly to the Port of Mariel terminal or participating in other shipments and benefitting from it.

In the case of Seabord Maritime, they allege that it has trafficked in confiscated property since at least May 2019, sending container ships from New Orleans or participating in and benefiting from other shipments.

The container terminal is on land expropriated from the Blanco Rosells that were part of a 70-year concession that gave them rights to “plan, study, execute, maintain and exploit public docks and warehouses” in the bay of Mariel, formerly belonging to the province of Pinar del Río, and to “build new buildings.”

Effective May 2, 2019, Title III of the Helms-Burton Act allows U.S. citizens to sue companies that profit from properties confiscated in Cuba.

Amazon, Visa, BBVA, Mastercard, Barceló, Pernod, Meliá, Expedia, Iberostar, Accor, Royal Caribbean, NH Hoteles, Trivago and MSC are some of the companies initially sued, although some of them have been later excluded for various reasons.

In an article on the occasion of the first anniversary, the Cuban-American Economic and Trade Council wondered if President Donald Trump’s decision to activate Title III had been a “judicial or political” success, but highlighted that its effect on foreign investment in Cuba has been “corrosive.”

The third title of the Helms-Burton Act, promulgated in 1996 by Bill Clinton and also called the Liberty Act for its declared purpose of promoting democracy in Cuba, was suspended until 2019, because successive presidents chose not to have problems with third countries.