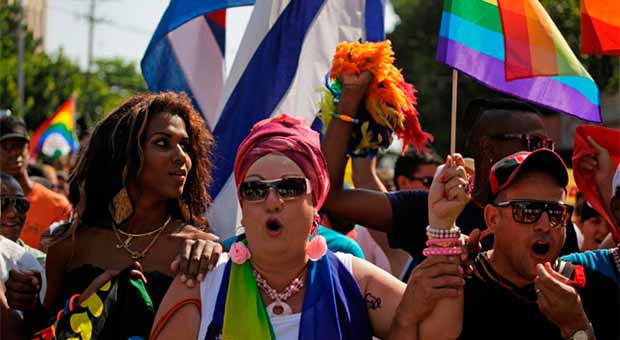 A delegation of the National Lawyers Guild of America (NLG) that will visit Cuba next March wants details on the new Labour Code, which prohibits employment discrimination based on sexual orientation and gender identity in our country.

In a letter to which I had access, the chairman of the Labor Committee of the NLG, Dean Hubbard, requested a meeting with experts from the National Center for Sex Education (CENESEX) to “discuss the rapidly changing social norms regarding Cuban gays, lesbians, bisexual and transgender. “

The expert, who will travel to the island march 8 through the 16 with a group of 10 to 15 labor lawyers and union leaders expressed interest in knowing ” if this change is affecting LGBT Cubans in their work , especially in the light of recent national legislation prohibiting employment discrimination ” against them .

“Legislation-he emphasized in brackets-we have not yet reached nationally in the United States.”

In this its 15th consecutive annual delegation, members of the NLG also expected to participate in exchanges with the National Union of Jurists and the Cuban Worker’s Federation, and attend the International Conference on the Protection of Labour and Social Security Havana.

“As in previous years, he said, we will write a report on our return to the United States with our observations on labor relations in Cuba, part of our small contribution to efforts to normalize relations between our two countries.”

He also noted that the “CENESEX has played a very important role in the evolution of standards in Cuba with regard to sexual and gender identity,” and thanked it in advance for the pre-arranged appointment.

“We believe that a meeting with CENESEX will greatly expand our understanding of Cuba and help us provide more detailed information about changes in the work to our colleagues of the National Bar Association of the United States. We believe that this meeting will help us to present a more complete picture of life in Cuba, “he said.

According to the letter, this organization of U.S. professionals has a long history of solidarity with the Cuban Revolution. “The NLG has fought against the blockade of Cuba since it was imposed, and has supported efforts to free the five Cubans unjustly imprisoned in the United States,” Dean Hubbard said.