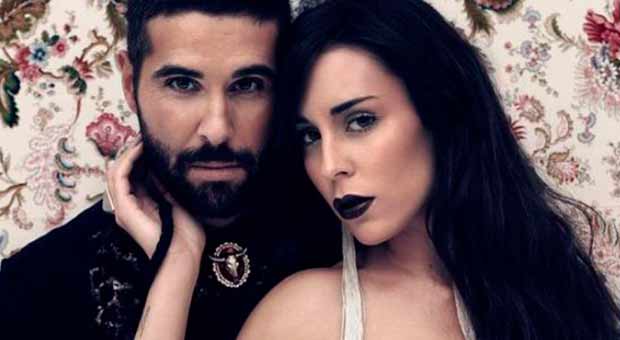 With a musical work focused on the fusion of the latest musical trends on the basis of flamenco and a strong aesthetic projection on stage and in their recording materials, the Spanish duo Fuel Fandango comes to Cuba to participate in the first edition of the Havana World Music Meeting (HWM).

This is the first appearance of the ensemble formed by Nita and Ale Acosta to the public of the island, which, according to what they told OnCuba, always wanted to know and now appreciate this opportunity as a dream come true.

Along bands and soloists from Cuba and other parts of the world, particularly from northern Europe, Fuel Fandango landed in Havana to show what they can do on stage and make honor to their worl acceptance, proven by the hundreds of thousands of copies sold of their three albums: Fuel Fandango (2011), Remixed (2012) and Thirteen Moons (2013) all with Warner Music Spain.

We sing in English and Spanish with a strong rhythm that mixes electronic music, rock, pop, soul, black music and flamenco, Nita says, although since our inception to date we show a work in progress.

Precisely from Flamingo goes much of the group’s image, she clarifies, and I am from Cordoba and flamenco is my root, I have sung it since I was 12 years a bit of everything is what we have come to show in the HWM.

“We got away from the labels and conventions, and it is very difficult to lock the music we make within a genre. We are the sum of many things, yet no one has managed to give a name to Fuel Fandango sound. ”
Why HWM?

It’s a great opportunity for the features of the meeting, meet and get to know us. We are young and open to all kinds of musical group variants, so we will be in an event where so many fashions and styles come together and that will do wonders for us.

We thank EME Alfonso for the invitation , I hope they can keep this initiative , not only to enrich the Cuban public , if not for the musicians have the opportunity to show our work and learn from each other .
After his stay in Havana which plans does Fuel Fandango have?

We have confirmed a series of shows in Europe and the United States to further promote our latest album Thirteen Moons.

When we finish the HWM we have programmed concerts in Bulgaria, Spain, two shows in Austin, Texas and New York as part of the 2014 USA Flamenco Festival, to be held from February 26 to March 23 with presentations of over 70 groups and artists in 33 theaters in 24 U.S. and Canadian cities.