According to a statement from the Office of Foreign Assets Control (OFAC), the New York-based company CGA agreed to disburse 5,864,860 dollars due to its alleged civil liability for 2,593 violations of the Cuban Assets Control Regulations. 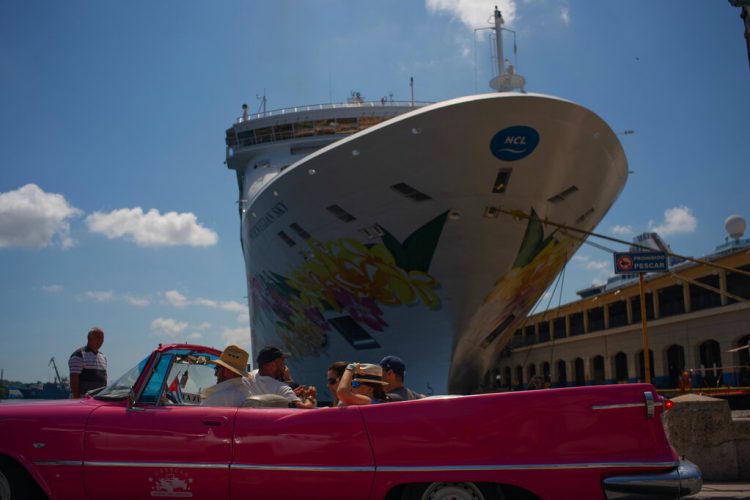 Tourists from the “Norwegian Sky” cruise ship tour the city in a classic American convertible in Havana, on Tuesday, June 4, 2019. Photo: Ramon Espinosa/AP/Archive.

According to a press release from the Office of Foreign Assets Control (OFAC), the CGA company referred payments related to Cuba to its Canadian affiliate “thereby avoiding processing reimbursement payments directly to Cuban parties and to travelers while they were located in Cuba,” the source said.

GGA, based in New York, agreed to disburse 5,864,860 dollars due to its alleged civil liability for 2,593 violations of the Cuban Assets Control Regulations, which forms part of the policies of the U.S. embargo on Cuba.

OFAC determined that the apparent violations constitute an “egregious case.”

According to Prensa Latina, the company joins other international institutions fined by the Trump administration during the last year such as the British bank Standard Chartered, Expedia Group, General Electric, Allianz Global Risks U.S. Insurance Company and the Swiss Chubb Limited.

Last May, the U.S. government also fined Biomin America, a Kansas-based company specialized in animal nutrition, which between July 2012 and September 2017 carried out thirty transactions of agricultural products to Cuba through its subsidiaries abroad, for a total of 44 violations of OFAC regulations.

Although the sale of food to Cuba by the United States is allowed, the United States exporter needs to inform the Department of the Treasury, which issues a permit through the Office of Foreign Assets Control.

In a statement, the Treasury Department explained then that although it should have requested the export permit, the company “failed to take the steps necessary to do so” but rather “developed a transaction structure that it incorrectly determined would be consistent with U.S. sanctions requirements.” Since it was not a deliberate attempt to hide something, the Treasury Department determined that it was a non-egregious case.

Russia to deliver seven new locomotives to Cuba this year